Giving a refreshing perspective to what Singaporeans know as influencers, The X Collective (XCO), a subsidiary of SMRT Commercial, recently launched its latest brand campaign, #XCOinfluencer.

The #XCOinfluencer campaign touts XCO’s digital OOH assets as influencers with seriously extensive islandwide reach who can hold their own, versus social media influencers of the day. 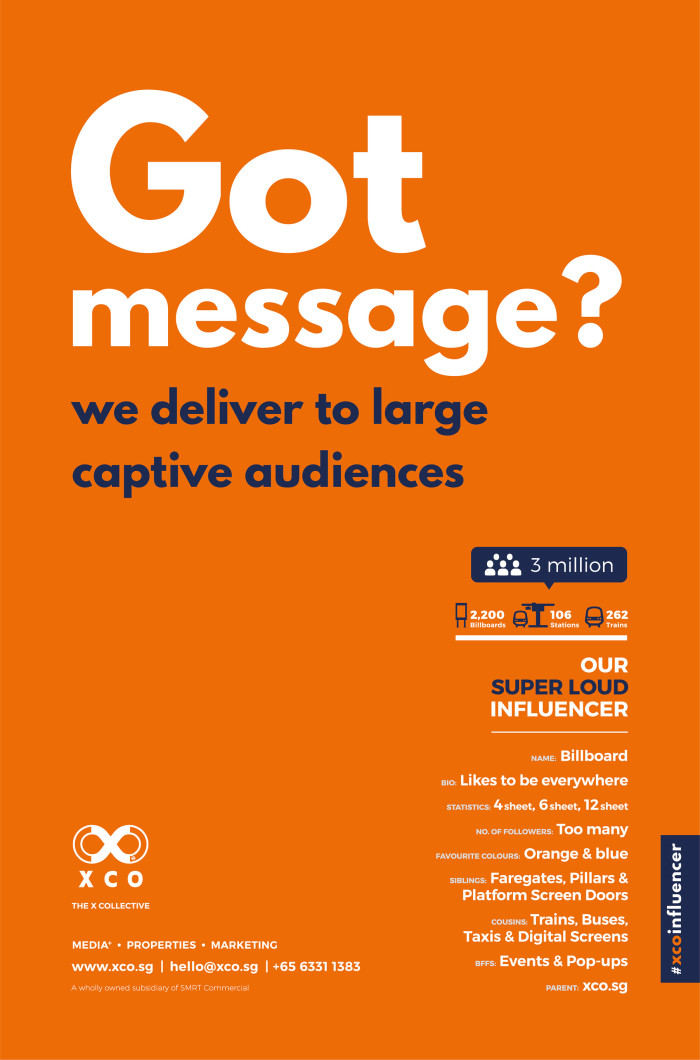 Created in-house by XCO’s marketing arm, the tongue-in-cheek #XCOinfluencer campaign celebrates its assets including billboards, digital screens, buses and mobile trucks as “Super Loud” and “Cannot Miss” influencers with impressive statistics that deliver messages to a wide spectrum of audiences.

“OOH advertising offers brands many activation possibilities. The XCO Influencer campaign, which was created in-house, is a signatory showcase of the extensive assets that our advertisers and partners can use to reach the millions of commuters, drivers and pedestrians who interact with us daily,” Low said. 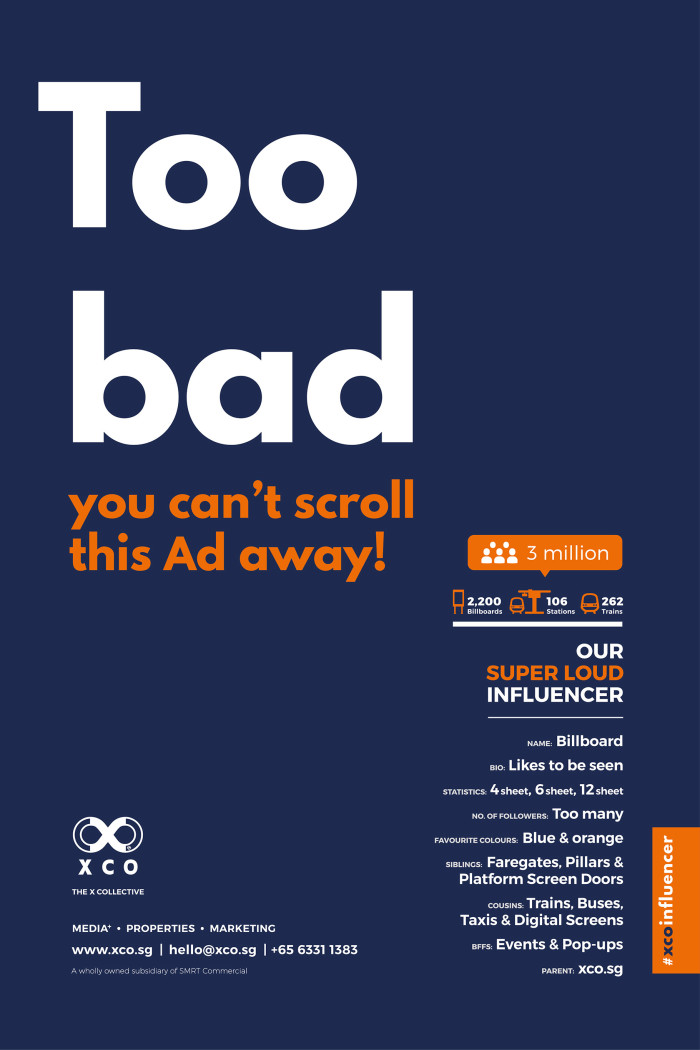 As a transit retail and media specialist, XCO’s capabilities extend through the value chain – from digital OOH advertising, marketing to retail management. Besides that, XCO is also able to connect and engage with consumers online via its award-winning CRM programme, WINK+ and e-commerce site iMOBshop.sg.

XCO’s wide network of influencers can provide a total brand solution from raising brand and product awareness to activation for engagement and immediate call to action.