On 21 January, the dedicated Disney Hub was launched, offering playlists, soundtracks, and podcasts for Disney fans. Users can enjoy their favourite songs from modern Disney and Pixar films, Asian-language versions of Disney music, and classic soundtracks, to name a few.

“Together with Disney, we’ve curated a magical hub of songs, playlists and soundtracks that is easily accessible for Disney fans of all ages. We’re delighted to partner with Disney to bring this experience to our listeners as we continue to focus on making discovery as seamless as possible,” said Eve Tan, head of music culture & editorial, Spotify Southeast Asia.

In addition to the international playlists, Spotify has also curated a localised Disney playlist for Hong Kong users featuring Asian artist versions, including a rendition of Can You Feel the Love Tonight by Beyonce and Jacky Cheung. 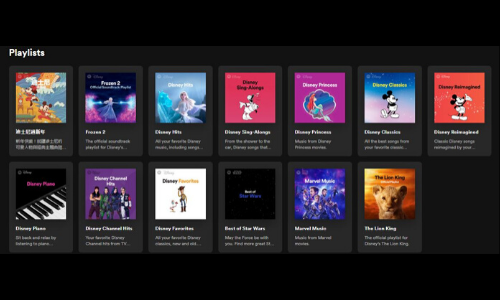 “Music has always been a key ingredient in how Disney delivers magical entertainment and memorable experiences to audiences around the world. With this launch, The Walt Disney Company continues to enjoy an incredible collaboration with Spotify in the region,” commented Tom Batchelor, vice president, studio operations – APAC & Studio – SEA, The Walt Disney Company.

Spotify has also unveiled the Disney Favourites list in Hong Kong. And yes, Let it Go is number one. Apologies parents, but prepare for another round of it invading your skull and refusing to leave.

7. “Do You Want to Build a Snowman?” – Agatha Lee Monn, Katie Lopez, Kristen Bell (from “Frozen”)

10. “You’ve Got a Friend in Me” – Randy Newman (from “Toy Story”/Soundtrack Version)

Sunway Hotels doubles down on Indian travellers in marketing push

Meanwhile, Sunway Group, the parent company of Sunway Hotels and Resorts, also rolled out a Deepavali video highlighting the impor..

Hong Thai (康泰) has embarked on an emotional branding effort to appeal to families in Hong Kong...