Chinese conglomerate Fosun has purchased travel group Thomas Cook for US$14.2 million, meaning that the British travel group will be able to return to business later this month.

The Hong Kong-listed investment company was already the biggest shareholder in Thomas Cook (and also owns France-based resort giant Club Med) but under the terms of the purchase agreement it now takes full ownership of the brand rights to Thomas Cook as well as its subsidiary hotel chains Casa Cook and Cook’s Club, it said in a statement on Friday.

A report from Foxnews said the relaunched Thomas Cook, which has faced an extremely public collapse, will relaunch as an online-only agency. Fosun had previously backed out of an eleventh-hour deal to keep the debt-plagued company afloat.

Fosun chairman Qian Jiannong said in a statement that the acquisition of the Thomas Cook brand, “…will enable the group to expand its tourism business, building on the extensive brand awareness of Thomas Cook and the robust growth momentum of Chinese outbound tourism.” 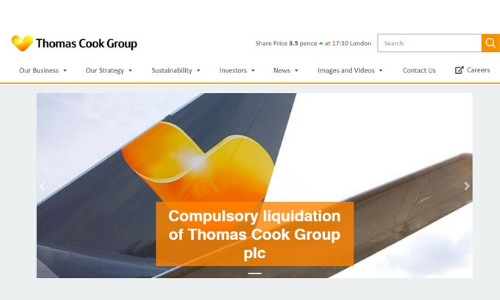 In September, Thomas Cook, a 178-year-old British institution had declared bankruptcy after failing to secure US$250 million from private investors. Its 555 brick-and-mortar stores in the UK had struggled to survive against fierce online competition over the years, but it also blamed Brexit uncertainty for a drop in bookings before its eventual collapse.

The company’s demise resulted in 22,000 job losses worldwide and triggered the UK’s biggest repatriation since the second world war, with the British government footing to the bill to fly home 140,000 stranded tourists.

Is this the death of rap?

When rap stars are selling cornflakes and Hot Pockets, it probably is...

Both offices will employ sales and customer service professionals for both the event and hospitality sides of the business...

Benjamin Li, marketing & PR director at Grey Group Greater China, has left the agency, about a year and half after joining...

Among the list of sponsors and supporters include title sponsor Suzuki, official sponsors Men's Biore and Yanmar, as well as regio..

SEE how marketers will spend in 2014

The growth of mobile and online advertising may strain Hong Kong's new free-TV channels, with four out of five marketers saying th..