Tempo has launched a TVC and a Facebook game that takes relationship drama to the next level.

In the TVC, two girls compete to show off their boyfriends' strengths, only to find out it is the same guy.

Below is a longer version of the TVC:

"This is a metaphor for the brand message of Tempo, which is that our tissues strike just the right balance between softness and strength."

She adds that the brand has been promoting this message since 2009, a step up from its prior brand message that its tissues will simply remain tough when they are wet.

"That covers the functional benefit of our tissues.  The emotional benefit we wanted to get across through the TVC is that the tissues are an indispensable ally that you can rely on," said Ho.

With women as the main characters in the ad campaign, it raises the question of whether or not men are left out.

"Like many other household products, tissue is mostly bought by women but the TVC doesn't alienate men as long as it is well-produced.  Some men might even smile and think, 'My girlfriend brags about me to her girlfriends too.'"

In the Facebook game, users are asked to submit a photo of themselves and run it through software that plasters their face onto the boyfriend in the TVC.  Around 2,000 photos have been submitted in the last three days. 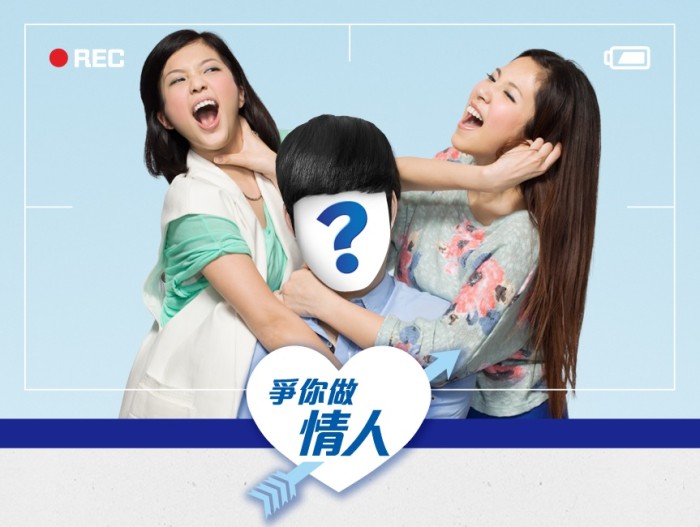 Ho added: "If you go onto YouTube, lots of people have parodied our ads in the past.  Since people were creating Tempo-style videos, we thought, 'What if we made them the main character of our TVC?'"

She adds that it creates consumer engagement that helps the concept behind the TVC go viral on digital platforms, especially because people will share videos of themselves with friends.

"Some users even took photos of their cats and dogs," Ho said.

When it comes to tissues, many brands rely on price discounts to keep sales numbers high.

"Since SCA took up the Tempo brand in 2007, we did not reduce our investment in branding.  We believe that if you keep investing in the brand, business will come to you," Ho said.

She added, "Our tissue products are the most expensive in the market yet we have about 70% of the market share in paper handkerchiefs in Hong Kong and we've topped the city's box facial tissue market in terms of sales.  We think building the brand's premium image is the way to go for securing long-term business."

The brand established a dedicated mini-site for the campaign, whose URL is mentioned in the TVC.  There is also a QR code linking to the website in static ads placed in newspapers, magazines and as online banners in media websites.

Unexpectedly, the bus body advert is also a highlight of the campaign, where visuals of the women are perfectly positioned so that they are reaching out of the windows of a double-decker bus to fight over tissue the way they fought over a guy. 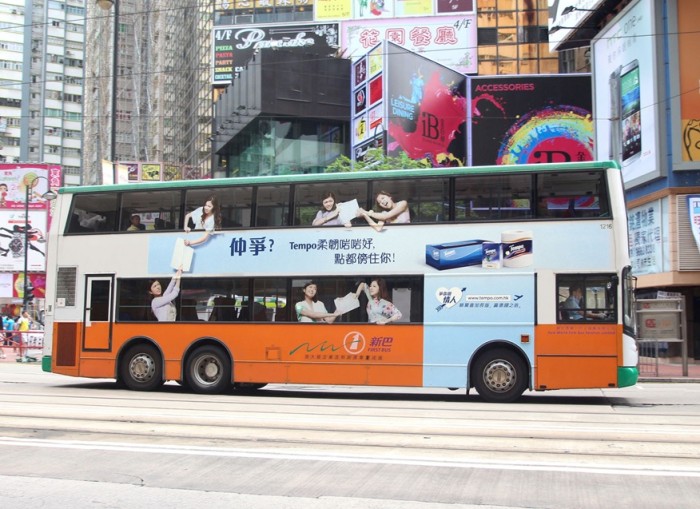