Lagardère Sports has been at the forefront of professional golf in Asia for nearly 25 years.

During this time, the organisation has become widely regarded as the market leader in the region for running some of Asia’s biggest golf tournaments – in terms of television, sponsorship, marketing and event management.

At present, it handles the SMBC Singapore Open and the Emirates Australian Open, and since the mid-1990s, it has run nearly 200 professional tournaments.

Lagardère Sports’ US golf division is also one of the major driving forces in the world of golf, managing superstar golfers Phil Mickelson and Jon Rahm, and it also looks after the Safeway Open on the US PGA Tour. 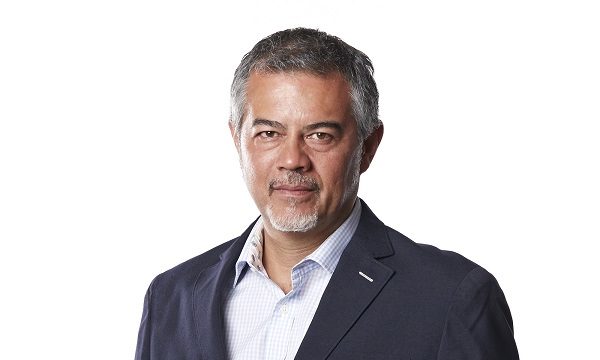 Patrick Feizal Joyce, senior vice-president of Golf – Asia at Lagardère Sports, shares his thoughts on the upcoming SMBC Singapore Open and how the marketing community can leverage such high calibre events.

How are preparations going for the 2020 SMBC Singapore Open? What can the marketing community expect in terms of ad opportunities and partnership deals?

We are only three months away from the 2020 edition – the tournament will be played from January 16 to 19 – and our marketing and communications plans are pretty much in place.

We will soon be announcing which star players will play next year and much of our plans will be built around these names. We will have some great storylines built around the event – sponsors, players, milestones – which we feel will get the fans excited about the event.

As the Singapore Open is one of the region’s oldest and most established golf tournaments, it’s important the messaging also relates to the history and prestige of the event.

Golf has an established “mature” golf audience, but we are also trying to attract newcomers to the game, target the younger generation and bring in golf fans from overseas. Therefore, this needs us to work in both the old and new media space to maximise exposure.

We have developed a new campaign across all platforms and some exciting new social media ideas … all will be revealed soon. For brands and partners looking for a place in the event or an alignment, there are numerous avenues we can explore to cater to specific interests and budgets.

You have been involved in the Singapore Open since 2005. Sponsorship of golf tournaments in the region has slowed in recent years, do you see the situation improving in the near future?

In fact, our association first started with Singapore’s national Open back in 1996 and we relaunched the event in 2005 thanks to support from the Sentosa Development Corporation.

Lagardère Sports has been promoting golf tournaments in Asia since the mid-90s – we have managed well over 200 tournaments – and one thing that has been consistent is the fact the sponsorship of golf events has been cyclical.

That’s not to say we are experiencing a dip now, but what we have found is the clear shift in target audiences that brands are now focused on. This has meant more spend on different types of assets and sports.

That has perpetuated to what we see globally in accentuating the “entertainment factor” in golf in order to keep things fresh. That said, there will always be a market for “traditional golf tournaments” and those brands that view them as a cornerstone of the sponsorship platform.

SMBC renewed for three more years with the Singapore Open last year which is a testament to this and we are presently getting a lot of positive feedback in the market from clients wanting to align their brands with golf. 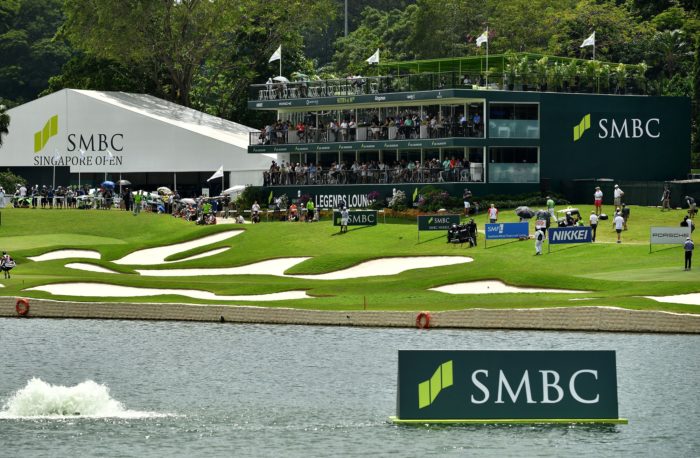 SMBC first became title sponsor in 2016 and renewed its contract in 2018 for another three years. Ultimately, what are the main reasons for SMBC’s continued support of the tournament?

For the Japanese financial institution, with its Asian headquarters in Singapore, the city-state continues to be a key component of its global strategy, as does Southeast Asia, and so Singapore’s national Open provides it with the perfect way to connect with this audience.

The tournament receives huge television exposure as well as extensive coverage in all forms of media so it is able to connect with millions of viewers.

As a strong, established brand built on trust and values, SMBC is also drawn to the qualities of associating itself with one of Asia’s most prestigious national Opens as well as aligning itself with golf – a game known for its sportsmanship and fair play.

With the unparalleled facilities at Sentosa Golf Club, the event also provides SMBC with the finest hospitality and client engagement opportunities of any sporting event in the region.

SMBC is also keen to help further promote the popularity of golf throughout Asia, as well as inspire a new generation of players.

We have seen golf tournament organisers introduce new elements such as concerts during event week. Tournaments have also made wholesale format changes such as the Belgian Knockout and GolfSixes in Europe to appeal a broader audience. Do you think these have been successful and is there a need to move away from the traditional appeal of tournament golf?

I think these have been healthy developments, some have worked better than others. Professional sport cannot sit still, it has to keep moving forward with fresh ideas.

Recently, we have also seen changes to the rules of golf to help the game become easier and more appealing to newcomers.

However, the basic qualities that have led to the success of tournament golf and allowed it to have a global impact have endured hundreds of years and will continue to do so.

Two years ago at the SMBC Singapore Open, we introduced the Discover Golf Carnival. This sees families and friends, golfers and non-golfers, attend a golf-themed day with loads of activities including: FootGolf, a Kiddy’s Golf Safari, Golf Croquet, and Golf Ball Tattoo stations. It’s been a huge success with thousands attending, emphasising the need to always introduce new ideas.

Social media has a young audience, and yet, golf has a much more mature fan base. As an event organiser in tournament golf, how do you balance your marketing efforts between traditional and new media?

Not so long ago, golf and social media were not really in sync with each other. Golf has always had the image of being an old man’s game, and here in Asia, a sport played only by the wealthy.

But over the years, that has changed and we have seen tours and promoters get involved with social media in a very big way. We still need to carefully balance which platforms we utilise versus more traditional marketing practices, but the digital and social media era is continuing to take a firmer grip on tournament golf and the way we operate. As the older generation becomes more social media savvy and digitally connected, the gap certainly isn’t as wide as it once was.