National Geographic UK is being teased by brands and netizens in Malaysia and Singapore after it erroneously posted an image of Gardens by the Bay on Facebook stating that the nature park was based in Singapore, Malaysia. The post has since been deleted.

In a swift move, Tourism Malaysia seized the opportunity to jump in and correct National Geographic, pointing out that the park is in Singapore while showing an image of the PETRONAS twin towers and stating: "This is Malaysia."

Malaysian cinema chain GSC was also quick to comment with a picture of one of its IMAX theatres and joked: "Also from the archive: An IMAX theatre built with vibranium in Wakanda, Johor Bahru. MGAG also pulled out the image of TM Tower, adding: "From the archive: Spiderman climbing up the Avengers Tower, New York City, Malaysia." 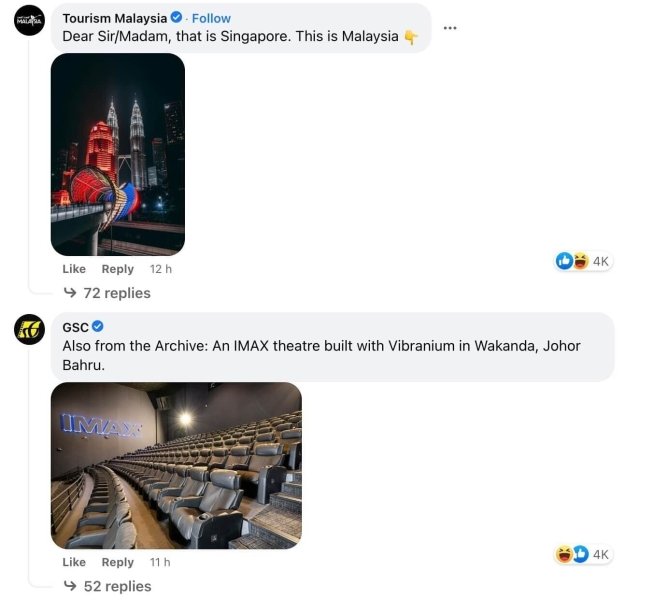 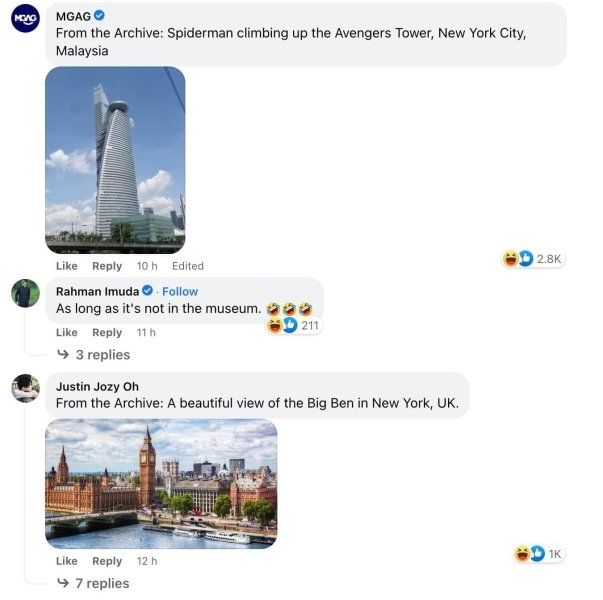 For the uninitiated, Singapore and Malaysia are former British colonies and Singapore was part of the Federation of Malaysia from 1963 to 1965. Singapore separated from Malaysia on 9 August 1965 to become an independent and sovereign state. Given the history, amused netizens chimed in too, with some netizens joking that Singapore is another district in Johor while another welcomed Negeri Singapura back to Malaysia, adding that Singaporeans can now enjoy cheap petrol without feeling guilty.

Meanwhile, another netizen took the opportunity to dish out some historical facts about Singapore's and Malaysia's past while another questioned if National Geographic UK was still living in colonial times. At the same time, taking a page out of National Geographic UK's book, some netizens also had their fun posting images of famous tourist landmarks with the wrong location. 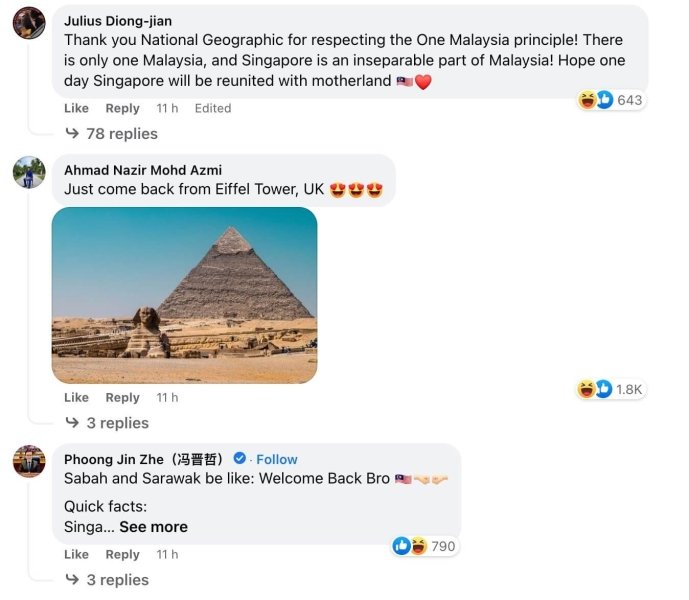 Some listed the pyramids as being the Eiffel Tower in the UK and Kelantan while another commented that Merdeka 118 is based in Kuala Lumpur, Malaysia, People's Republic of China. MARKETING-INTERACTIVE has reached out to National Geographic UK for additional information. 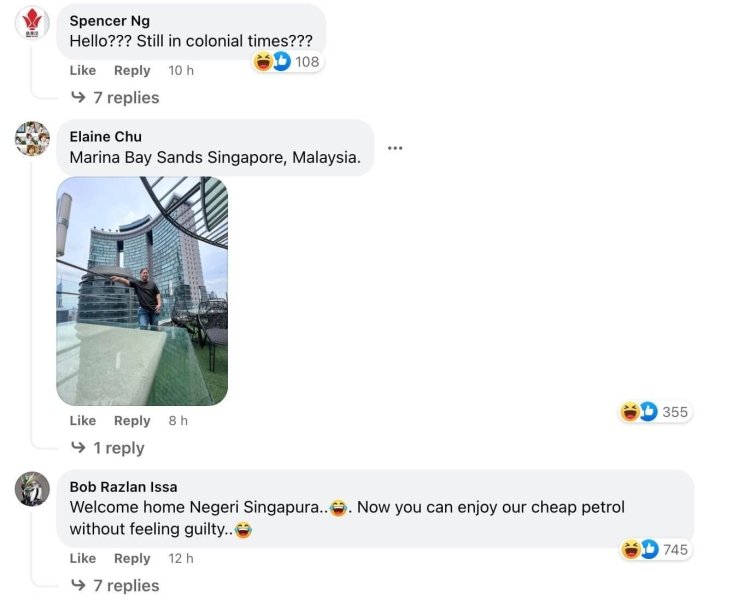 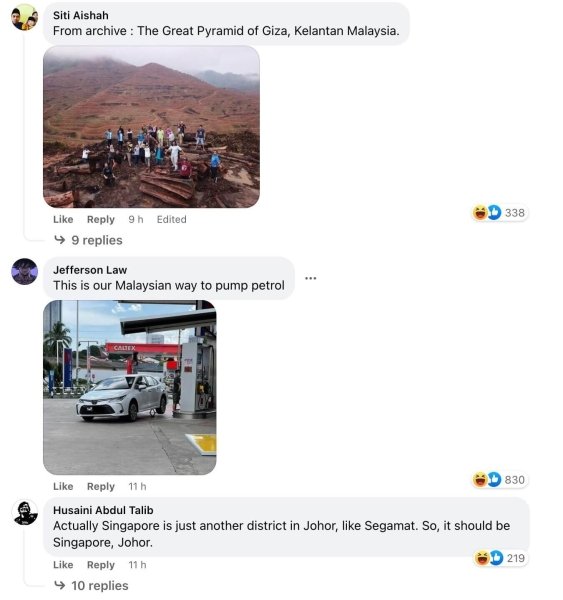 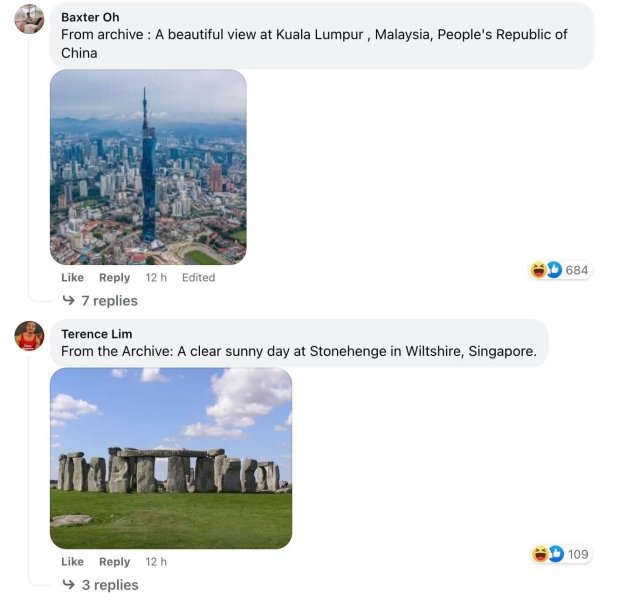 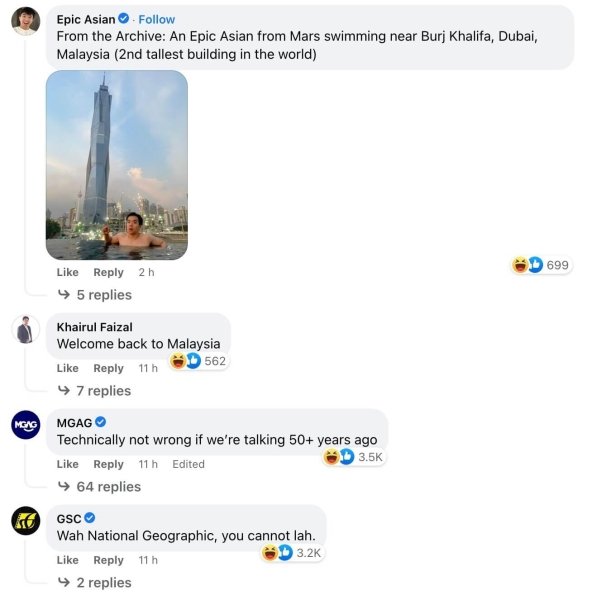 According to National Geographic UK's Facebook page, it describes itself to be "the world's premium destination for science, exploration, and adventure", from the best and brightest scientists, explorers, photographers, and filmmakers. This is not the first time a tourism page has made such a gaffe. In July, a Facebook page by Travel Scotland Goals drew chatter when it said that the Rain Vortex at Jewel Changi Airport was based in "Almondvale Shopping Centre, Livingston". This led to brands including OCBC Bank, Changi Airport, and Daikin Singapore putting their own spin to it.

Last year, netizens were also tickled when a Facebook post claimed Marina Bay Sands to be in Downtown Chattanooga, Tennessee. This prompted several brands including the Ministry of Culture, Community and Youth, SCDF, Carousell, and Changi Airport to trendjack.