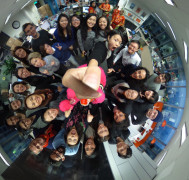 Clients that have had relationships with Jack Morton lasting more than five years have contributed 40% of the agency’s 2016 revenue.

New accounts over the past 12 months were The Peninsula, Tatler, HKGTA, Tesla and Dream Cruises, which have also contributed a 12% growth in new client business.

This Valentine’s Day, Jack Morton created a dynamic series of musical theatre performances for Cartier around peak footfall areas in Hong Kong to spread the love. Dancers encouraged people to post online using the #daretodeclare which saw a huge increase in social awareness.

The agency also extended its services to pro-bono to support AIDS Concern Hong Kong, designing a vibrant and engaging environment for its annual fundraiser; and One Sky Foundation, helping the organisation to raise more than HK$6 million in one evening.

2016 also saw Jack Morton Worldwide step into sponsorship marketing. Content marketing has also been established and is showing strong traction with clients. A major hire for 2016 was bringing Lucille Essey back to the agency in a new role as executive creative director.

With a low staff turnover (7%) and high tenure, Jack Morton looks to create an inspirational environment for its staff. 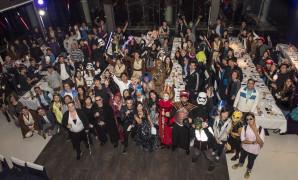 Last year’s bronze winner Uniplan climbs up the rankings to take home the silver in the category this year.

Uniplan prides itself on winning and keeping the unwavering confidence of the clients it services. It has worked with some of the world’s biggest and most recognisable brands, including Huawei, Art Basel, Mercedes-Benz, Rolls-Royce, and Mont Blanc, with no client losses last year.

One of the project highlights for the agency was the grand opening of Sands China’s Parisian Macao; it transformed the base of the Eiffel Tower into a large event stage. It also tailor-made an eight metre hot-air balloon to fly over guests and deliver the main characters on stage, along with a multimedia finale complete with choreographed fireworks and a stunning light show on the 525 foot tower. The evening ended with a pool-side after-party with international live band Liquid Blue and roaming performances, including caricaturists and magicians throughout the night. 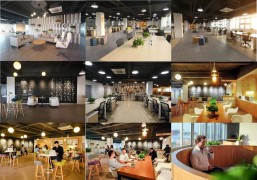 The past year has seen some great work rolled out for the FIA Formula E HKT Hong Kong ePrix, the Mercedes-Benz Hong Kong E-Class launch event, and the Jaguar Land Rover Evoque seesaw display in Shanghai. Located at Shanghai Expo Celebration Square, the seesaw display was suspended 45 feet off the ground and was 82 feet long. The seesaw balanced the Jaguar Land Rover Evoque convertible on one side and the Evoque Hardtop on the other. The event integrated both ATL and BTL elements in the five-week campaign.

The event had a live vote on Sina Weibo and the Pico team was tasked with setting up a voting system which saw the results of the vote broadcast live on an LED screen at the top of the seesaw which moved according to which car got more votes. When the online votes started coming in, the cars rocked back and forth in the sky.

While the Evoque Hardtop “won” the poll with 16,789 votes, it broke the world record for the longest vehicle seesaw at 25.077m (82 feet three inches) in the Guinness Book of World Records.

Getting both a finalist and Local Hero title in the event category is newcomer Joyous Communications.

Established in 2009, Joyous Communications is a PR and marketing boutique consultancy, with 18 staff, which aim to work efficiently with clients to build up their businesses and branding.

The agency achieved a retention rate of 100% in 2016, a year which many agencies would recognise as a difficult one. It also earned seven clients. The agency’s key clients now include Citibank, SmarTone, Sky 100 Observation Deck, Nan Fung Development, Sun Hung Kai Properties, Häagen-Dazs and Maxim’s Caterers.

One landmark campaign in the past year included The Law Society of Hong Kong’s teen talk, an education event designated for local high school students. The agency organised the event to the last detail – from recruitment, digital marketing to programme design, and more. The depth and attention to detail has resulted in two years of successful events.

Believing sampling and on-the-street promotions are the most unique, direct and effective ways to reach potential customers in the Hong Kong market, The Puzzle Marketing and PR landed as a finalist in the event and direct marketing categories.

Established in Hong Kong in 2006, the agency has been serving brands such as Toshiba, Quaker, Equal Sugar, Horlicks and Cadbury for event marketing strategies.

In 2012, The Puzzle was admitted as an affiliated member of the HK4As.

Last year, it helped Cadbur y Hong Kong to initiate a promotional event which included an “in-store magic tour” outside the entrance of retail stores such as PARKnSHOP, Wellcome, AEON and YATA.

It also had a “Cadbury fancy house” at outdoor locations to target family audiences.

Every year, it hires new staff and makes staff promotions through evaluation. The company currently has 30 internal staff in the office and over 800 frontline event promoters. The staff turnover rate was low in 2016 at about 4%.