The Smelly to Smiley campaign was launched in light to its recent Ambi Pur ASEAN Air Care Survey which showed that 91% of respondents in Malaysia felt that public toilets, public bus areas and public transport systems were among the smelliest places in the nation.

It also shows that the first thing most Malaysians would do to relieve unpleasant odours is reach for an air freshener.

The digital campaign, which is also Ambi Pur’s first, encourages the public to vote the smelliest public area in Malaysia on Ambi Pur’s Facebook page for Ambi Pur to go in and 'refresh'.

Goh Seng Jone, communications manager of P&G, told A+M the campaign is aimed to create a relevant brand engagement with consumers for a product that is commonly viewed as unexciting.

“We wanted to create talk for a hum-drum everyday product that is air freshening by looking at how people deal with bad smells within a cultural and localised context.”

The campaign is promoted via Facebook app, YouTube, radio spots and on-ground with roadshows to engage audience with the product efficacy.

For the Smelly to Smiley campaign, creative, digital and PR are executed by Geometry Global while media duties are managed by MediaCom.

The three-month campaign will run until November. 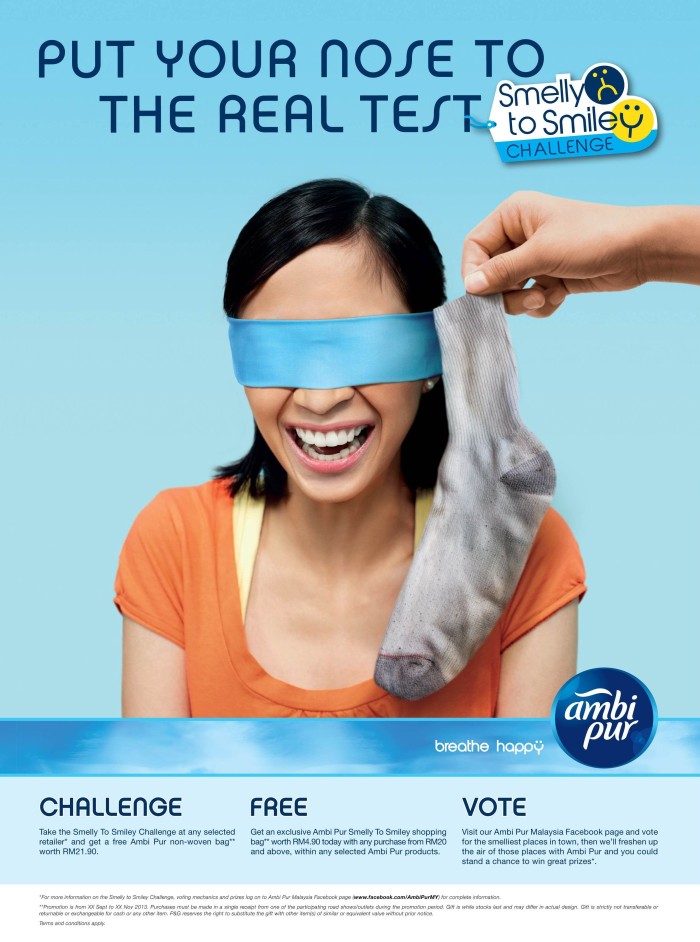