Facebook has unveiled plans to globally roll out ads on its Messenger interface, following beta tests in the Australia and Thailand market. This leverages on the 1.2 billion users which use the platform every month, according to a Facebook blog post.

Facebook users will see Messenger ads in the home tab of their Messenger mobile app. When they tap on an ad, they will be sent to the destination chosen during ad creation. This can be an advertiser’s website or a Messenger conversation.

This new offering will also give brands access to a new tool to engage with consumers for the new feature. Through the move, Facebook aims to give marketers an opportunity to expand the reach of their campaigns and drive more results. 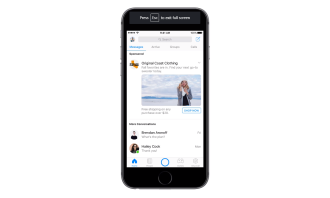 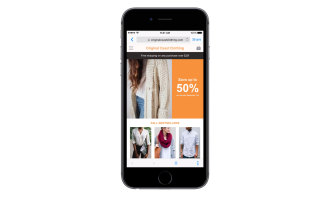 In a conversation with Marketing, Justin Peyton, chief strategy officer, APAC, at DigitasLBi, said that by allowing brands to advertise in Messenger, Facebook is just maintaining its strategy of building “private” spaces. This allows it to then integrate brand messages and ads once users have fully adopted the platform.

In addition, Peyton explained that for brands it represents a great opportunity to get mass reach on a platform where consumers are spending an ever increasing amount of their time. But this is not without risk for the brand, after all, users still see Messenger as their space.

“While Facebook won’t be putting ads directly into the conversations you have with friends, it will still be an interruption in a ‘private space’. Hence, this needs to be handled with care,” Peyton said.

As such, Peyton said it is important for brands to think about the value that they can provide to the consumer within a messenger environment. This needs to go beyond the screen “real estate” the brand can occupy within the banner.

“What I find most interesting is the potential for the future of these ads. Think about how Google uses Paid Search ads to provide you with links that are relevant and contextual to what you want in the moment,” Peyton added.

Getting context from ‘private’ conversations offers a new level of targeting to brands, but is also intrusive in a way that social channels have so far mostly avoided.

“But in my view, it won’t be too long before they try, and then we will see how much of their ‘personal’ space consumers are really willing to give up,” Peyton said.

Agreeing with Peyton is Matt Robinson, COO of Ambient Digital Group, who added that while the opportunity for exposure is great for advertisers, too much intrusion could backfire. This can hence lead consumers to have a negative impression of the brand. He added:

The onus is on Facebook, which has control over where the ads are placed, ensuring that the ads won’t appear within personal conversations.

For many other industry professionals Marketing spoke to, Facebook’s move towards Messenger ads did not come as a surprise. In fact, for Sunil Naryani, head of paid media at Asia Pacific, iProspect, the launch of Messenger ads in fact, it is a “natural progression” for Facebook to do so as the platform is in healthy state for the launch.

With a healthy user base, low response time and an easy-to-use interface, Naryani explained that Messenger has gained traction as a conversation platform of choice amongst family and friends.

“As people’s communication preferences shifted, Facebook began driving users to Messenger.  This enables brands to engage in meaningful conversations with their consumers. Hence the logical next step is sponsored ads,” Naryani said.

For Stanley Clement, managing director at Society Malaysia, the move also follows Facebook’s recent changes to the platform which moved it from a “mere messaging app” into a discovery platform on its own.

“This move will make building connections with audiences a lot more seamless, as for one, the ad appears in the home tab of the Messenger app. From here, brands are able to engage the audience immediately as a continued conversation through Messenger, or direct users to their website,” Clement said.

The move can hence enhance the user’s experience and increase the chance of a user engaging with the business chat engine as they are already within the chat environment.

Meanwhile, Ambient Digital Group’s Robinson added the move is a timely one especially with other messaging apps such as Line and Viber already running ads on their platforms.

“This is great news for brands as the clean interface and less clutter in messaging apps makes it harder to ignore ads,” Robinson added.

With chatbots rising in popularity and becoming a preferred mode of communication amongst Millennials in Asia, Robinson explained that brands can use this platform to seamlessly connect with this audience.

How should brands ensure a seamless experience?

Above all, regardless of the channel or medium, brands need to remember that users are not interested in ads that are not relevant to them. This was according to Ryan Ong, managing partner of Kingdom Digital.

Consumers nowadays prefer to build relationships with brands based on their experiences instead.

“Therefore, the key would always be for brands to create and develop personalised and engaging ad messages that resonate with its target audience,” Ong explained.

According to iProspect’s Naryani, a goal for brands should be to start a conversation at a relevant time to a relevant consumer, engaging in a two-way discussion. This must give the brand natural inputs that will ultimately strengthen their understanding of their consumer base.

Brands also need to effectively establish a consumer connection in Messenger. In doing so a successful conversion should happen without the user ever leaving the platform. If an ad leads the user out of the Messenger environment quickly, the feature is not really being effectively leveraged, Naryani explained.

“Similarly to what we’ve seen from WeChat, consumers should be able to both start and finish the journey within Messenger,” Naryani added.

In order to utilise this new feature, brands need to already be engaging with their consumer base via Messenger, as this placement only allows businesses to target people that have previously messaged their brand page.

Marketers should proactively be engaging and building a Messenger strategy prior to launching ads across the platform.

1. Organically drive adoption of the Messenger platform – You can add buttons or plug-ins to your website that will direct people to Messenger and provide an opportunity to engage in a conversation.

2. Using paid ads, drive users to the Messenger platform instead of your website – This encourages a two-way conversation and will build your potential target population.

3. Spend time and effort working on a chatbot strategy to ensure that once a user is in the Messenger platform that they have a seamless experience.

Meanwhile, Society Malaysia’s Clement is of the view that the formats in which the ads are created needs to adapt to the environment. In addition, the extension to business chatbots should be seamless and comprehensive.

“Without this in mind, the user experience with the brand will be less than ideal,” Clement said.

"With this new structure, we are giving our digital businesses room to grow beyond serving just AirAsia and in becoming major tech..

APAC marketers today are still largely focused on single vector metrics that measure past success or single points of campaign per..

The appointment comes as the government body looks to launch a global tender in the near future...

Retailers are now looking to poach rivals' customers via social 'conquesting' on Twitter. ..

Innovation and big data analytics are key to future success

70% of those surveyed say that they will prioritize innovation, and 95% believe that innovation is increasingly significant, accor..