Users have impersonated brands on Twitter after Elon Musk changed the criteria for acquiring a verified account. Under the change a user only has to pay for a US$7.99 monthly subscription to be verified on Twitter.

This has seen several well known brands such as Pepsi, Nestlé and Tesla being falsely represented by fake accounts. A quick check by MARKETING-INTERACTIVE has shown that @PEPICO has tweeted "Coke is better" and it received 14.8k likes. The account has been taken down, but a screenshot was taken by @MarkJacob16 and posted on the platform which received 88.9k likes. The official Pepsi Twitter account has not addressed this issue. 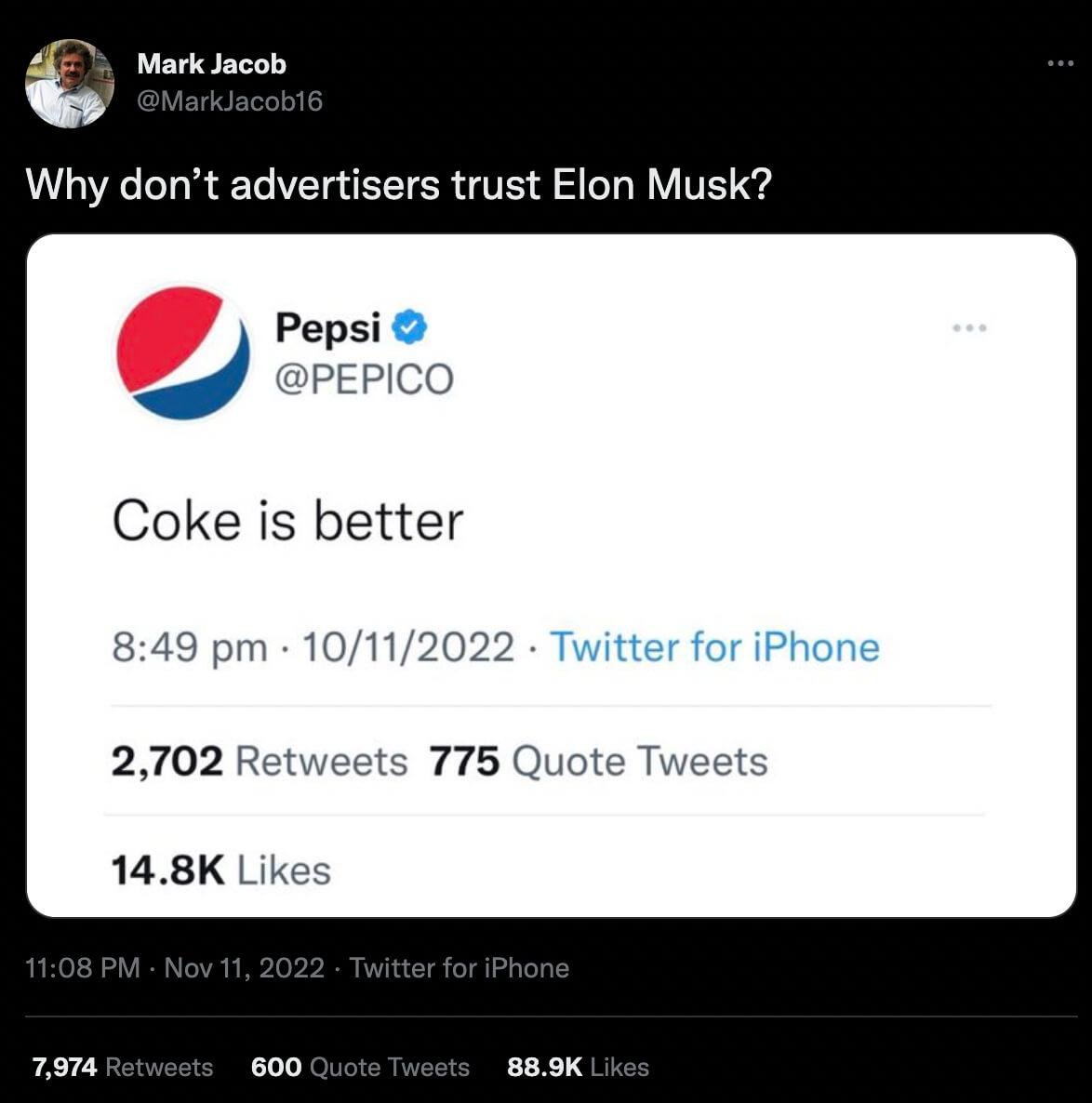 The famous F&B company Nestlé was also targetted and the tweet "We steal your water and sell it back to you" was posted by @NestleDeathCult that has a verified blue mark. It garnered over 44.9k likes. The account was also taken down. Nestlé's official account has not given a statement on its account. 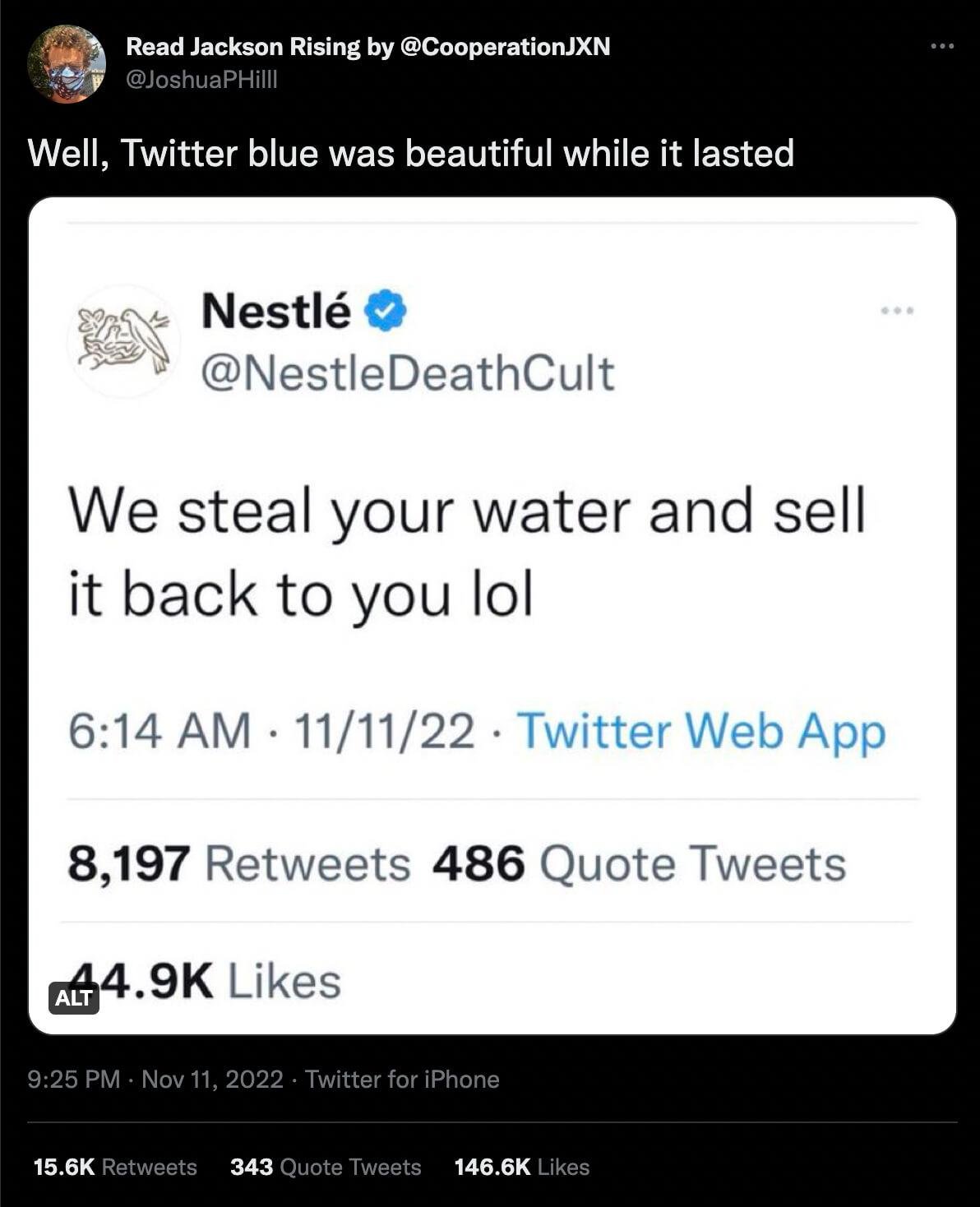 Musk's very own company Tesla was also a target. @TeslaReal has posted "BREAKING: A second Tesla has hit the World Trade Centre". MARKETING-INTERACTIVE did a quick check, and the account still exists but the tweet can't be found. Musk's automotive company has not given an official statement on its Twitter account. 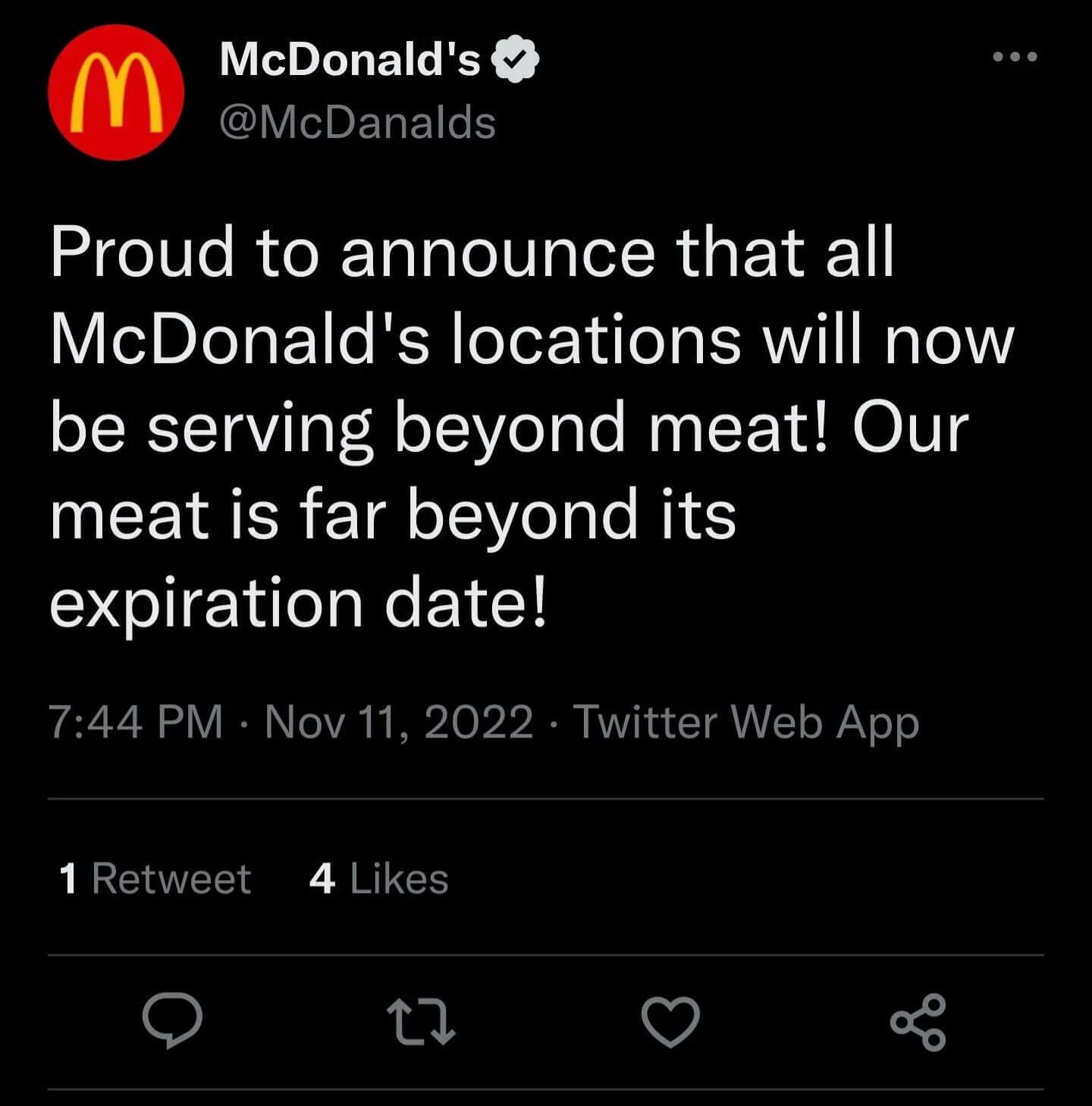 An American technological company that sells arms and planes also had a fake account trying to impersonate the firm. The fake account said that it would stop selling weapons to other countries, and it garnered 195k likes. On its official page, business is as usual and it has no mention of the fake account. Nintendo was also impersonated where instead of words, the fake account tweeted a photo of the iconic character Mario pointing a middle finger. This post received 157.8k likes. The official Twitter account has not commented on this incident. 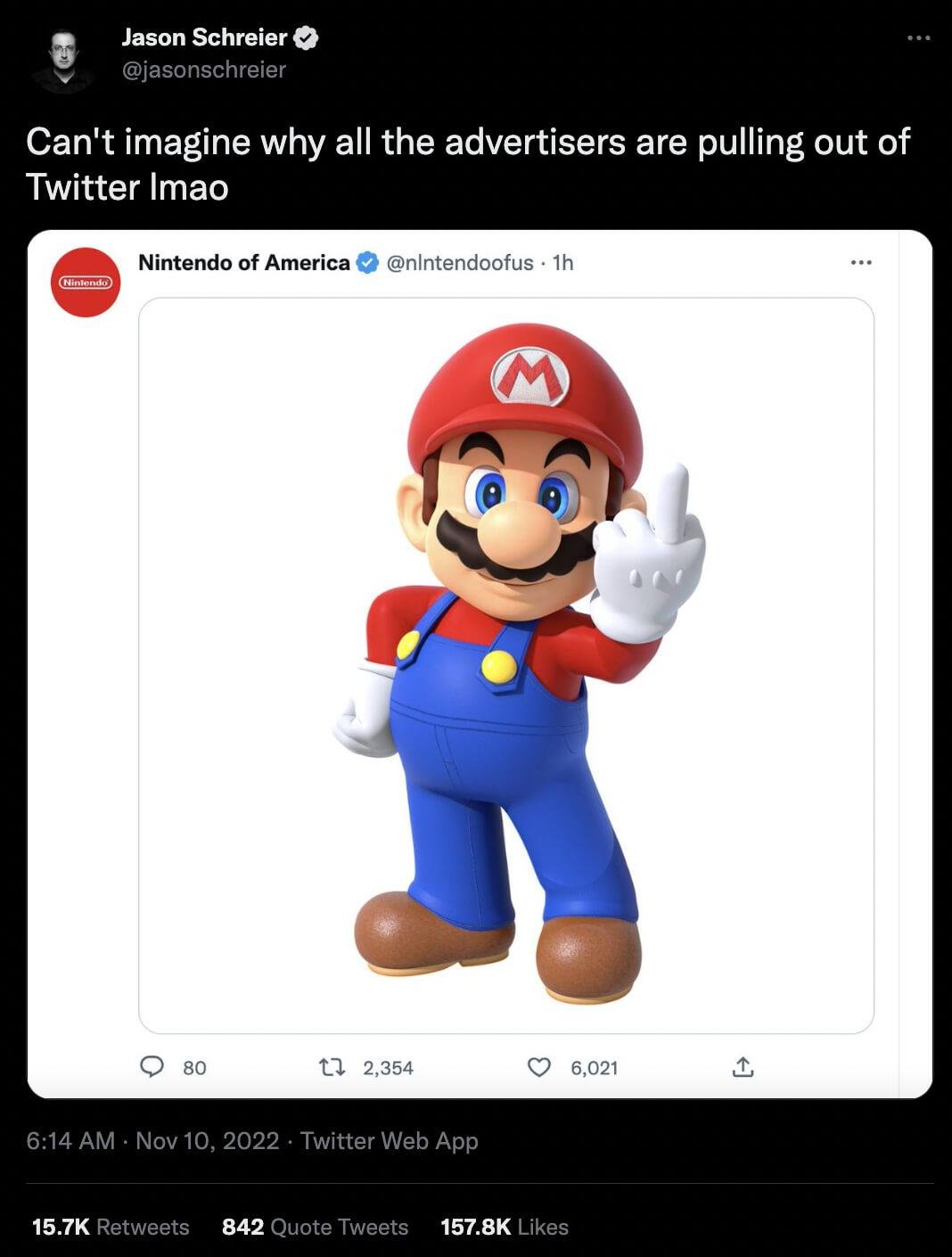 This new function that Musk rolled out has become problematic. So it comes to no surprise when big brands have paused their ad spend on the platform and these brands include Forbes, Dyson, Mazda, PBS Kids, Walt Disney, NBCUniversal, Cole Haan and Coca-Cola. Currently, around 90% of Twitter's revenue comes from advertising, despite it being far behind Facebook's and Google's.

Twitter first launched the service earlier last week in its iPhone app, but as of Friday, the option was no longer available. The platform has become a hotbed for misinformation as many players acquired checkmarks to impersonate brands, politicians and celebrities.