As we mark the quarter-centenary of the appearance of what is credited as the first digital banner advertisement, it is a good time to consider how this medium has evolved, and look at where it is headed for advertisers.

Initially, mostly through trial and error, and subsequently with more twists and turns than the Marina Bay Street Circuit, the journey online advertising has taken since 1994 has been at breakneck speeds to bring us to where we are today.

The first digital advertisements back in the 1990s, gaudy rectangles of spaces entreating readers to literally “click your mouse right here”, would be museum pieces now if they had a physical form. But what it served to do was set the industry on the path towards programmatic advertising, an approach which is still opening up new and unique inventory for marketers.

The programmatic buying of audio ads

If we consider the success programmatic display has had in other areas of advertising since the 1990s, it might come as a surprise how programmatic audio has yet to live up to its huge potential. It has been held back for so long by the ambivalence of publishers and the need for technology and standards to serve it.

But just as a decline in popularity of analogue television spurred the rise of digital services, and in turn, the technology used to support programmatic TV advertising, the same can now be said for audio, as online radio and streaming platforms increasingly take up the slack from falling traditional audiences.

A growing number of people are using music-streaming services such as Spotify, making digital audio, both as a medium and an advertising opportunity, a trend that is impossible to ignore.

These audiences are becoming huge. According to market leader Spotify’s own figures released in April, more than 100 million users worldwide now pay for its premium service, while a further 117 million are active users who are served audio advertisements.

The streaming service’s combined listenership has represented growth of 26% over the past year and Spotify isn’t alone in this with many others joining the fray.

Programmatic audio doesn’t stop at streaming, with podcasts going through a golden era right now. A survey by Edison Research recently found the total number of people who have ever listened to a podcast had passed 50% for the first time, and a third of Americans now say they have listened to at least one of these broadcasts in the past month.

Turning to mass-market audiovisual sites have become as commonplace as buying a carton of milk: Edison found more than half of the US population have used YouTube specifically for music in the past week.

Similarly, audiences who stream their radio stations over the internet have doubled in size since 2012, growing from one-third to two-thirds of the population today. And time spent listening to online audio has reached a record high this year, with weekly listeners consuming an average of 17 hours of content each week. 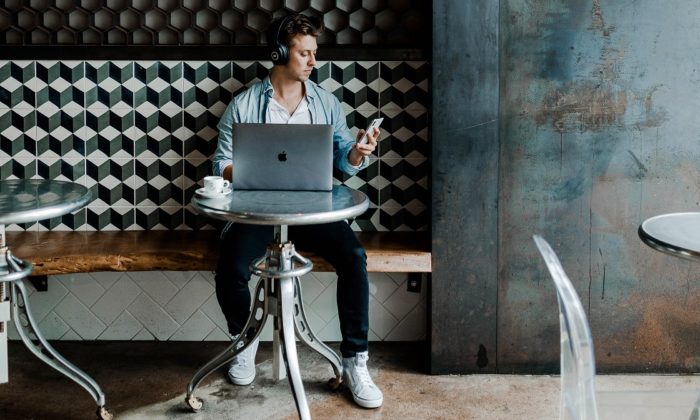 With our inventory across all the top streaming audio platforms and publishers, we are also seeing this at Verizon Media. We are also becoming deeply familiar with the benefits programmatic audio can present to advertisers.

We are seeing that audio listeners are highly engaged with their audio content over both desktop and mobile, making it a premium form of advertising. Compared to the saturated marketing messages seen on many visual platforms, audio advertisers buy time that is theirs alone and do not need to compete with other advertisers.

Marketers tell us that audio advertising can express a brand’s personality more easily than through the written word, and they are finding this format can give a more lasting and memorable impression. With up to 90% of audio users streaming through headphones, a brand can more easily form an intimate bond with individual listeners, and enhance the experience by serving personalised messages.

Results from an audio ad campaign conducted by A Million Ads found that listeners exposed to a personalised ad were 2.4 times more likely to convert than listeners who heard a generic ad.

These are a few of the reasons why marketers believe digital audio is brimming with potential now that technology is available to scientifically personalise campaigns while eliminating malicious advertising, as Verizon Media can do with our proprietary fraud guarantee technology.

It takes some consideration before a brand can adapt its visual advertising to an audio format. First-timers should consider that ads lasting between 10 and 30 seconds are considered a best practice, but unlike many other forms of advertising, size isn’t everything. Sometimes shorter ads perform better and aren’t seen to be as annoying, especially when interspersed between a listener’s favourite songs.

First-timers should work out the ideal frequency of their slots by assessing their campaign goals. It is commonly recommended that ads are broadcast three times a week, but those who are looking to build brand awareness should consider a higher frequency. On the other hand, longer term campaigns might prefer less regularity.

It goes without saying that an advertiser should focus on engaging audiences, not annoy them, so audio should be kept fresh and updated with a clear call to action contained in the copy.

Given the programmatic nature of this advertising format, multiple versions of an ad should be made to personalise messages to various listener groups. Likewise, sufficient attention should be paid to the targeting options that programmatic audio spots provide, such as timings, the listener’s gender, age, language and the contents of their playlists.

Those looking to dip their toes into audio ads or include them in their current campaigns can consider companion ad banners that provide click-through opportunities. These will complement call to action scripts or messages, and also provide continued brand presence after the audio ends.

With podcasts alone projected to become a billion-dollar industry in America by 2021, according to an authoritative study by PricewaterhouseCoopers, and the overall value of audio advertising recorded at $2.3 billion, confidence in the medium is growing just as quickly. Brands who want to talk to their market are now doing so through the power of programmatic audio campaigns.