The term “5G” is all the rage today, with companies and governments jumping on the trend, fascinated by the improved connectivity it will bring to consumers and citizens. In June this year, Singapore’s Infocomm Media Development Authority (IMDA) and the National Research Foundation announced that they have set aside SG$40 million to build an open and inclusive 5G Innovation ecosystem. Meanwhile recently, Malaysia’s communications and multimedia minister Gobind Singh Deo said the 5G roll-out will most likely begin in mid-2020.

While most individuals are fixated on the potential of faster Internet connectivity, the impact of 5G will go beyond the phone. In an interview with Marketing, Mark Melling (pictured below), Verizon Media's 5G lead for EMEA and Latin America, as well as head of RYOT Studio, EMEA, said 5G is “a revolutionary new foundational tech” that will unlock existing technologies that are unable to scale bigger for mass consumption, such as AR, VR and AI.

With 5G, technologies such as AR and VR will be brought to the forefront of consumers’ daily lives and it will enable them to consume content a lot faster than many would predict, Melling added. 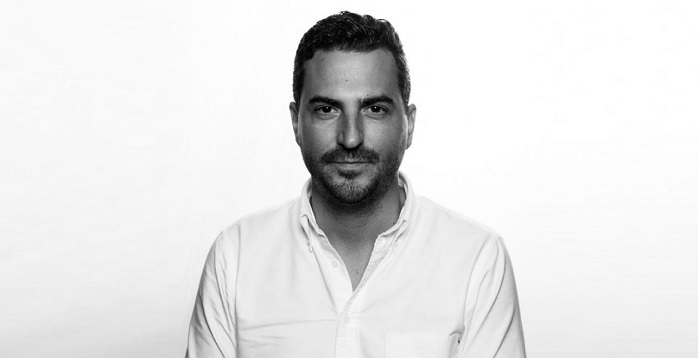 One way 5G would impact the advertising industry is giving companies the ability to create more dynamic creatives. Melling said currently, plenty of the storytelling is 2D and in fact, “digital so far has been a very 2D proposition”. With 5G, however, both companies and consumers will shift from a 2D digital world to a 3D digital world. According to Melling, this is good news for consumers who are 3D individuals and love live experiences, and 4G has been very limited in providing those experiences in real time.

He also said that the rise of 5G might lead to marketers parking their budgets under digital. “5G will offer more opportunities for more streamlined, connected advertising messages through digital. I do see an opportunity for digital marketers to connect offline and online using 5G and the ability to bring digital into the 3D world,” he explained.

Despite taking on dual roles, Melling’s main role is still head of RYOT Studio, EMEA, an immersive media and creative company founded by Verizon Media in 2017. According to him, it not only creates immersive experiences for storytellers and advertisers, but is also involved in doing live motion capture.

During this year’s Earth Day, RYOT worked with American rapper and comedian Lil Dicky, the Leonardo Dicaprio Foundation, and animation studio 3dar to produce the animated MV “Earth”. The video featured 60 animated characters in various scenes such as space, ocean, and the jungle. Typically, the video should have taken a year to complete, but the motion-capture stage at RYOT Studio is powered by a 5G node, which shortened the timeline by half.

Melling explained that motion capture generates plenty of data, about 7GB per second. The data is sent to farms of servers where it is rendered and downloaded for use. However, this process takes extremely long due to the speed of 4G.

“4G is fast, but not that fast. 5G allows you to take the mass amounts of data, send it to the cloud and do computing there. It’s vastly superior, faster than the computers we have locally and the data is then sent back to be rendered in real time,” Melling explained.

In addition to unlocking existing technologies and having quicker turnaround time when rendering, Melling is also of the view that 5G will take creativity to greater heights. “Think about how much more creative we can be with a billboard, for example. These advertising platforms are going to evolve, they are not going away,” he said.

Citing out-of-home (OOH) media as an example, Melling said while it is still a very strong proposition in advertising today, DOOH is making a play and now, companies can connect advertising to digital platforms such as mobile and desktops. With 5G, such a proposition would be stronger and advertisers can tell a consistent message.

“You also get stronger data propositions [with 5G] and hyper-personalisation, which caters to consumers today as they want something new, different, and personalised. This then turns into an opportunity,” he explained. 5G will also enable individuals to access AI that is sitting in mobile edge computing or the cloud faster, and put that to every day usage.

“I think it’s still yet to be seen what AI can do for us in terms of creativity. But maybe the more standardized types of creatives can be done by AI, which will free human beings up to do the more interesting and creative stuff,” Melling added.

Which industry is likely to be impacted?

During the keynote session at the 5G World conference held in June this year, Takki Yu, senior director, head of access network development team from South Korean telco, SK Telecom, said the number one industry to be impacted first by 5G is content. Quoting him, Melling told Marketing that he agrees with Yu, adding that it will also impact live entertainment and sports.

“It will impact sports in a positive way because people in the stands will be able to look at a sports replay from all angles using different devices,” he explained.

Besides content, the next industry likely to be impacted by 5G is automotive. With cars becoming increasingly automated and the industry preparing for a driverless future, automotive companies will now have to think about turning the car into an entertainment space, Melling said. 5G can help power that entertainment experience through VR, for example, making the driving experience interactive and creating a new family space for consumers, he added.

While it might take a few more years before more companies adopt 5G, Melling said marketers should start planning for 5G now and have their strategy sorted.

It’s really important to look at not just the 5G future, but what are the advertising mediums you have today that are going to be supercharged by 5G and incorporating those into your advertising mix.

However, Melling said the industry as a whole is not talking enough about the value exchange of 5G that will take place, or why certain things cannot be done by 4G but will work with 5G. Instead, everyone is focused on the use cases of 5G, which Melling explained “can be irrelevant for many people”.

“Many of them do not know how it’s a foundational technology that will supercharge other technologies, rather than just a technology that’s going to provide a speedier phone. We need to start having more conversations like this,” he added.

According to Melling, an interesting aspect about technology is that it can be weaved into a content marketing campaign in an intelligent way. By doing so, the technology is no longer a gimmick but the foundation of a campaign that can be used to engage and excite audiences. “In the end, creative tech is content, so it moulds really well with content marketing. We’ve seen so much success in doing creative tech execution, but also telling the story around it as well,” he said.

Read also:
Going beyond ‘the big idea’: Creative leads on 5G’s impact on advertising
How the rollout of 5G will impact experience as we know it