Marketing catches up with Brett to find out more about the man behind the role.

Hmmm…Not sure I am the best person to say.  But if pushed, I would say collaborative.  I have been brought up playing team sports so I very much believe in leading a group from within rather than from the front.  Also I have always believed that you should never ask someone to do something you aren’t prepared to do yourself.

Tell us how you got to where you are.

I trained as a barrister, then took a year off, realised I wasn’t grown up enough, fell into a temp. job in an ad agency which could not have been more different from my previous environment. I dabbled with road managing some famous standup comedians, came to Singapore to help get Tequila going on a three month posting in 1996…and am still here!

I think it involved a building site…

Not a mentor, but the person that I have always believed is the man to live up to is Jean Marie Dru.  He is one of the most impressive people I have ever met or worked with. You don’t have enough space for the reasons.

Easy… The moment we were told we had won the SIA account.  I burst into tears and then hugged the client…It was the biggest pressure release I have ever felt.  I don’t think we could ever top that in a career.  It was a defining moment for many people around me at the time, and certainly a very special one.

What was your biggest blunder in your career?

There have been so many.  But if I have to come clean, it was probably when I failed my Institute of Sales Promotion exams as an account executive because my submission was strikingly similar to that of a close friend of mine!! Very naughty…I thought my career was all over before it had started.

I hate these questions. Everybody else paints, writes, does triathlons or reads philosophy.  Me, I cook!  It is very therapeutic, a bit creative and keeps me at home.  It is much easier than golf!!  Other than that, it really is family and work. 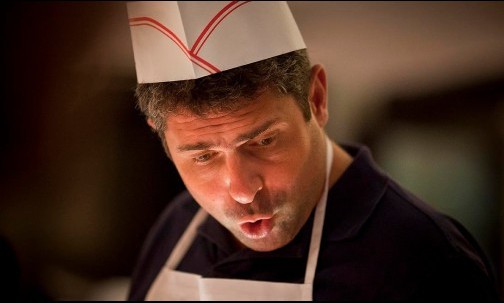 Usually this involves an exchange with a creative person, and I think there could be a long candidate list for that.  But honestly I can’t remember anything specific. I have a good mix of thick skin, bad hearing and a short memory, so nothing really comes to mind.  Oh, wait, actually someone said I looked like Simon Cowell.  That hurt!

It was NEVER my plan at all.  I think I took a risk with my career at a good time and it paid off.  I never wanted to be a “CEO”, so my only hope would be that people enjoy working with me and would do it again if asked…either colleague or client.

Pass. Most of them are bonkers.

You had better want to do this.  It is a great career but it really demands its pound of flesh.

Not taking everything personally.