Marketers, are you striking the right chord with Millennials when it comes to music?

Users in Malaysia also streamed more than 1.7 million holiday content, including podcasts, audiobooks and comedies. This amount to over five million minutes of holiday content during that period in 2017. The top five artists streamed during Christmas are Pentatonix, Michael Buble, Mariah Carey, Ariana Grande and Glee.

Spotify’s data also showed that Malaysian users stream more during the weekdays, with Monday and Thursday being the two most streamed days of the week.

According to Spotify, Millennials “intentionally” use music streaming to escape daily pressures or enhance moments they enjoy. The ubiquity of audio streaming has also shaped the relationship Millennials have with music. While genre still matters, it no longer defines them. Instead, Spotify said genres are now viewed as a shortcut to selecting music to enhance and improve moods and occasions. 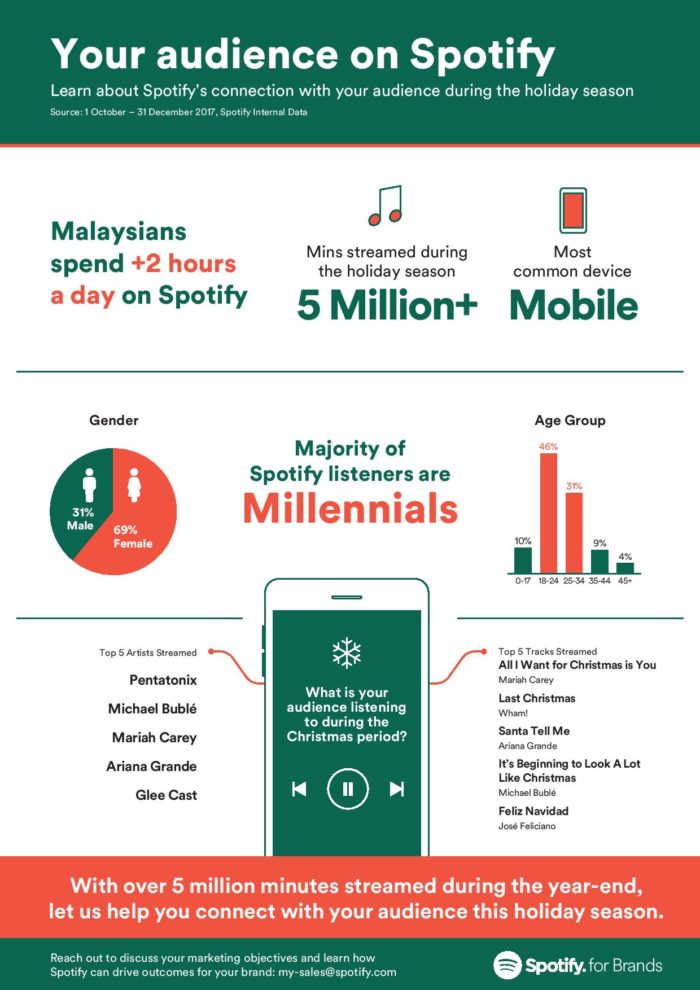 “The personal and emotional connection people have to music tells us more about our audience and fuels our streaming intelligence – rich first-party data that provides psychographic insights beyond demographics to reveal our audience’s moods, mindsets, tastes and behaviors,” Wong added.

Lioh will be tasked to grow revenue for Clozette Malaysia, generating ideas, and pitching proposals to existing and new clients wi..

The Burberry Beauty business will be managed within Coty’s Luxury division...