Making a match: Advertising in the world of online dating

Last month, Facebook rolled out its dating feature in Malaysia and Singapore, adding on to the list of dating apps currently available in the region. While Facebook did not have a head start in the local dating scene as compared to apps such as Paktor, Lunch Actually, Tinder and Coffee Meets Bagel, its presence means those dating apps will need to work harder to grab for consumers’ attention. 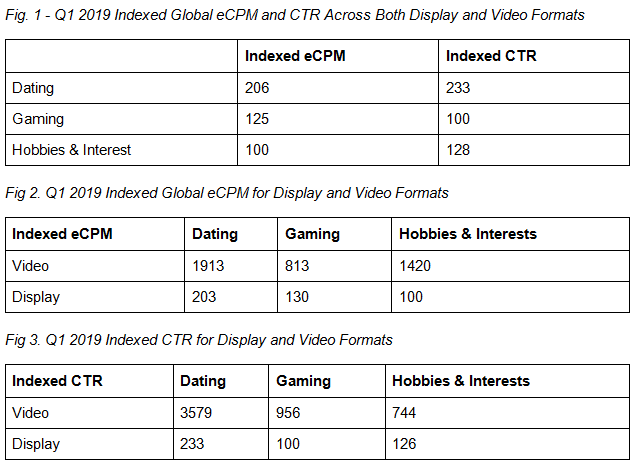 Some users, however, might think of dating apps as a private experience and hence, might not view in-app advertising favourably. In a statement to A+M, Paktor’s spokesperson said its product and marketing teams work closely to ensure that messages from third parties are relevant to the selected demographics. She added that there is “immense potential” for in-app advertising on dating apps as users can be segmented by demographics and behaviour. However, a balance is required to ensure that users do not feel inundated with promotional messages.

“The benefits and intended outcomes of the in-app advertisements should be aligned with interests of the recipients. The messages should also still be in line with the app’s brand voice so that it is integrated into the user experience,” the spokesperson added. Currently, Paktor’s client list boasts partners from government organisations, beauty and F&B brands, such as Resorts World Sentosa, Strongbow Apple Cider, Warner Bros, Alpecin Shampoo and Health Promotion Board.

Meanwhile, localisation of the content when advertising in-app is also paramount “as dating can be culturally sensitive”. Paktor is currently present in Singapore, Malaysia, Indonesia, Vietnam, Thailand and Taiwan and instead of a one-size-fits-all product, the spokesperson said Paktor remains “highly attuned” to local dating habits and mindsets.

Dating apps can also track different data points which can be useful for brands, adding that it is a product which captures attention visually as users are looking through profiles. When it comes to data collection, Paktor’s spokesperson said it only collects data that have been provided voluntarily by users. Consent needs to be given and recorded to ensure that users are aware of the purpose and usage of the data, and Paktor ensures that the information is not used to single out specific users. Thereafter, the data is used to refine product experience and improve its matching algorithm.

However, unlike Paktor, Lunch Actually only advertises its own products and services within its ecosystem. Co-founder and CEO of Lunch Actually, Violet Lim, said this is because individuals have a very targeted reason as to why they use dating apps and users tend to drop off if they feel their user experience is being affected by numerous irrelevant advertisements.

Nonetheless, she said that targeted in-app advertising for a certain objective or cause can work well, as it has for well known dating apps such as Tinder and Bumble because there is a “feel good” spin to it. Both apps have tied up with charities including Amnesty International, animal rescue organisation Social Tees, Women for Women International and breast cancer awareness charity CoppaFeel.

In 2014, Amnesty put the spotlight on women’s rights by running a Tinder Takeover. In place of profile pictures, it shared downloadable images with statements to illustrate how life choices are not an option for many women worldwide. As for Bumble, it’s 2018 partnership with CoppaFeel saw it donating to the UK-based breast cancer awareness charity every time a woman makes contact with a man on her app.

Ensuring the ads are a match

Smaato’s Khan said since dating apps have more complete user information, advertisers can serve more targeted ads. However, like Paktor and Lunch Actually, Khan said it is important that the ads appeal to dating app users, their preferences and demographic demand.

Advertisers should also provide a seamless click experience, he said. When a user clicks on an ad, they expect to land on a page that reflects the promise made by the call-to-action. As such, it is important for brands to choose a mobile-optimised landing page that mirrors the style and content of the ad, Khan said. “To minimise funnel abandonment, app advertisers should pull out all the stops to route users where they want to go with as few clicks as possible,” he added.

He also said that the campaign should be diversified across multiple ad formats and creatives. This is because various ad formats have unique advantages that brands and advertisers can leverage to drive results.

“For example, although the CTR for video is fifteen times that of display in dating apps, it is also over nine times more expensive. The low eCPM of banners make them a good addition to campaigns looking for high reach at a low cost,” Khan said.

How do you get more people on your app?

According to Lim, Lunch Actually’s differentiator is its focus on serious singles, meaning individuals who are looking to meet someone for a serious relationships or settle down within the 18 to 24 months time frame. As such, it prioritises on quality over quantity and leverages PR, digital marketing and word of mouth to raise brand awareness.

As for targeting for user acquisition, it posts ads on social media sites and search engine platforms to target potential users that are compatible with its current demographic of singles. “We do not do swiping, we do not do huge volume of matches. We also killed the chat function as we believe that chat does not always necessarily create more offline dates,” Lim said.

In the meantime, Paktor hopes to make dating fun and less awkward for users by introducing features such as ice breaker questions and virtual gifts to encourage users to connect with one another. It also makes use of word of mouth, success stories and press coverage to raise brand awareness.

In his new role, Shaiful will oversee creative direction and content creation for Toyota, Kipling Malaysia and Singapore, as well ..

The good news for agencies is that 82% of advertisers do not foresee a world without agencies...

Brands show their spook-tacular side this Halloween

Were you spooked out? ..