The passageway, which is next to the travellator, as well as a flight of stairs connecting the station to the Plaza Singapura shopping mall have been transformed into interactive paths of lights and sound. This is part of the Health Promotion Board’s (HPB) “National Steps Challenge" campaign, which aims to get people to walk at least 10,000 steps daily. 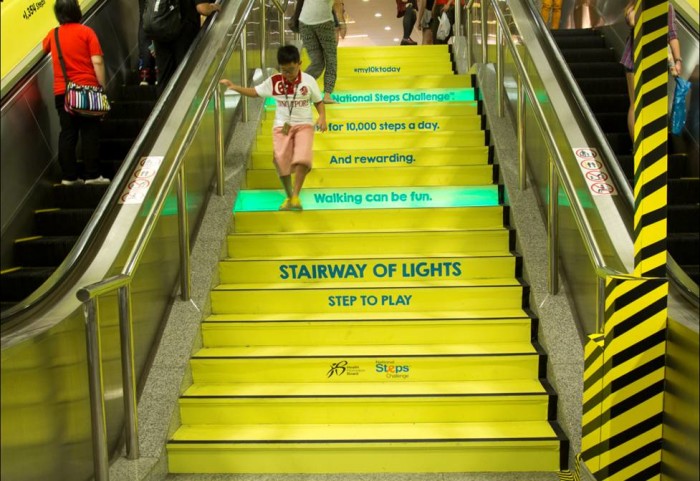 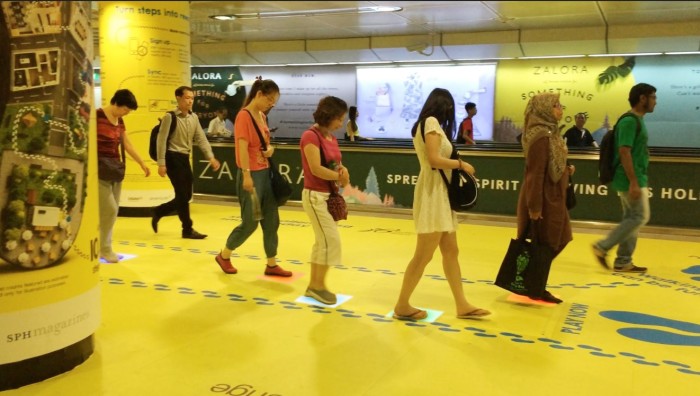 To encourage commuters to switch from taking the travellator and escalator to walking instead, the idea of lighting the passageway and stairs came up.  The walkway and all 20 steps on the flight of stairs light up in a rainbow spectrum of colours when they are stepped on, and even play random musical notes.

Jayne Kwek, CEO of Moove Media said: "The idea behind the interactive advertisement is to show that walking is a fun and healthy thing to do. By creating light and sound on the walkway and stairs, we increase the chances of commuters opting to walk than to use the travellator and escalator."

She added that this is the first time that Moove Media has created such an extensive interactive advertisement as part of an outdoor advertising campaign in Singapore.

The creative agency is DDB and the media agency is MEC Singapore.

Analysis: Is the Zig app ComfortDelGro's one chance to disturb Grab's dominance?

MY communications ministry to aid tourism ministry in reviving industry