Jewel’s Pokémon game: Can it drive consumers to go off the beaten retail track?

After launching animated stickers just last month, Jewel Changi Airport has now jointly launched a location-based game on Jewel mobile app with The Pokémon Company to encourage exploration. Named Pokémon Explorer (PEX), players get to select a Pokémon to accompany them at ten different stops in the complex while completing a mix of missions and photo opportunities.

Linking back to the Pokémon Center Singapore at Jewel, players may redeem a surprise at the store after completing regular themed “assignments” issued on the retailer’s Facebook page. 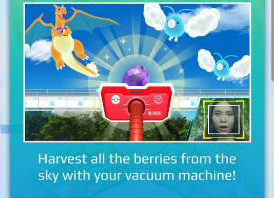 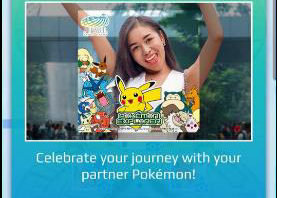 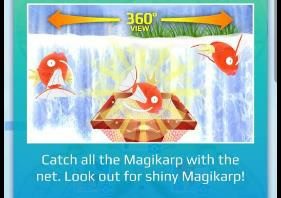 This is not the first time time that Changi Airport has ridden on the Pokémon fever. In 2016, it created much fanfare by organising the Pikachu Parade and Poké Trail to celebrate year-end festivities. The parade is brought back this month to promote Jewel. The 30-minute performance is held twice a day on weekends throughout July on level one of the complex.

In a statement to Marketing, Jewel Changi Airport head of user experience Jeremy Yeo said the complex has been an average footfall traffic of approximately 300,000 daily since its opening. “The unveiling of the PEX play activity will help position Jewel as an exciting destination that offers fun experiences for all who come through its doors,” he added. It is also the company’s practice to organise “curated activities with inclusive, interactive elements” to ensure that guests continue to have unique experiences at Jewel.

While gamification is a a good marketing tool, Ascentis chief operating officer Bryan Tan said it should be approached with care. “Shopping malls were among the first to jump on board the Pokémon game hype, but after a while, they realised they got the crowd, but it causes a lot of traffic issues,” he said. Also, brands should also be mindful that the company they have collaborated with aligns with their target audience. Pokémon, in this instance, has mass appeal.

But it is worth noting, he added, that mobile-led efforts need to be handled with care. Tan said:

If the location-based  game become too intrusive, eventually consumers will just turn off the app.

No matter the tool used, Tan underscored the importance of providing good customer insights on the platform. Analytics should also be used to drive drive messages to members with higher accuracy, he added.

“Generally, if a consumer is looking for something, they will take the initiative to look for it. It’s all about having an app or solution which is able to provide them with real time relevant information when they are looking for it, rather than something that you just blast out and hope for 10-20% of the customers to react to it,” he said.

Meanwhile, KRDS Asia director Preetham Venkky said Jewel’s collaboration with The Pokémon Company is a sound one, seeing that the latter is one of the first few to bring the rise of location-based interactive gaming.

“Spread over a large area, not everyone would explore beyond their usual haunts. Such an engagement allows users to go off the beaten track and explore the hidden sights within Jewel. Since there is a sizeable number of Pokémon fans, I think this move is great,” he said.

Subtly, it also encourages users to download the Jewel app.

Location-centric businesses such as shopping districts, large retail spaces and theme parks could consider leveraging location-based games, he added. Expectations, however, should be managed. According to Venkky, such a move only works as a short-term strategy. He explained: “While there might be an initial surge in participation, I suspect the numbers will drop as quickly as well, much like the original Pokémon. It’s great for a three-month engagement. For Jewel though, it still makes sense since the audience is ever roving.”

According Jewel Changi Airport’s Yeo, discussions started with The Pokémon Company as early as 2012 and both parties shared the same aspiration to provide visitors with exciting and memorable experiences. He has also seen a higher number of downloads for the Jewel app after launching PEX a feature.

Meanwhile, Contruct Digital managing partner Charanjit Singh said given how many people, both young and old, are still engaged in the game, the Pokemon trend is still alive and kicking. The idea also encourages visitors to explore the places in Jewel that they would like to highlight and people don’t normally go to.

However, he highlighted that the brand has to ask what is in it for the customer. “Why should a customer whip out their phone and use their mobile app to play the game rather than just exploring Jewel themselves?,” he said. Moreover, the Pokemon Explorer Game, he added, came across as a one-off game where consumers play it once. “Elements of ‘fear of missing out’ and ‘scarcity’ should be built into their campaign to drive engagement,” he added.

Industry speak: How has AI impacted the role of PR and communications?

Maxus and ADK scale up partnership

Maxus and Asatsu-DK have partnered for the launch of a new Asia wide initiative that will provide regional media planning and buyi..

Edaran Tan Chong partnered MyTeksi to give passengers free rides on the Nissan LEAF to create awareness for electric vehicles as a..

This is also UM's third appointment on the same account by TM in the past seven years...