Cambridge Analytica, the name that cost billions of dollars and reputation issues to Facebook, has put psychographic profiling back in scrutiny. Psychographic profiling/segmentation has been part of market research practices for decades now. It was traditionally done through surveys, but rich data available from the social media has opened innovative ways to understand the collective conscious and broader cognitive nodes that connect one individual to another.

Hopes and fears often bring us together. In Cambridge Analytica episode, large-data sets encapsulating people’s hopes, fears, dreams, concerns combined with natural language processing and machine learning led to actionable insights that were oriented against the public good. This is a case of data protection and privacy than the misuse of psychographic profiling.

In this article, we move away from the negative sentiment around psychographic profiling and employ it for a better cause that’s currently being discussed – saving endangered animal species.

A few weeks ago, in other big news, Sudan, the last male northern white rhino of the world died. This news triggered reactions from netizens and celebrities from around the world.

Extinction of wildlife is not a new phenomenon, but we humans choose to ignore it until a reality check hits us (like the death of the last animal of its kind). This event made extinction real for a lot of us and Google Trends showed a surge in keywords “white rhino”, “extinct”, “Endangered” during this time period.

We also observed key social conversations on this topic that centred around the hope of bringing white rhino back from extinction, human impact on extinction and a call from Bindi Irwin to stand together and protect endangered animals. 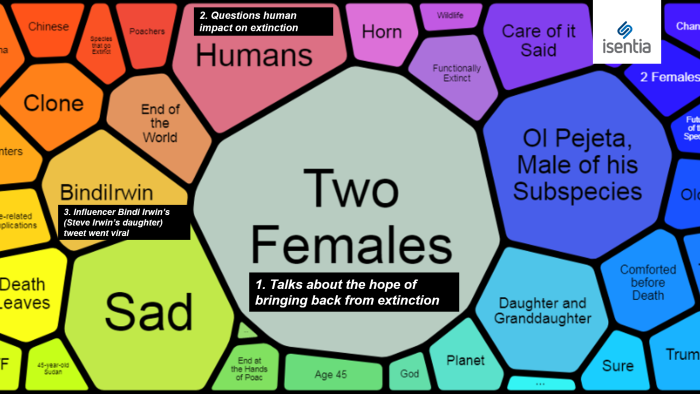 Putting psychographic profiling to save the endangered species

It’s not all over. We can still act and help other endangered species not meet the same fate as Sudan did.
Wildlife conservation organisations like WWF (World Wildlife Fund), IFAW (International Fund for Animal Welfare) or other organisations alike can use this incident to influence a positive behaviour change through psychographic profiling of people (and their voices) online.

When it comes to the concept of wildlife conservation or animal extinction, there are three major psychographic profiles.

Psychographic segment 1: They believe extinction is real and needs attention;

Psychographic segment 2: Who believe that enough resources are poured into conservation of wildlife and its all under control, and

Psychographic segment 3: Those who are not interested in wildlife conservation

The organisations can look at where most of the reactions are coming from. In this case, most of the interest was from Kenya, South Africa, Australia Uk and the US (source: Google Trends). They can then use this to influence the behaviour change.

To target these psychographic profiles effectively, these organisations need right medium and a powerful message. So, here are some thought starters.

1. Learn from search behaviour trends and target the psychographic segments by their interests: 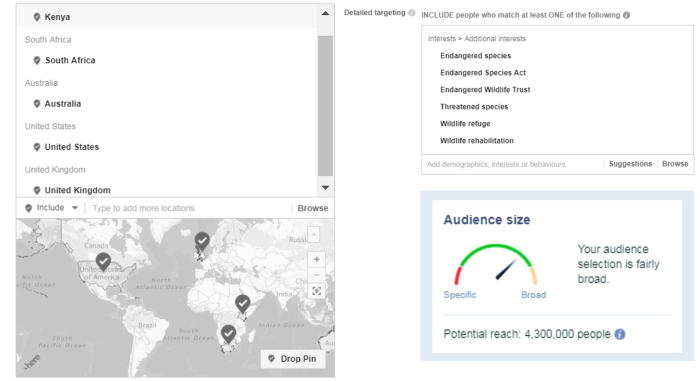 2. Craft messages with a sense of urgency to influence positive behaviour/attitude change. 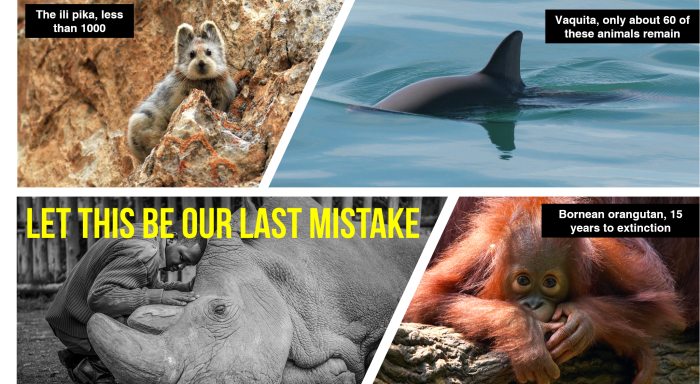 There are many like Sudan and psychographic profiling is one answer to creating a sense of urgency to save them.