Co-founder and CEO of iflix Mark Britt (pictured) is stepping down from his position after more than five years with the company. Britt said on LinkedIn that he is taking a step back to spend more time with his family and that managing director Marc Barnett (pictured below) will be leading the company. 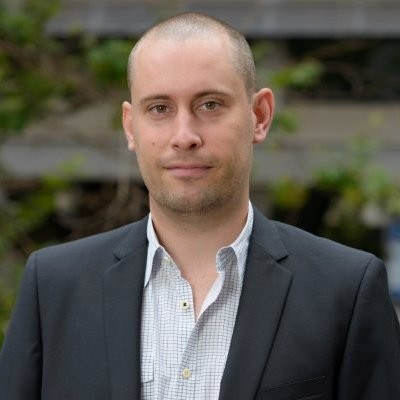 "A huge congratulations to him on his new appointment - a recognition of the massive contribution he has made over the past three years," Britt said. Britt added that he will be joining the board as executive director.

Iflix's spokesperson told A+M that Britt will lead iflix's advertising business with a particular focus on Indonesia as executive director. He will also spend time between iflix's key markets and Australia. Also, Barnett now assumes overall responsibility of the business, the spokesperson confirmed.

Before iflix, Britt worked at Nine Entertainment's digital arm Mi9 as CEO, and was responsible for its SVOD investments and portfolio of start up ventures. According to iflix's website, it said that Britt has dedicated his career to building agile, disruptive digital companies in emerging markets.

Meanwhile, Barnett was named managing director in November, rising from his position as COO. He first joined the company in 2016 as chief of staff. Before that, he was director at The Australian Institute of Food Science and Technology, and COO of Bohemia group. He also worked at Mi9 as COO, according to his LinkedIn.

The company also witnessed other leadership changes this year when it its head of marketing in Malaysia, Awin Roslin, left for Astro in September. Meanwhile, it also named Kevin Liu chief technology officer for iflix Advertising to spearhead the programmatic strategy.