As the world is turning to artificial intelligence (AI) to fuel the next wave of technological advance and economic growth, China has already positioned itself as a major player. Whereas it had to watch the West invent software and the processors powering the digital era we live in today, it is now the frontrunner in the development of what could become the most important scientific discipline of the future.

At the end of June, Wan Gang, minister of science and technology, announced that the government had drafted a national roadmap meant to guide the development of AI in the next decade. Such a move does not come as a surprise given the increasing significance of AI for the economy.

Indeed, research by McKinsey reveals that automation based on AI in workplaces could add 0.8 to 1.4 percentage points to GDP growth annually. Similarly, Accenture determined that AI would help accelerate China’s economic growth rate from 6.3% to 7.9% by 2035. Based on PwC’s findings, such growth could lead to an extra US$7 trillion in GDP from 2017 to 2030, making China the world top beneficiary of AI.

China has all it needs for AI

The reasons why China is particularly well-positioned in this race reside in the advantages it has in three key factors needed for AI:

1. Computing power: The top two fastest computers in the world are located in China. 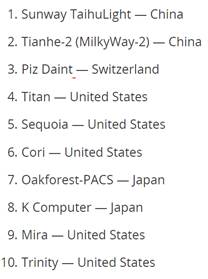 2. Talent: According to Elsevier’s Scopus database, academics in China published about 41,000 papers on AI from 2011 to 2015, almost twice as many as the second most prolific country in terms of volume (namely, the United States).

3. Data: With an internet population of more than 710 million, China netizens produce terabytes of data every day, feeding the machine learning algorithms needed to create such intelligence.

BAT already in the starting blocks

Yet the government is not the only party active in this area. China’s technology companies are also investing heavily in AI. As expected, BAT (Baidu, Alibaba and Tencent) are among the designated leaders.

Baidu, for example, invented a powerful supercomputer designed to understand speech, images, and written language. The company also opened its Silicon Valley AI Lab, which has the mission to develop AI technologies believed to have a significant impact on the lives of at least 100 million people (including autonomous cars).

Alibaba’s e-commerce platforms include a number of features that are based on AI, respectively machine learning or natural panguage processing. Recommender systems or the “autocomplete” function embedded in search engines allow to raise consumers’ attention on goods and services that they were not aware of, thus simplifying the shopping process. Furthermore, the information displayed on Alibaba’s virtual storefronts are typically tailored to individuals based on their characteristics and preferences (as determined by their past browsing and buying behaviours).

Using the millions of conversational messages exchanged on WeChat every day (many of which are voice-based), Tencent has access to enough data to train its speech recognition algorithms, a key application in AI. Furthermore, WeChat’s payment service is said to be able to predict consumer and financial market trends simply by analysing its users’ purchasing habits.

A local AI ecosystem is emerging

Aside from BAT, other large Chinese companies are putting substantial efforts and resources in the development of their AI own capabilities: Xiaomi, for example, established a special division dedicated to AI with the purpose to make its home devices “smarter” (in the sense of being capable of anticipating users’ needs and behaviours). Then, a number of young enterprises are on their way to become the local champions in specific areas, such as iFlytek for voice recognition or Face++ for face recognition. Publicis Media’s partners Hotnest (text mining and sentiment analysis), Robin8 (operates a web influencer search engine) are also worth a mention in this connection, as is Rikai Labs (with whom we developed the WeChat bot MeetTheLocal for Visa, which answers consumers’ questions and make recommendations about their travel). 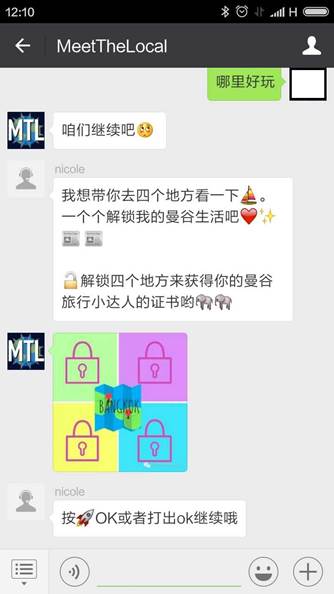 Media and advertising the perfect playgrounds for AI

The applications of AI in advertising and media are as varied as they are numerous, ranging from ad targeting, content curation and creation, or dynamic pricing, through fraud prevention, predictive customer service and product recommendation, to programmatic buying, sales forecasting, and web/app personalisation. More concretely, Publicis Media’s content predictor employs machine learning algorithms to helps users prognosticate the ratings of upcoming TV dramas.

Then, through the combination of different AI technologies, consumer experience could be brought to the next level, as described in the following scenario: A customer enters a store where an image recognition system identifies her fashion style. The profile is then fed into another system that uses the preferences of consumers with similar tastes to recommend specific products or colours to her, or else to deliver the most relevant content via in-store displays. Adding further data points to her profile (for example, media consumption habits, social media activities), the brand can later re-target her in an individualised fashion – with the right message, at the right moment, through the right channel.

Opportunities and challenges for brands

Given the importance of understanding human behaviour in marketing, it is hardly surprising that advertisers are also putting a lot of effort in building in-house AI capacities. With benefits including cost savings on ad serving, leaner marketing operations (via automation) and improved consumer engagement through personalisation, the ROI prospects are rather appealing.

At the same time, however, one should remember that achieving AI maturity requires heavy investments in hardware (computing power), software (data collection and processing), and talent (for the invention of algorithms, as well as the training and evaluation of models). Furthermore, as in the case of human intelligence, artificial intelligence needs time to develop. An infant is naturally not as smart and knowledgeable as an adult – one must learn to walk before one can run.

Accordingly, companies and brands should resist the temptation to jump the gun and instead cautiously advance towards AI. Necessary steps on this path may include (but are not limited to) the automation of basic data processes and the implementation of integrated analytics. This is precisely where advertising agencies can help their clients, both as trusted advisers and execution partners.