It appears that Grab has caught the Frozen 2 fever, shortly after the recent launch of the movie. Inspired by the popular song "Let It Go", Grab wrote a witty description for the latest version of its app update.

Grab even managed to sneak in Elsa's name into the description: "Let the old version go. Update to 5.72 elsa your app might become a frozen kingdom of bugs." In a statement to Marketing, Grab's spokesperson said its Frozen fever goes beyond its app update.

"We are also collaborating with Disney to give our users a chance to win a trip to Iceland, tickets to movie screenings and branded merchandise as well," the spokesperson added. 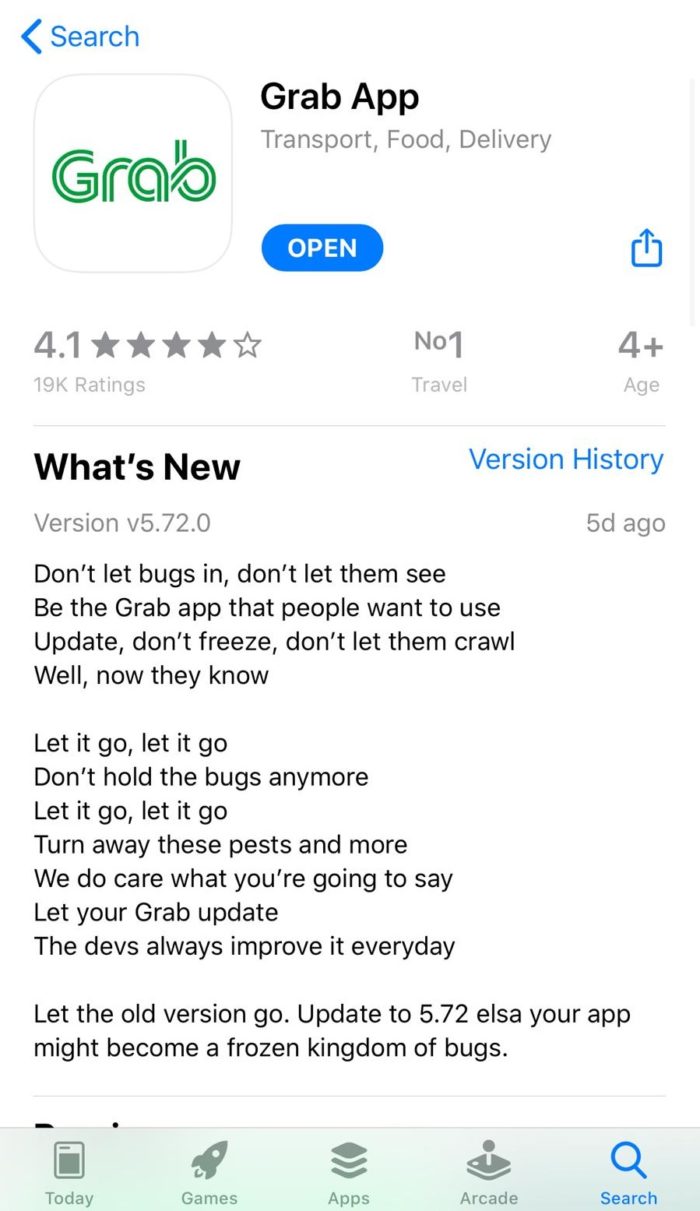 What are you waiting for? You wouldn't want a frozen kingdom of bugs on your phone, do you?

The ride hailing company recently rolled out the beta version of its grocery service GrabMart in Malaysia, allowing consumers to purchase their daily necessities such as selected grocery items, fruits, health and beauty products, stationery and other goods and services. The current list of merchants on GrabMart are Guardian, Caring, MyNews, MBG, MPH, BIG Pharmacy, Kiara Supermarket, and Utama Florist. Grab also recently appointed essence Burson-Marsteller to manage PR duties in Malaysia, with the agency responsible for strengthening Grab’s brand positioning as an everyday everything app across its external audiences.

Meanwhile in Singapore, Grab said it is aiding affected delivery partners who rely on e-scooters to fulfill orders, following Singapore's Land Transport Authority's ban on e-scooters from footpaths. Grab's spokesperson said it will be working with the government on potentially allowing certain riders on the footpaths following their disciplinary.