Xiaomi, the rising star of China’s smartphone market, will let its fans do all the talking in the Philippines, skipping the usual dependence of most brands on celebrity endorsers.

Hugo Barra, VP of Xiaomi Global, shared with Marketing that the brand will be sticking with social media and e-commerce, veering away from the traditional ad staples of TV spots, radio jingles and print ads to creatively use the web both as a sales and marketing channel.

“Social media is where we live. We are an internet company and that’s what we do,” Barra said during the launch of Redmi 1S in the Philippines this Thursday.

The brand’s biggest selling point is its aggressive pricing, over 50 % less than similar specced models from the likes of market leaders Samsung and Apple.

But Xiaomi’s real innovation comes from its business model, selling its products exclusively online, never in stores. So far, the company has partnered with Lazada for its debut in the country last June with the Mi3 smartphone but will eventually open its local website to accept orders.

Unique from other mobile players, Xiaomi devotes only about 1% of its revenue to marketing, according to Bloomberg Businessweek. In comparison, Samsung allots around 5% of its earnings to advertising.

“We have a mindset on not spending on marketing because you have to apply that cost to the product. If you watch a TV ad or see a print ad or jingle and actually go ahead and buy that product, you know that you actually paid for that ad. In fact, you’re not just paying for that ad that you saw but also for a bunch of ads other people saw but didn’t buy the product because someday has to pay for it,” Barra explains.

While movie and TV stars are great at grabbing attention, he believes that nothing beats a good product that can spur genuine promotion from people that have used it firsthand and believes in the product as much as he does.

“We are not planning to (have celebrity endorsers) because we are particularly focused, in the beginning, at users who really understand what we are offering. It’s even not just about the price but about the quality of the product – the software, the hardware, the polish, the performance – whether its Mi3 at over P10,000 or a Redmi 1S at over P5,000,” he explained.

“That is how we want to get started. Later on, of course we need to continuously analyze and reassess our position in the market make decisions but I have a feeling that we can get away with no traditional marketing for years to come or never at all.”

Max’s becomes first brand to use Hyperlapse app in PH

Hong Leong Bank has appointed Galvin Yeo as head of digital banking, in line with its customers' increasingly digital lifestyle...

His appointment comes as part of a management structure which aims to bring together creative, media, digital and public relations..

The Dew challenges in extreme proportions

Mountain Dew is on the lookout for fit, fast and fearless Malaysians for a new extreme sports program. ..

Video comes to Inquirer via AR

These days, Filipinos are more likely to reach for a tablet device than a newspaper, but the Philippine Daily Inquirer wants to pu.. 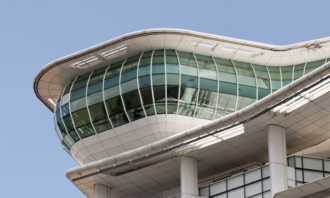