German car brand Volkswagen has drawn the most number of customer complaints, according to data from Consumers Association of Singapore (CASE).

Numbers from CASE showed that Volkswagen had received 12 new-car complaints from January last year to April 2015. Coming in second were BMW and Mercedes-Benz. Each had five customer complaints lodged against them during the same time period.

Volkswagen Singapore told Marketing that most of these complaints were due to faulty gearboxes. However, around half of the 12 customer cases involved discussions about warranty extensions. James Page, general manager, marketing & communications, Volkswagen Group Singapore, said the company carried out a voluntary recall for 6,181 cars in May 2013 to fix a potential issue that could occur in cars fitted with a particular gearbox.

He added that the recall was completed in early 2014 and the affected cars were upgraded with new parts. Page explained that the company also witnessed, in the last year, an increase in the number of customers who have requested for various actions to be taken on their cars "after reading the media coverage" of the recall.

Page said: "We are unfortunately unable to assist them if there are no faults present. We recognise that quick follow-up and personalised care are key to customer satisfaction, and these are areas in which we are continuing to improve upon.”

Page added that Volkswagen ranked 7th out of 26 brands in the JD Power Vehicle Ownership Satisfaction Survey in Germany, which ranks vehicles based on evaluations of four key measures that comprise the overall ownership experience.

Volkswagen’s ranking was ahead of car brands popular in Singapore such as Audi, BMW, KIA and Nissan, among others. 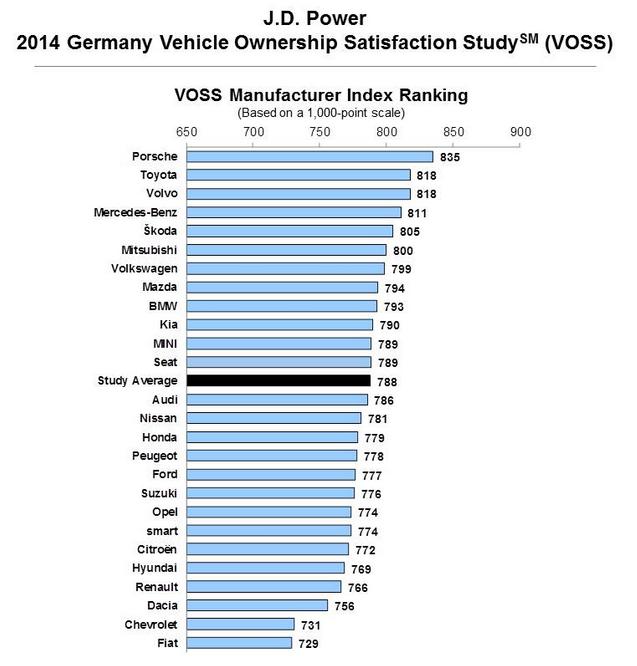