Volkswagen’s exhaust emission scandal: What should the next PR steps be?

Volkwagen is making headlines globally but for all the wrong reasons. The German brand has come under fire for its recent pollution scandal and moreover, for knowingly lying to its consumers.

Volkswagen has admitted that it used software that manipulated exhaust emissions during government testing.

The news broke after The US Environmental Protection Agency and the California Air Resources Board revealed their findings while testing diesel cars of the Volkswagen Group. Currently, in the US alone, the brand could potentially face criminal charges along with a hefty US$18 billion fine.

Martin Winterkorn, CEO of Volkswagen AG has since apologised. In a statement he said: “I personally am deeply sorry that we have broken the trust of our customers and the public. We will cooperate fully with the responsible agencies, with transparency and urgency, to clearly, openly, and completely establish all of the facts of this case. Volkswagen has ordered an external investigation of this matter.”

In a press statement on its site, the brand also said that to cover the necessary service measures and other efforts to win back the trust of customers, Volkswagen plans to set aside a provision of some 6.5 billion Euro. Nearly 11 million of its cars can appear more environmentally-friendly than they are during emissions tests, it said.

“Volkswagen does not tolerate any kind of violation of laws whatsoever. It is and remains the top priority of the Board of Management to win back lost trust and to avert damage to our customers. The Group will inform the public on the further progress of the investigations constantly and transparently,” the statement read.

According to  brand intelligence service YouGov, its BrandIndex perception data states, in a matter of four days, Volkswagen’s growing scandal has brought the car maker to its lowest US consumer perception levels in more than six and a half years.

YouGov BrandIndex measured Volkswagen’s consumer perception with its Buzz score, which asks respondents: “If you’ve heard anything about the brand in the last two weeks, through advertising, news or word of mouth, was it positive or negative?” A Buzz score can range of -100 to 100 with a zero score equaling a neutral position. Example: A score of 35 means that 35% more people said they were positive than negative about the brand.

Meanwhile according to Meltwater, online chatter showed that this month alone there was, understandably, an increase in negative sentiment compared to the month of August. The results also show that the public backlash was most prominent on the 21st and 22nd of September, which had the biggest spike in negative sentiments . The platforms monitored were Blogs, Comments, Facebook, Reviews and Forums, Twitter, Wikipedia and YouTube. 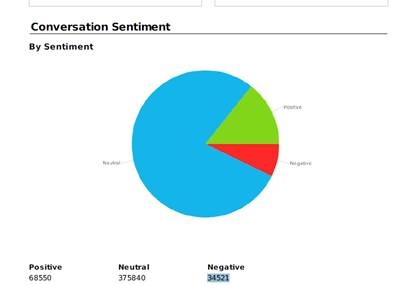 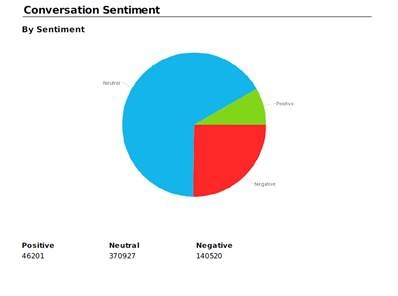 So safe to say, the brand has a long way to go before covering ground.

According to Lars Voedisch, principal consultant and managing director of PRecious Communications, the mantra in such a crisis situation should be : “Get it fast, get it right, get it out and get it over with.”

He explained that the brand needs to quickly make it clear to the public, if it is only in the US market alone that is affected or are other markets also implicated. To date it has been released that 11 million cars are affected but it’s not clear if this extends to other markets.

The nature of the globalised world is such that even if a scandal is happening in the US, consumers in Asia and other markets would be just as concerned.

However, it is a known fact that the risk of legal implications might make it hard for a brand in crisis to release a statement. This is often a tussle PR faces with legal in a crisis communication situation.

So should HQ be handling all communication?

The directive from HQ now should be to alert all marketing and comms leads across all geographies to only make concrete statements on facts and not leave room for speculation. While this might be criticised by some as being evasive, Voedisch was of the view then when a crisis hits brands should try to have as much control over the situation as possible.

“Make sure regular updates are given and ensure the information given is 100% accurate to remain in control. This should trickle down to front office staff who are dealing directly with the consumers. Not having an answer is alright but stick closely to the facts and do not leave room for speculation.”

While it is hard to image a silver lining in such a situation, Voedisch advises it is the perfect opportunity for the brand to get all of its dirty laundry out now. If more information comes at a later date, it would simply prolong the negative brand sentiment on consumers’ minds.

“The issue now is to deal with what is at hand and ensure it never happens again and that is the tricky bit as it requires building trust with the consumer again,” said Voedisch. However, if the brand is effectively able to win back consumer trusts, it can work towards using this issue to push for an industry-wide change.

But timing is vital in such a situation. If this is done too early, it might seem as though they are simply sweeping the dust under the carpet, trying to deflect the situation.

HP looks to inject life back into direct mailers

Have you been missing letters lately? ..

Can Starbucks replicate its success with coffee with its newest tea brand?..

The win is a result of a multi agency pitch involving several international and local Malaysian agencies. ..

Seven ways to align your strategies with the millennial mindset

Millennials are famously characterised as individualistic but collectively influential. Together they are reshaping the marketing ..

Global brands have now put out tribute messages on social media, with their logos in black and white...