This post was done in partnership with Google and IAS.

After months of planning a video campaign, and millions of marketing dollars spent, what if your ad is just not seen?

A study by Kantar TNS showed 82% of Malaysian internet users say they watch online videos on a daily basis. Video has no doubt become a highly sought after ad format in Malaysia and determining the impact of these video ad campaigns has become increasingly important to marketers.

While advertisers are heavily investing in video, it is important to ensure the content being put out is viewed by real audiences.

Is my ad actually being viewed?

This question is on every marketer’s mind; however, taking it a step further, analytics company, Integral Ad Science (IAS), shares that viewability highlights how the digital ad is seen by an actual consumer, a key component of digital media quality. These findings, according to IAS, can be used to better inform media plans, improve publishers’ sites and potentially provide a more effective way to transact.

So what constitutes a viewable ad? 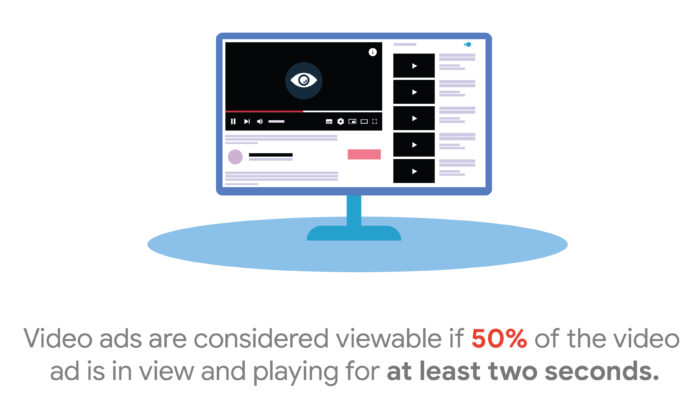 According to the Interactive Advertising Bureau (IAB), an industry body involved in the research and education of interactive advertising, a viewable display ad is when 50% of the ad is in view for at least one second. On the other hand, video ads are deemed viewable when they have been played for more than two seconds.

To put it simply, viewability helps advertisers track impressions (the number of times your ad is displayed) that have actually been seen by viewers. As an advertiser, this will help you make more informed decisions when mapping out your media spend. Imagine if your ad was running on a platform where it had a 50% chance of being seen. This means that for every ringgit spent, only 50 cents would be effective.

Viewability also gives a clearer picture to publishers, where they can safeguard the ad spend which could potentially go into the hands of third party scammers. With both parties aware of the importance of viewability, this leads to a healthier ad ecosystem online.

Even though viewability is considered a crucial measurement, according to IAS, Malaysia only has an ad viewability rate of 68.7%, which is just slightly higher than the Southeast Asia average of 58.9%.

“The IAB and MRC’s definition of viewability helps standardise the viewable ad impression measurement guidelines, but as an industry we still have a way to go. Knowing which ads have value is incredibly important information to drive better outcomes for marketers,” Quigley said.

The right environment for video 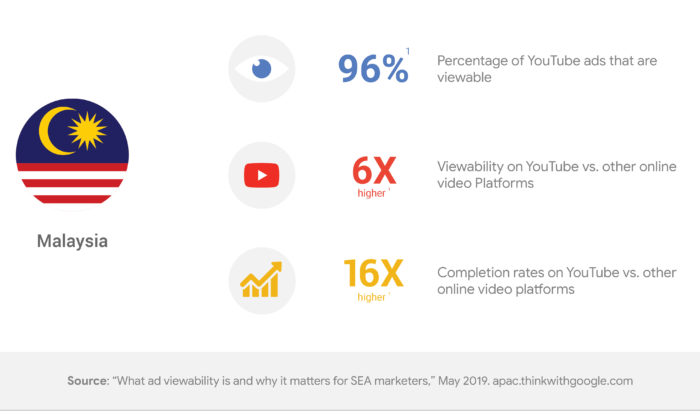 Given the importance of viewability, and the low viewability levels we are seeing across Malaysia, we collaborated with IAS to understand how YouTube’s ad viewability was performing in comparison to other online video platforms.

YouTube is a platform built for watching videos, so it wasn’t surprising when the IAS study discovered YouTube ads to be 96% more viewable. This finding highlights that when the audience’s intent is to watch a video, they are more open to viewing ads on a video platform.

To look at how viewability positively impacts brand sales, we can look at how fashion brand ZALORA tested the impact of its recent video campaign.

After four weeks of testing, ZALORA found its YouTube ads had a 92% viewability rate in Malaysia and 25 times  more viewability in Malaysia compared with video ads run on other online video platforms. This led to a 30% jump in brand interest in ZALORA and an increase of 22% in ad recall of the brand among Malaysian consumers. 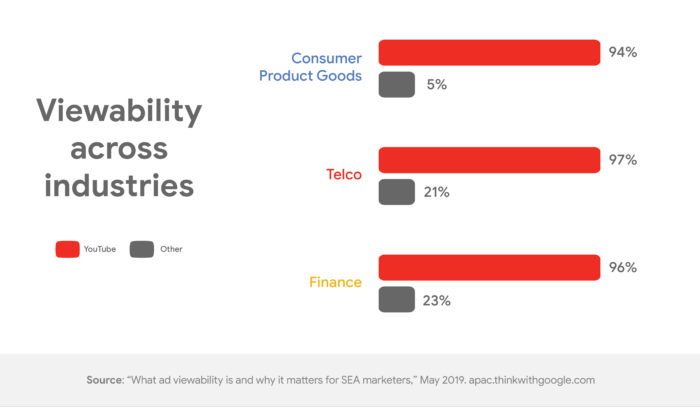 So how can Malaysian marketers spearhead more ROI-driven campaigns through video?