You are standing in a muddy street, and a young girl suddenly appears before you. She describes her family, and takes you on a journey through the Syria refugee camp in which she lives. This immersive movie filmed and published by UNHCR, the UN Refugee Agency, in 2015 was a collaboration between Samsung and Oculus. The empathy that this movie inspired made it one of the most frequently named successes in the technology industry.

And UNHCR has once again adopted a technological approach to support its empathy-focused marketing strategy. 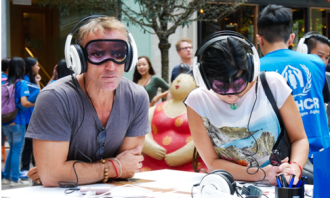 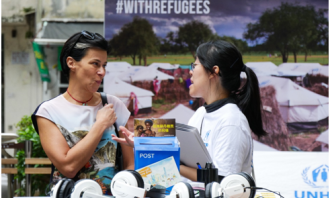 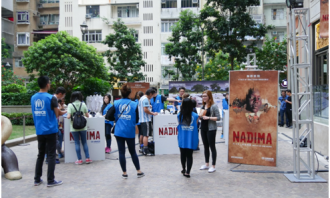 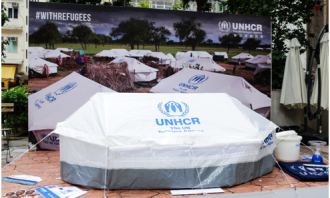 Launched in November, the NGO transformed Lee Tung Street in Wan Chai into a deeply personal experiential space. As Hongkongers put on headphones and shut out the world, they were transported to South Sudan through a powerful and visceral audio journey, escaping with Nadima.

Bianca Lam, head of fundraising (Hong Kong & Macao) at UNHCR, said the idea for the event originated from the thinking that most people can visualise the plight of refugees from media photos, but otherwise could not relate. Playing up a more emotional story through the sound experience and the personification of a refugee, the experience was designed to help people relate.

The NGO chose to launch the event in Wanchai, a neighbourhood where old meets new, to reach different audiences including families, office goings, teenagers and elderly, Lam explained.

She added that the result was very positive, with over 790 people participating in the two-day event. In comparison, UNHCR’s regular film festival saw around 700 participants across two weeks of nine screenings.

“It is increasingly difficult for us to raise public interests on the issue, either because most people already know the refugee problem and intended to be rational or insensitive,” Lam said. “But in this event, we blindfolded them, let them fully immerse into the audio experience, and it turns out to be very effective. One audience even wrote us an email to thank us for raising the issue.”

Lam said they will consider rolling out similar events to other neibourhoods, as well as invest in more experience-focused campaign which leverage technology.

She added that given the attention it has raised, the NGO is under discussion with several brands and businesses, finding a way to encourage and persuade citizens to take actions and care about worldwide refugee crisis.

The new entity, CtrlShift, is aimed at offering a full suite to marketers for their programmatic and digital strategies...

A news brand covering China tech from the major players to the latest gadgets...

The Facebook Creative Council is comprised of industry veterans such as David Droga, Nick Law, Rob Reilly and Mark Tutssel...

The company is now looking to build on its legacy and expand the appeal of the Lotus brand...