Most Malaysians claim to be aware of the term "sustainability", but their understanding of the concept "varied dramatically", said Entropia Group's new report "Business for Goodness" which surveyed 500 Malaysian working adults.

Lower income groups associated the term with sustaining the economy, as well as human society and lifestyle, while more affluent groups associate the concept with the larger purpose of sustaining planet Earth and the environment for the next generation. Separately, Entropia's report also confirmed Millennials' commitment and increased awareness of sustainability. They also associate the concept with both sustaining planet Earth and the economy.

When it came to race Chinese Malaysians associate the term with the cause of sustaining planet Earth, whereas in the case of Malays, the report said there is a shift to people's daily realities and a slightly stronger association with sustaining the economy.

According to the working adults surveyed, companies investing in sustainability development are considered responsible to society (59.1%), better prepared for the future (44.9%), innovative (33.1%), caring (31.9%) and trustworthy (31.5%). Majority of the respondents (85%) also voiced a preference for the products of such companies over others that are not sustainable, the report said. Additionally, 47.5% strongly agree that Malaysian companies are strongly committed towards sustainability, while 59.4% strongly agree that this is the case for Malaysian companies operating overseas. 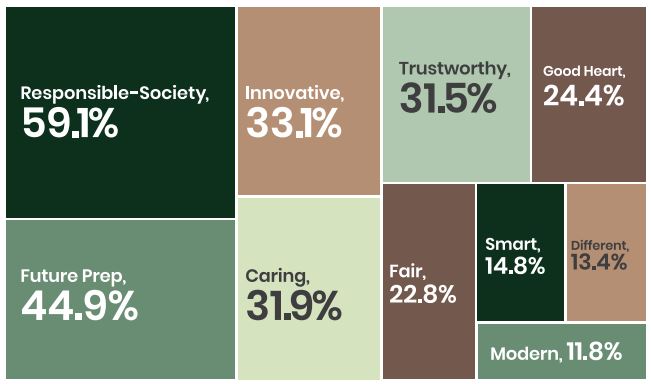 Malaysian companies are also seen to be highly committed to sustainability locally and when operating overseas. According to the report, PETRONAS (36.3%), Tenaga Nasional (29.3%), Sime Darby (20.4%), AirAsia (19.0%) and Maybank (15.6%) were listed as the top five most sustainable Malaysian companies. Meanwhile, PETRONAS (34.1%), TNB (22.2%) and Sime Darby (15.2%) scored the highest when it came to the recall of communications for their sustainability projects. 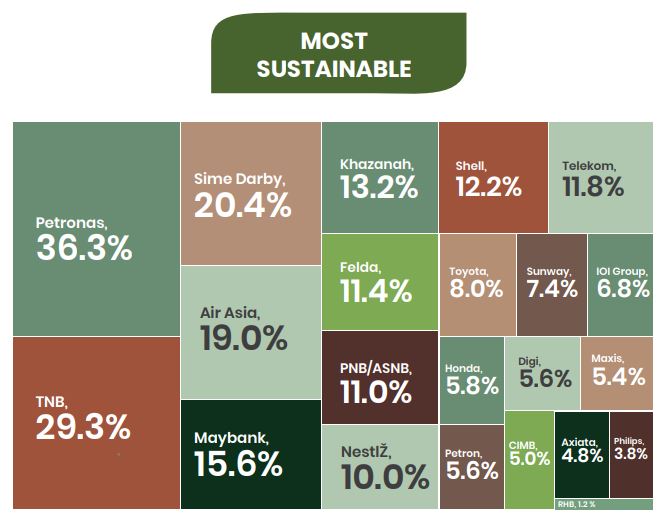 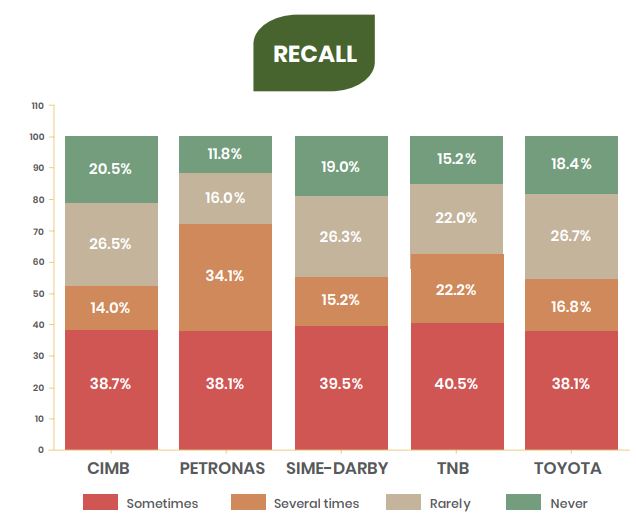 Ramakrishnan CN, partner at Entropia, said it created this report to help businesses understand how Malaysians view the concept and perceive their role in it. The results from this representative sample of Malaysian adults gave Entropia an interesting perspective on consumer expectations, he said.

He added that consumers are standing at the brink of the Fourth Industrial Revolution, and not surprisingly, businesses are gearing up for that change.

"I imagine our role would evolve from mere spectator to active long-term participant in driving awareness and action around sustainable development. Consequently, in the near future, every business will need to redesign itself to ensure its survival. We hope this study strikes the right chord, so your business is not left behind," he explained.