Tenaga Nasional Berhad (TNB) Chinese New Year campaign has racked up over four million views on YouTube since its launch on 27 January 2019. Working with Reprise Digital Malaysia’s, the video titled “The ONG-est Hours”, brings a fresh perspective to the festive season by focusing on the hours after the reunion dinner.

It sees the elders pulling out all the stops with clever tactics and extravagant displays in a bid to stall the younger generation’s departure after the dinner, adding much-loved humour to the mix. The three-minute film also explores common traditions such as “ya sui qian”, a special ang pau that remains unopened for the year to keep children safe from harm.

Reprise managing director Stanley Clement said, “The team was working on the insight that the younger generation spends less time at the family home during CNY. Traditionally, the eve of CNY is a time where families stay up past midnight to usher in the blessings of the new year together and ensure good luck and longevity for all. This is a territory that is rarely explored in Chinese New Year advertisements, thus it presented the brand with a strategic opportunity to stand out.”

To encourage participants to spend time with family members, a microsite has been launched to allow participants to revel in Chinese New Year related activities and tasks. The well-loved character Jero makes an appearance in the form of a limited edition figurine for the top 20 scorers. 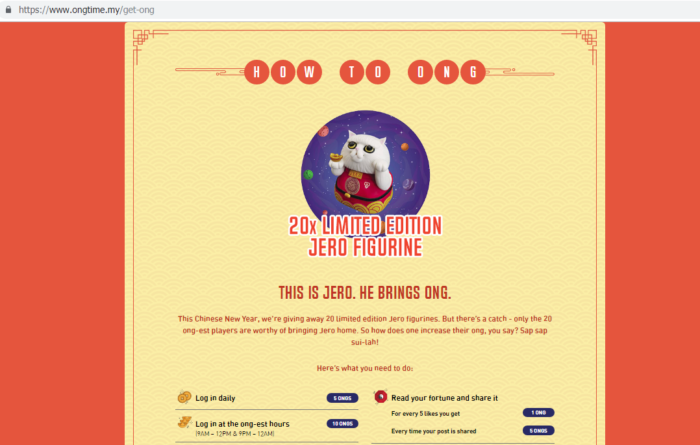 “The microsite perfectly complements the film to highlight the message of the auspicious “Ong” hours, and drives the message that fortune smiles on those who make time for family. Jero has also been a beloved character in a number of our films, and we wanted to present that continuity to fans,” added Clement. The film was produced by Passion Pictures and directed by Darrel Hyon-Le.

Google has just announced that information on a user’s activity will now be fed to Youtube to allow for more relevant ads...

Maurice Lévy has since reiterated the Groupe’s no-tolerance policy towards such behaviour or commentary...

He joins from Telstra Sydney where he was the director of digital media & content. ..

Meanwhile, here's how some of the players in the medical tourism space in Malaysia are upping their game. ..

SERMO's 2018 Influencer Index ranks the top influencers for luxury lifestyle in 18 markets, including Hong Kong and China, as well..