Think your brand is well loved? It might be, but across the border of another country it may differ greatly.

A new study by the MSLGroup shows that consumers from the “Old World” and “New World” countries rate the same companies very differently based on location. This then creates a real challenge for global reputation managers today.

The research finding released by MSLGROUP’s The Reputation Impact Indicator show that different countries and clusters of countries have different amounts of brand love. Respondents in countries such as Brazil, China, India, and South Africa have a more positive perception of companies than their counterparts in North America, and particularly in Europe - where respondents can be said to demonstrate greater skepticism towards companies in general. 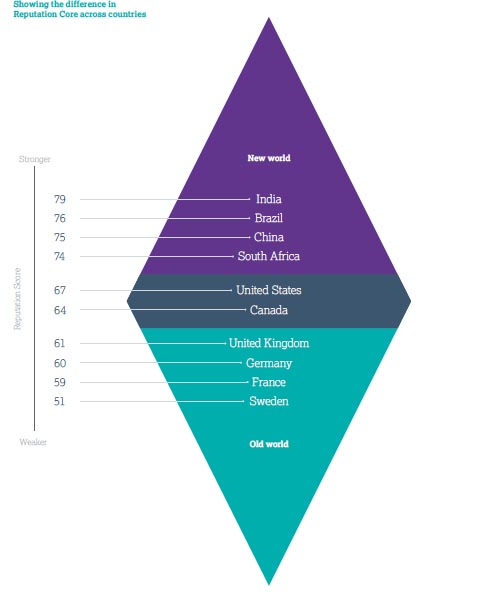 Glenn Osaki, president, MSLGroup in Asia explained that while brands might be global, their corporate reputation is local. Hence, there are large variances in the reputation of individual companies at a country level.

“The differences observed between ‘the old world’ and ‘the new world’ underline the need for a finely-tuned reputation strategy. Brands should avoid a standardised global definition of reputation, but attend to each individual market with insight and care,” said Osaki.

According to the study, a company's commitment to social issues seems to be largely judged as a sum of its perceived overall contribution to society. A positive influence on society has a significant impact on the Reputation Core, and a change in this driver will bring about the greatest change for corporate reputation across all industries – with the exception of pharmaceutical companies. This is mostly because consumers have higher expectations with regards to the corporate behavior of pharmaceutical companies than they do of companies in the other industries.

That is to say, to act in a non-ethical way will be more damaging to a pharmaceutical company than to a company in FMCG, Internet and consumer electronics industries covered in the study. 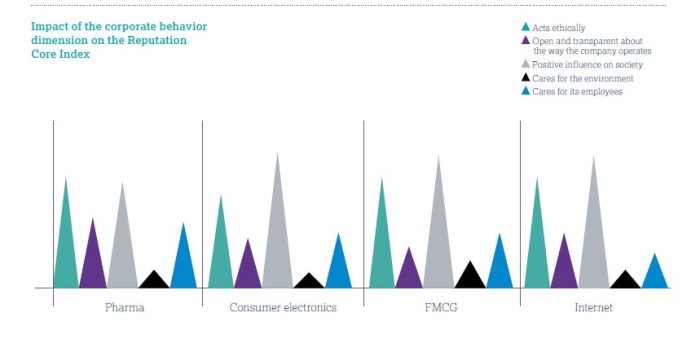 Be in the consumer “mind space”

The Reputation Impact Indicator also highlights the importance of corporate “mind space” – a measurement of how easily a person can relate to a company. In fact, the study shows that those companies and brands which are more relatable and can elicit an instinctive, intuitive reaction among consumers, enjoyed a reputation that was 43% higher on average than those that did not.

Having the “mind space” plays a different but equally important role in corporate reputation compared to people’s rational views about products, services, financial performance, corporate behavior and how those companies manage relationships with consumers.

Here's how to best connect with the community: 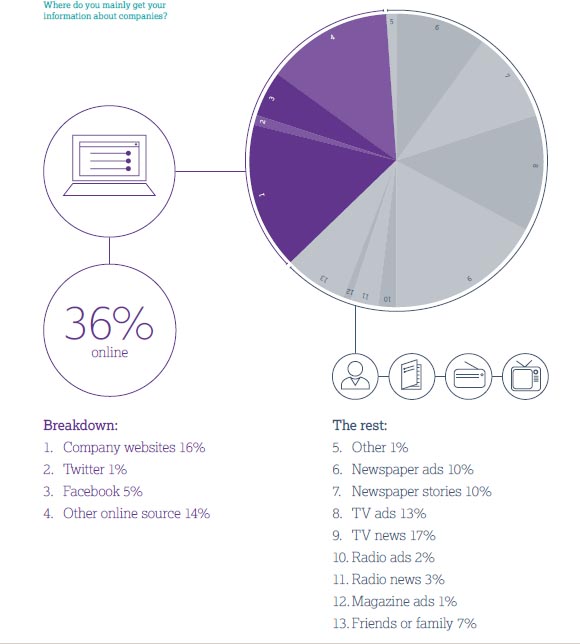 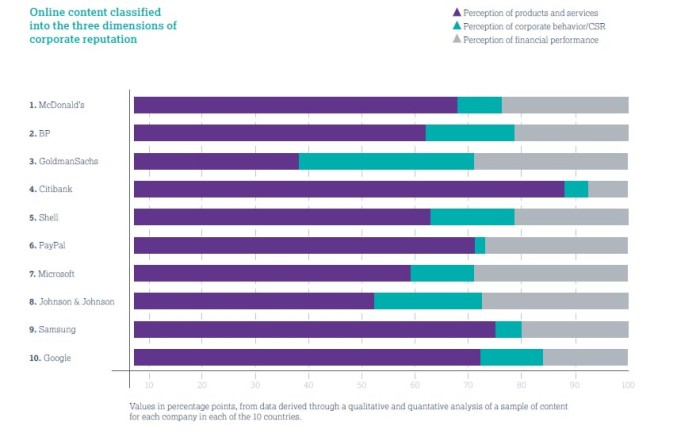 The study questioned over 25,000 people in ten countries and analysed how members of the public worldwide retrieve the information they use to form an opinion about a company.

A statistically validated sample of the general public aged 16–65 in 10 countries was surveyed in the last quarter of 2014 in online panels. A total of 26,467 interviews in 10 countries were conducted, at least 2,500 interviews per country. Countries covered: United States, Canada, United Kingdom, France, Germany, Sweden, China, India, Brazil, and South Africa.