Viddsee shares with Marketing the six key elements that go into making a great brand film.

“So where does my brand come in?”

It’s an age-old question that’s often asked during pitches, and I get it. Why pay thousands for a piece of content – no matter how entertaining or how viral it gets– if the brand only plays a supporting role, or if it doesn’t lead to a sales bump?

This never pops into the mind of the audience, who are watching to be entertained. And if what they’ve committed to fails to live up to that promise, you can expect some unpleasant comments coming your way.

So the question for brand storytellers then is: who do they serve: the audience or the brand?

Part of why that dilemma exists lies in how we see branded content as a product caught between two forces: one that sells, and one that tells. But it doesn’t have to be a zero sum game – good storytelling doesn’t have to come at the expense of brand exposure, or vice-versa. 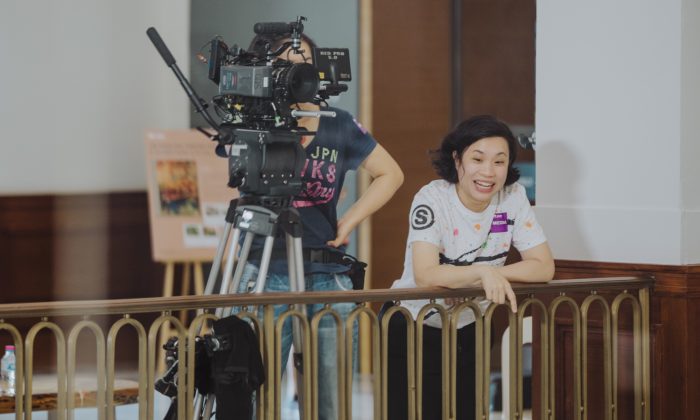 It’s an obvious perspective, but one that takes time to embrace. Having started Viddsee in 2013 as a platform that curates and creates short films, our perspective towards brand films have been shaped by elements of a successful film – compelling narratives, emotional qualities and complex character arcs. Knowing all that, how then do we bake it all in, and still achieve the brand’s objectives?

“Authentic storytelling” isn’t just a buzz phrase, but one that has to be built by connecting with local communities of fans and filmmakers. Sure, it takes time compared to parachuting in an idea, but your content will resonate better, and avoid any cultural misappropriation or insensitivity. (Seriously, how are we still seeing blackface ads in 2019?)

To us, authenticity starts with hiring the right people who are intimately connected to the story they want to tell. For Singapore Tourism Board’s Culture Shaper tribe films, we reached out to our community – filmmakers such as Wee Li Lin (first picture), Sabrina Poon and Don Aravind – who are themselves culture shapers – to tell stories of Singapore’s arts and culture scene through an insider’s lens.

Scout out your filmmaker through their short films

Short films aren’t just there for your entertainment – it’s a great way to suss out the right filmmaker for your project. It’s through their short films (and yes, they all have one) that you get a clear sense of their influences and visual style, allowing you to better match your brand film goals with their creative vision.

Take Daniel Yam, whose talent in capturing the emotions in family and relationship dramas such as ‘Time’ and ‘Destined’ carries through in International Organisation for Migration’s (IOM X) and USAID’s ‘Open Doors: Singapore’, and Mamonde’s romance series, ‘Bloom’.

Don’t make your brand the hero, be part of the hero’s journey

The traditional advertising narrative seeks to create a problem that’s solved by the brand, the hero of the film. It’s a trope that works as an ad, but not in brand storytelling, which requires authenticity and the audience’s buy in.

In examples such as Volvo’s “Defiant Pioneers” or Vaseline’s ‘Visible Scars, Invisible Strength’ docuseries, we see the brand playing a supporting role in empowering the subject – the real hero – in pursuit of their passion.

Don’t be afraid to go long

One of the reasons brand stories fail is because of a lack of emotional complexity: in trying to entertain, engage and educate viewers in 60 seconds or less, we often get films that fall flat, and played out by unrelatable characters.

In analysing the thousands of short films on our platform, we found that the most engaging ones such as ‘Homecoming’, ‘Drive’ and ‘Cash Only’ showed three or more emotional qualities, taking viewers through a roller-coaster ride of fear, surprise, disgust and happiness that kept audiences engaged throughout the film, whether it’s five or 30 minutes long.

How frustrating would it be if one of your favourite TV shows changed from being a light-hearted comedy in one season to a heavy-hitting drama in the next?

In the same way, brands need to ask themselves how their stories can not only entertain audiences in the short term, but also build a sense of anticipation for more. As with Jollibee’s #Kwentong series, a yearly anthology of stories that have been going strong for the past three years thanks to its consistency in concise, touching and uplifting love stories.

Another stellar example is DBS Sparks, a 10-episode mini-series that follows a group of young bankers, which spawned a musical last year and is in the midst of producing a second season this year.

Content shouldn’t be created in isolation, but as part of a “content universe” where a film is part of a larger strategy that includes cut downs, audience engagement activities, on-ground assets and side stories that are meant to drive top-of-mind recall and conversion. In this way, we reconcile the brand’s goals to capture top-of-mind recall and gain brand love through entertaining the audience.

These short six-second and 20-second “moments” – a boy seen playing his guitar, a girl tying her hair, etc – were then micro-targeted to a person’s gender, interests and time of day. The result was a video in which more than half the audience watched over three-quarters of the film.

The writer is Derek Tan, chief commercial officer at Viddsee.