Design firm Edenspiekermann rebrands Singapore’s co-working community, The Hub Singapore, to Found. According to a press statement,  the meaning behind the name “Found.” signals both a journey and a goal. Primarily, it means a place of belonging, no matter which part of the journey one is on.

The Singapore Edenspiekermann team worked closely with the team behind Impact Hub Singapore to develop the brand strategy, name, logo and visual identity for the new brand, in line with the company’s decision to leave the global Impact Hub network and desire to further scale their operations and reach into the region.

The new logo was founded on the idea of connecting the dots. Two inverse dots – inside the ’o’ and the ‘d’ – are complemented by two solid dots of the same size – inside the ‘F’ and the full stop. On and off; yin and yang; lost and Found. The full stop at the end also grounds the journey of the Found.ers — this is where they belong. Found.’s colour palette comprises a fresh teal against a bold indigo blue, punctuated with red as an accent colour: an homage to Singapore – the little red dot – where Found.’s roots lie. 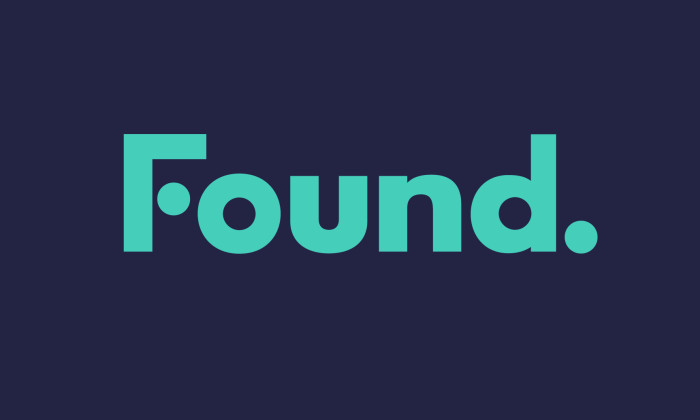 Grace Sai, founder and CEO of Found., added, “It was important for us that our new brand reflected our ambition and vision in building the best network of innovation studios across the SEA region. It needed to capture the essence of being in the Found.community - of courage, collaboration and a fierce passion in creating change in the world. We feel that Edenspiekermann has successfully captured that and more.”

Besides it being a building space and supporting co-working communities, Found. is a network of innovation studios where entrepreneurs and corporates can find coaching, expertise, and partners to "create future-ready solutions".