The Economist launches its first ever daily publication today – in the form of its new mobile app The Economist Espresso.

The digital-only and subscription-based daily publication is filled with 150-word bites of news.

It is divided up into three sections – Today’s Agenda, The World in Brief and Markets and Currencies – which are all displayed within the app rather than linking to external sites. 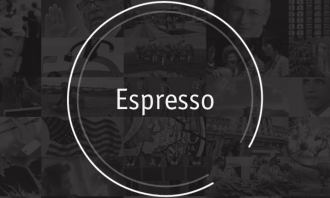 The first screen the user sees when they open the app. 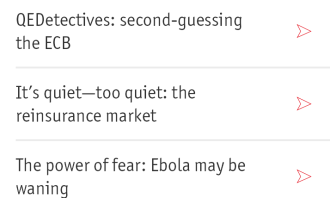 The three sections of news bites. 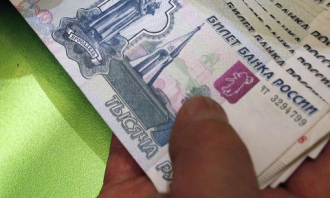 The World in Brief section allows users to scroll up and down to browse news bites.

Here’s a video on how the app works:

Today’s Agenda features snapshots of important news stories, The World in Brief covers what happened overnight and Markets and Currencies stories are based on stock market data and currency exchange rates.

Daily content for the app is published at 6am local time based on cities where The Economist publishes the content from – Singapore time for the Asia edition, London time for the Europe edition and Washington D.C. time for the Americas.

The Economist Espresso is subscription-based and is sold as a bundle with The Economist weekly magazine or as a standalone product. There is a pay wall where non-subscribers can only view one free article per day.

“It’s a guide to the future which is more opinionated than the weekly magazine, global, has an element of being a filter and a circulation-first business model,” John Micklethwait, editor-in-chief of The Economist, said.

“We are taking the old virtues of the Economist and going digital with them.”

Another revenue stream comes from display ads and sponsorship.

The Economist aims for the app to be downloaded a whopping one million times by the end of this year.

The Economist Espresso is published from Mondays to Fridays, strategically freeing up weekends for readers to consume the weekly magazine, which is published on Fridays.

With four editors are based in London, The Economist has added two or three writers to the Singapore and Washington D.C. teams combined to help with the new app, available on both Android and iOS.

What does it do for The Economist brand?

The Economist weekly magazine is known for its in-depth analysis and feature stories angled in a characteristically The Economist way.

A day’s content in the new app could be consumed by a fast reader in just a few minutes.

How can the daily publication meet readers’ expectations for the same quality of content when news bites in The Economist Espresso is so much shorter and needs to be timely? 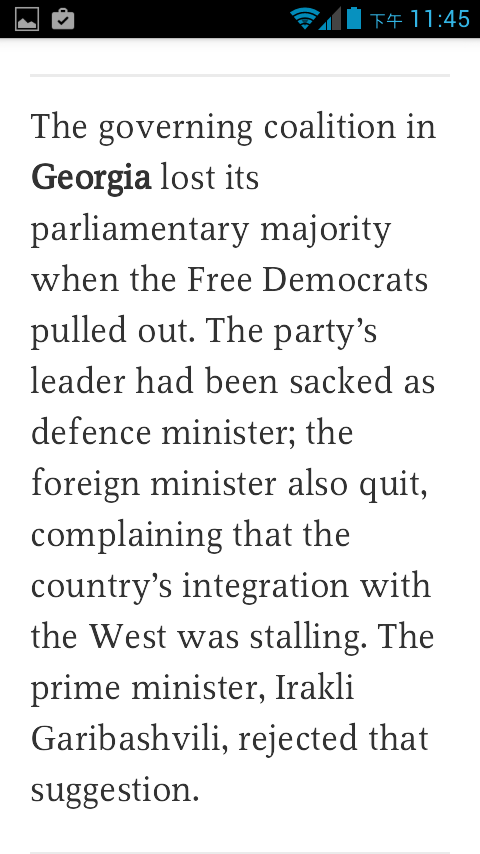 “We have been good at reducing content and it’s a skill we can hopefully bring for the Espresso,” Micklethwait said.

He argues that the app content retains a filter characteristic of The Economist precisely because the most important news need to be selected and condensed into bite-sized chunks.

While news may differ between regions as breaking news develop across time zones, news in the app would not be updated throughout the day after the 6am publication time.

Micklethwait said, “Otherwise, it will become too much of a news product – we just want to catch people as they are going to work.”

The daily app may not necessarily bring in younger readers

When a brand with a long legacy dives in the deep end of the digital world, many assume it wants to modernize its brand image and appeal to the younger generation.

However, Micklethwait says the daily app may not necessarily attract young subscribers.

In the US, around 55% of subscribers pay for the print and digital bundle, while the remaining subscribers opt for either print or digital.

“Among young people who subscribe to our weekly magazine, many of them actually want print probably because they are constantly surrounded by digital and they want to be seen reading The Economist print magazine,” Micklethwait said.

How The Economist is marketing the new app

In terms of digital marketing, the new app is being promoted on social media, through banner ads on CNBC.com and Economist.com, in existing The Economist apps as well as Apple’s app store.

On the print advertising front, the app will be featured in a cover wrap ad in today’s print edition of The Economist and print ads in the annual The Economist & The World in 2015.

The Economist is looking to work on more digital products in the future, according to Micklethwait.

Translating editorial content into different languages, such as Spanish and Chinese, are among the experiments under way.

Micklethwait said, “If we played around with translations in print, it would mean cutting stories to fit into languages and that would detract from our values.”

“Digital products allow you to do things in different ways, even when you are working with the same content.”

C27 seeks to brand Monin as a global name not just for flavouring, but also as a source of innovation and inspiration to mixologis..

Coca-Cola China celebrates city cultures through ‘Faces of the cities’

The beverage giant is launching a series of 23 limited edition cans celebrating the distinct faces of cities in China...

Prior to the APAC MD role, Chawla was GM of Pizza Hut Asia and CMO of KFC Asia...