Election day for Singapore's General Election 2020 (GE2020) is merely days away, and it is the talk of the town for Singaporeans. According to a Meltwater report, volume of conversations around GE2020 has increased on social media platforms since the start of the elections. Conversations on social media spiked at 5,800 and 6,100 conversations on 30 June and 1 July. This happened in line with the nomination day speeches, and the political debate respectively. 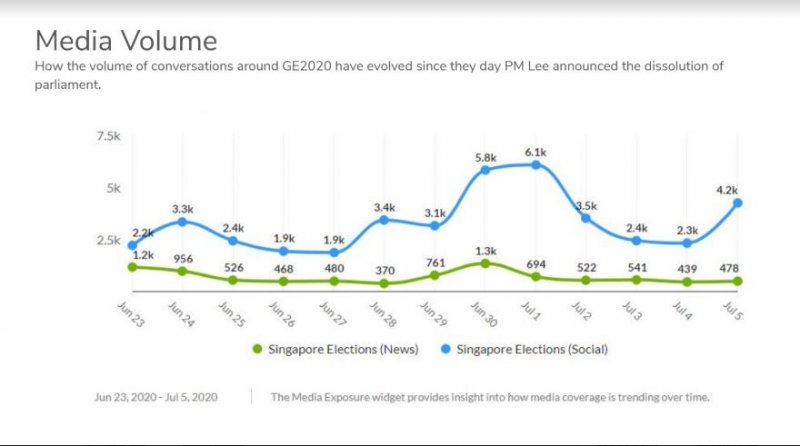 The amount of noise made by political parties on social and media seem to have a direct effect on Singaporeans. In a blog post by Twitter, the most tweeted about political parties on the platform are People's Action Party, Worker's Party, Progress Singapore Party and Singapore Democratic Party and the Reform Party. The data was taken from 23 June, when the elections was first announced, to 3 July. Additionally, Twitter also revealed a list of politicians that were most talked about by its users. Topping the list are Raeesah Khan, Jamus Lim, and Fadli Fawzi from Worker's Party, as well as Lee Hsien Loong and Tan Chuan Jin from the People's Action Party. 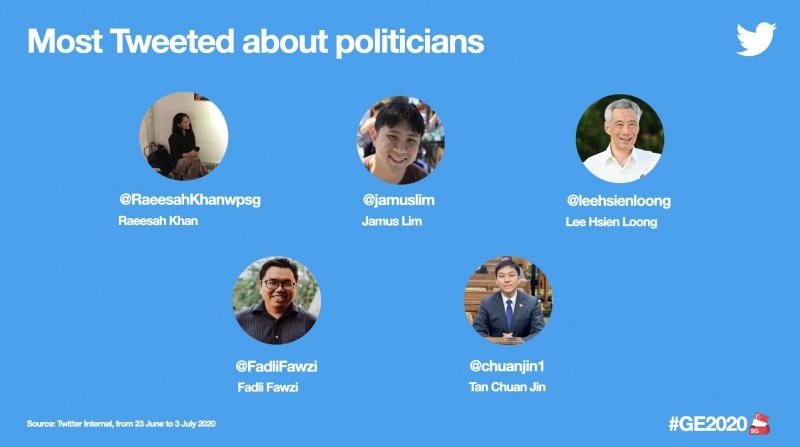 Mimrah Mahmood, senior director and partner at Meltwater said: “The focus on social and digital media channels is more important than ever in this year’s general election, as most of the campaigning is being done virtually. This presents both an opportunity and a challenge to political parties." He added that parties and candidates with a strong online footprint are likely to have the upper hand in virtual campaigning. "For those who don’t, now is the time to step up efforts to increase digital presence in order to stay relevant and connected to voters," he added.

GE2020 being at the front of Singaporeans' minds, brands have also been quick to jump on the bandwagon with their ads. Brands such as Nando's Singapore, Caltex Singapore, Circles.Life, MyRepublic, and Durex joined in the conversation of deputy prime minister Heng Swee Keat's nomination speech for the East Coast residents, tapping on his now-infamous phrase "having a plan for East Coast".

Share your thoughts with us journos in the newsroom and be part of our Instagram community to catch the behind the scenes action, industry updates and creative inspiration!