Singapore Tourism Board (STB) has designed an innovative installation to offer an immersive and engaging experience for people to learn about the city. Named “City of Possibilities”, the physical model featuring eight well-known landmarks will be used to showcase Singapore at global trade shows and consumer events. Using several technologies, the model also brings users on a virtual tour around the locations.

Each of the eight landmarks has its own hotspot pad on the model. When an avatar is placed on these, the corresponding interactive tour is initiated on the large digital screen in front; and if both avatars are concurrently on the console, a split-screen is activated to accommodate two users. By simply rotating the avatar, users can change their view of the 360-degree video tour and select which activities they want to learn more about.

STB digital and content director Terrence Voon said, “In line with our vision to be an agile, bold and creative marketing organisation, City of Possibilities was conceptualised to allow users to experience Singapore even without being here.”

The interactive experience leverages on technologies such as 360 video, radio-frequency identification, and 3D printing to bring Singapore to life. Headphones with ambisonic spatial audio provide an immersive experience.

The activation allows users to explore the city through the lens of Singapore’s seven passion tribes, and provides a large variety of experiences, from walking through the Cloud Forest (Explorers), to taking a ride at Adventure Cove Waterpark (Action Seeker), and even going behind the Long Bar at the new Raffles Hotel (Socialisers). The eight points of interest are Marina Bay and Sentosa, Gardens By The Bay, Marina Bay Sands, National Gallery, Siloso Beach, Merlion Park, Esplanade, Resorts World Sentosa, and Raffles Hotel.

The concept was created by TBWASingapore, alongside STB’s production partner, AIRBAG Productions.

“We were looking for a novel way to showcase the best of Singapore, and continue expressing to the world what it means to imagine new possibilities and create new realities. This combination of detailed craft and engaging tech provides a unique immersive experience for businesses and tourists alike to explore and discover what Singapore has to offer,” said Toby Thurston, head of technology at TBWASingapore.

The activation was first launched last month at ITB Berlin, the world’s largest travel trade fair, and was most recently showcased at STB’s Tourism Industry Conference in Singapore earlier this week. It will continue to be displayed at various events across the globe, including Frankfurt, Las Vegas and Barcelona. 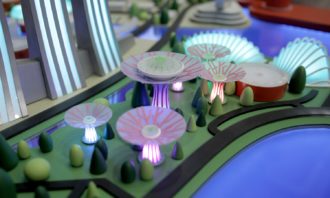 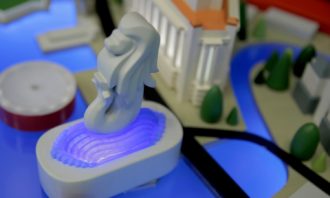 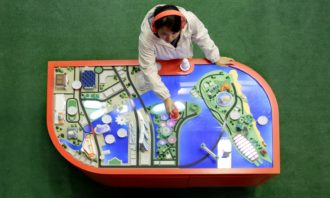 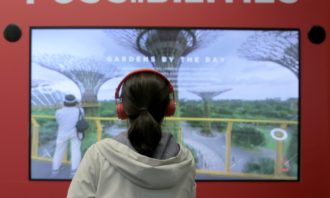 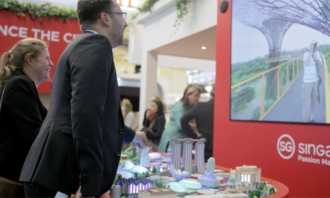 6 must knows in customer experience

“I want to touch a dog” event strikes nerve in Malaysia

The "I want to touch a dog" event has pulled in mass media attention and struck a nerve with religious authorities...

[WATCH] Choose your race with BFM and Intermark

BFM and The Intermark have partnered up to launch Race to the Top, promoted by a sequence of interactive decision making videos...

Grab does a backflip on its ride rewards and loyalty update

Most recently, Grab changed its GrabRewards loyalty programme and saw some pushback from netizens...

In Indonesia, over half of Indonesians have at one point accessed an OTT TV service, and 44% of consumers subscribe to multiple OT..