Starbucks has wittily tweeted a response to the viral screenshot of a Starbucks cup in the recent Game of Thrones episode. The tweet read that the coffee giant is “surprised” Daenarys Targaryen (played by Emilia Clarke) did not order a Dragon Drink. The Dragon Drink refers to a Starbucks beverage that can be customised albeit not on the standard menu. The character Daenarys Targaryen in Game of Thrones is known for her possession of dragons and the bond with those creatures.

The Starbucks cup was spotted by eagle-eyed fans on Sunday and the screenshot of it has since been circulating on the Twitter sphere. The online space was filled with netizens making guesses as to who might have intentionally placed the Starbucks cup infront of Daenarys to sabotage her, majority hinting at Sansa Stark given the jealousy between them in the series. Others were also having a ball tweeting gifs and encouraging Starbucks to “capitalise” on the cameo, while also creating a Game of Thrones-inspired beverages for consumers.

Starbucks marketing team after that FAIL by #GameofThrones pic.twitter.com/Uw6NBXJvEP

I mean, clearly @Starbucks needs to capitalize on this and make a #GameofThrones drink available for us all to enjoy. 😉

This was at my Starbucks a couple days ago! pic.twitter.com/7Bi9CYA3UF

Is it me or did Sansa plant the Starbucks cup in front of Dany as part of an elaborate plan to take her down? pic.twitter.com/O4tvoiyDxd

A Starbucks must always be in Winterfell.

Since the airing of the episode, international news publications have also covered episode adding PR value for the coffee makers. Articles have appeared in news sites such as Wall Street Journal, New York Times, AdAge, BuzzFeed News, Forbes and several others.

Meanwhile, statistics by Digimind infer that the coffee cup appearance impacted mentions of Starbucks in the SEA region. Looking at the number of mentions about Starbucks in the region, there was a spike in mentions on 6 May from approximately 50 mentions a day over the week, to 434 on 6 May. The hashtag #GameofThrones were used in mentions over 1,000 times. 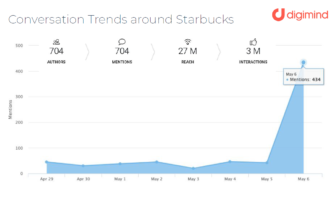 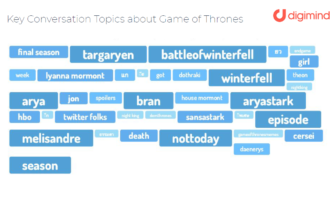 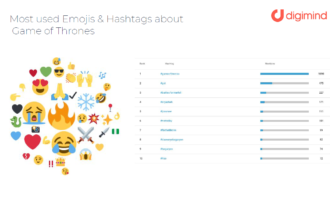 Statistics by Meltwater also show that the conversations around the gaffe peaked today. According to Meltwater, the overall sentiments have been positive and key trending themes were around the beverage brand and the show. These included “Starbucks”, “Game of Thrones”, “Daenarys”, “Winterfell” among others. 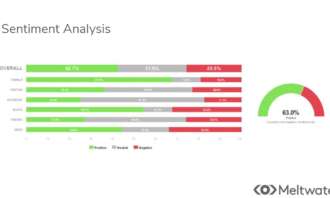 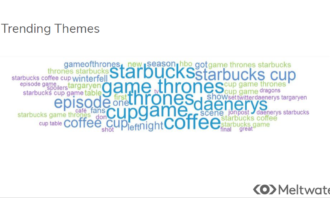 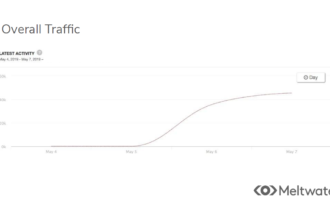 Meanwhile, HBO also released a statement on its Game of Thrones Twitter page, saying the Starbucks’ latte appearing in the episode was a mistake, adding that Daenerys had ordered an herbal tea instead. Clearly, HBO also found humour in the blunder.

The latte that appeared in the episode was a mistake. #Daenerys had ordered an herbal tea. pic.twitter.com/ypowxGgQRl

According to a New York radio station, Bernie Caulfield, executive producer of Game of Thrones said in an interview the gaffe was “rare” as the team behind props and decorations “always gave their 1000%”. She also joked that Westeros was the first place to have Starbucks, calling it a “little-known fact”.

Brand cameos are not new in the entertainment industry. In August last year, an iconic little bottle with a silvery red foiled top called Yakult made a cameo in Netflix’s teen rom-com To All the Boys I’ve Loved Before. However, some netizens called out Netflix for confusing the brand’s origin in the show as the sister of the female lead referred to Yakult as a “Korean yogurt smoothie”. The tweet garnered 80,636 retweets 26,105 likes, as Yakult’s origin (Japan) became a point of conversation.

Volvic taps on influencers to go the extra mile

The film details the struggles to fight through the pain barrier and push past a person's mental and physical abilities...

The ad was made right here in Singapore and has been entered for the Guinness Book of Records...

Legoland plays it safe with MyTeksi

Ford gets focused in new campaign