Snap Games has unveiled a new gameplay format, Leaderboard Games, that allows users to challenge their friends to lighthearted competitions all while playing on their own time. Leaderboard Games are casual, easy-to-play games that let friends play asynchronously to compete for the top spot on a leaderboard among their own group of friends.

Developed by Snap’s own games studio, the first two Leaderboard Games are called “Find My Friends” and “Slide the Shakes.” In “Find My Friends,” score points by picking friends out of a crowd in increasingly crazy scenes. The faster they’re found, the higher the score. 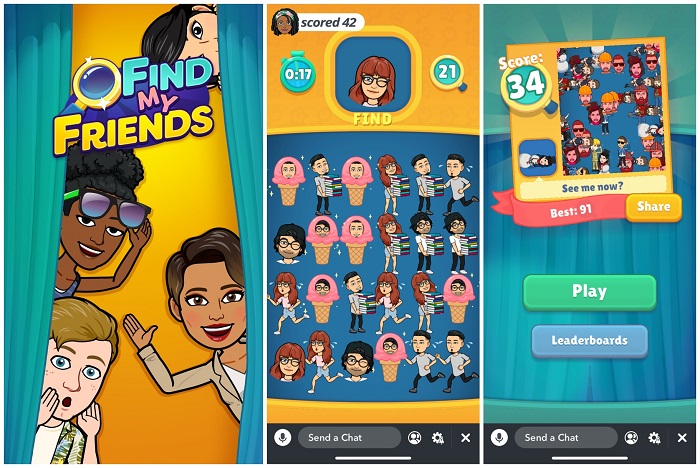 In “Slide the Shakes,” serve delicious milkshakes to friends by sliding them along the counter. Players need to navigate moving platforms, slippery ice and even giant swinging wrecking balls. 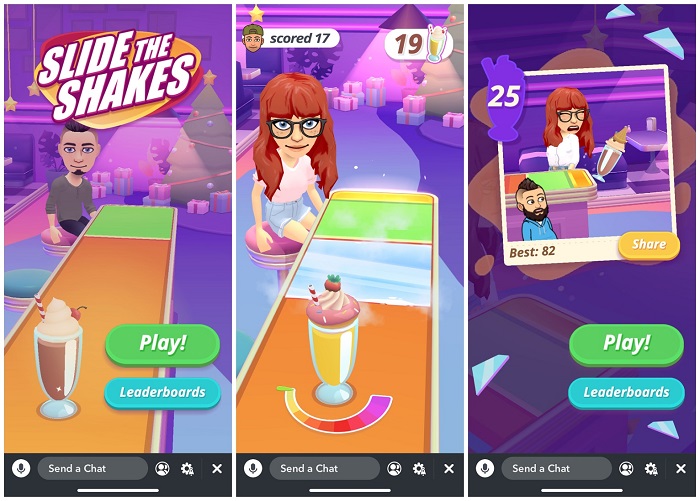 According to the company, this style of play complements the real-time multiplayer games found in Snap Games, which was launched in April this year. Leaderboard Games also introduces a new feature called Score Streaming, which shows Snapchatters their friends’ live scores while they’re playing with one another. When friends are playing the same game through a shared conversation, players will also see their friends' Bitmoji peeking over the chat bar, just as in Chat.