As part of ongoing efforts to discourage tobacco consumption, the Ministry of Health (MOH) has proposed introducing a standardised packaging with enlarged graphic health warnings on tobacco products sold in Singapore.

Called the “SP Proposal”, the report states that the new packaging will involve removal of all logos, colours, brand images and promotional information on the tobacco products. This excludes the brand names and product names displayed in a standard colour and font style. In addition, the proposal also cites that there will be an increase in the minimum size of the mandatory graphic health warnings, from 50% to 75% coverage of all specified tobacco products packaging surfaces.

Here are images of potential looks: 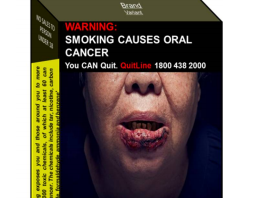 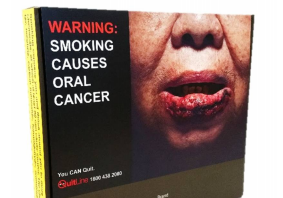 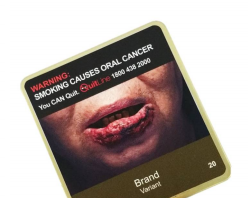 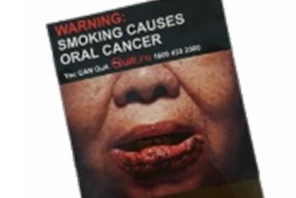 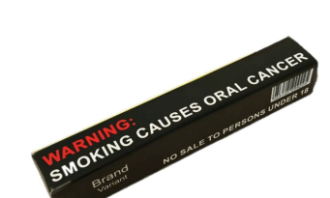 This comes following reviews and evaluation of both local and international studies as well as, several rounds of public consultations since 2015. MOH aims to achieve the five public health objectives such as reducing the attractiveness of tobacco products and the ability of tobacco packaging to mislead about the harmful effects of smoking. This also further includes eliminating the effects of tobacco packaging as a form of advertising and promotion and to increase the noticeability and effectiveness of graphic health warnings to better inform smokers and non-smokers the risks associated with tobacco use.

In a conversation with Marketing, Katie Ewer, strategy director at JKR Singapore said that when 23% of Singaporeans smoked back in the 1970s, packaging was just one part of the marketing mix for tobacco brands.

“You could build brand equity on billboards, print ads and through merchandising as well as through your pack. All of those avenues to brand building have been closed to tobacco brands in Singapore for years – this is simply the next step in the journey,” she said. Though it’s true a brand is not just a logo, you can’t build new iconography without the media to do so.

“The question is not how tobacco brands can fight the inevitable, but how can they innovate to remain relevant in a tobacco-free world? Tobacco companies will need to work closely with governments to develop an alternative vision for their businesses. This is where the exciting stuff will be happening in the next five to 10 years,” she added.

Meanwhile, Luke Lim, CEO of AS Louken Group said that the removal of logo has little impact on the brand, pointing out that customers in this segment are “quite sticky”. For brand engagement, name, stories and content among others, can be utilised accordingly in a synchronised fashion as  logo is only one part of the equation, he added.

However, Lim said that the new packaging will seem “less attractive” to new users, which is ultimately the government’s objectives.

MOH also stated that sufficient notice will be given to the tobacco industry to inform of the finalised specifications of the SP Proposal. A transition will also be provided to allow a sell-through of old stock and to ease the implementation burden on the industry. It will introduce the SP Proposal to the Tobacco (Control of Advertisements and Sale) Act (Cap. 309) in early 2019, while legislative amendments will also be drafted to preserve the legal position for tobacco-related trade marks under the Trade Marks Act (Cap. 332) and tobacco-related designs under the Registered Designs Act (Cap. 266). If enacted, the new measures may be expected to take effect from 2020.

Read also:
A smoky future: Marketing a product associated with the dark side of life
Major tobacco companies found to be secretly using influencers to advertise

Tech glitch: How do you bounce back when your app goes rogue?

NBC apologises to Koreans for ‘insensitive’ remark during Winter Olympics

The correspondent had remarked that "every Korean" revered Japan for its recent achievements as a nation...

Hong Thai (康泰) has embarked on an emotional branding effort to appeal to families in Hong Kong...

To increase its brand visibility, Barclays Wealth, the wealth management division of UK-based Barclays, has inked a three-year par..

The campaign is aimed to raise greater brand awareness among the professionals, managers, executives and businessmen...