Selangor witnessed the highest number of domestic tourism receipt with a total of RM13.2 billion, according to the inaugural Domestic Tourism Survey by State 2018 survey by the Department of Statistics Malaysia. Selangor was also the most visited state with 30.2 million visitors. 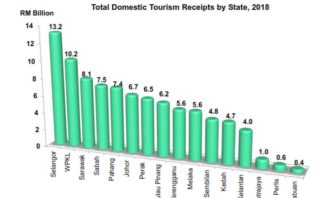 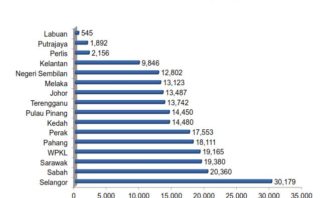 Overall, the tourism industry continued to record a better performance in 2018. The share of gross value added tourism industries (GVATI) to GDP increased from 14.6% in 2017 to 15.2% in 2018, garnering RM220.6 billion. The growth was supported by retail trade and F&B with a combined share of 63.6%.

Wall’s Ice Cream reaches out to the youths via a digital campaign that involves dancing fingers for its flagship brand Cornetto. ..

The spot was created by Leo Burnett Indonesia, Directors Think Tank and AOI-Asia...

This follows a pitch which concluded late last year...

She joins SCMP from the Financial Times, where she was global head of business partnerships and content marketing...

The missing of a "major milestone" in launching a paywall was one of the factors leading to the closure, revealed editor and CEO J..