Late last year, Donald Trump's campaign put out a press release that stated  he wanted a "total and complete shutdown of Muslims entering the United States until our country's representatives can figure out what is going on."

One airline attempted to capitalise on the well-known and controversial statement on Twitter yesterday.

Royal Jordanian, the Jordan-based carrier, hoped to turn the US presidential election last night into bookings with this ad:

"Just in case he wins ... Travel to the US while you're still allowed to!" said the ad simply, before announcing the airline cost to Chicago, Detroit and New York. 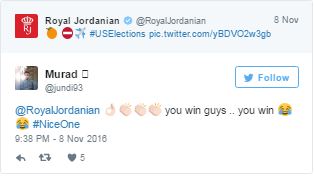 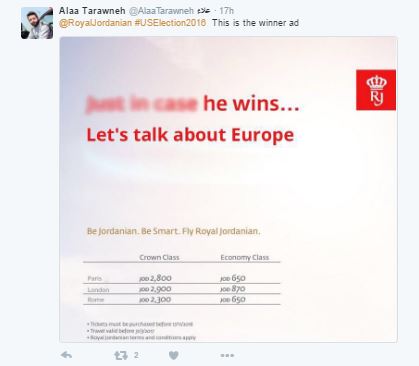