Resorts World Sentosa (RWS) has come out in defence of a recent out-of-home execution for its upcoming Halloween Horror Nights event. The executions were found at bus stop shelters at Bugis Village, Clarke Quay and Hotel Rendezvous.

The bus stop execution features a marble wall commemorating lives which were â€śinnocently taken in the Southpoint Mall collapseâ€ť (a fictional tragedy, of course). On the wall were misspelled names in alphabetical order followed by flowers and pictures of the â€śdeceasedâ€ť placed at the foot of the wall.

In a conversation with Marketing, a spokesperson from RWS said that the company was aware of the â€śvariety of reactions on social mediaâ€ť. The objective of the campaign was also to creative drive awareness in an eye-catching, original and unconventional way. This was to give horror fans and the public a sneak preview of what they can expect at the event.

â€śThe outdoor display ad has piqued public interest, especially as the Hungry Ghost Festival approaches. Commuters have been curious about the structure and seen taking pictures,â€ť the spokesperson said.

The activation teases one of the attractions which will be found at the Halloween event, Southpoint Mall or a â€śdeath mallâ€ť. On a Facebook post promoting the execution, RWS also linked the post to a micro-site prompting users to buy tickets to the event.

Reactions to the execution were mixed, with some calling out the ad for its bad timing due to the approaching Seventh Month (or Ghost Month) festivities. Some users even threatened to report the ad while two netizens took pictures of the ad and criticised the ad for being â€śtastelessâ€ť on their Facebook pages. 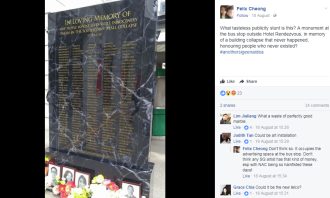 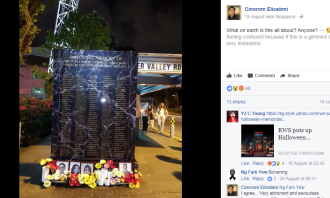 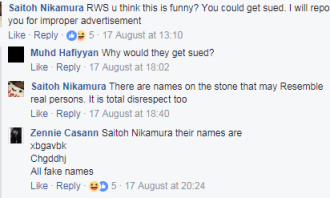 However, there were also netizens who came to the defence of the ad, praising the ad for being â€ścleverâ€ť and quickly recognising that the ad was a teaser for Halloween Horror Night. 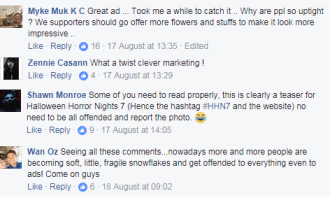 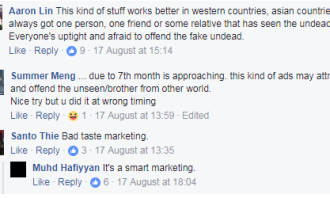 Targeting young adults, the campaign runs on digital, outdoor and cinema ads throughout the duration of the campaign from 10 August to 29 October 2017. The RWS spokesperson added that digital ads will be placed on various popular websites. This is to engage consumers through impactful, interactive formats and sounds through programmatic buys.

RWS also worked with Spotify to develop a series of customised playlists comprising tunes which reflect this yearâ€™s theme for Halloween Horror Nights – which is the seven new incarnations of deadly sins.

Alibaba and Unilever China ink a strategic partnership that will enable Unilever to reach customers across rural China...

About half ofÂ MRM//McCann's business comes from creative and marketing work, while the rest is split between data and technology p..

The label will be lead by Hassan Choudhury, head of music for AirAsia Group, who will take on the role of CEO of RedRecords...

Factors leading to the rise in digital TV

A look at what the growth of digital TV means for consumers and marketers and what the bright future of TV could be...

Lâ€™Occitane tries to distance itself from typical skincare ads which usually aim to convert customers by highlighting scientific cl..