A survey by CSG Research Hong Kong has found that, despite being seen as a strong brand ambassador, David Beckham is unlikely to garner interest for AIA's insurance products.

500 members of the public aged between 18 and 55 were asked to rate the different campaigns on factors such as the ad's effectiveness in conveying the message and whether it made them interested in learning more about the product. The survey was launched in November 2017 and was conducted online.

AXA's Kathmandu is leading on all ratings among the eight insurance advertising campaigns, followed by Manulife (webisode) and AXA (critical illnesses). 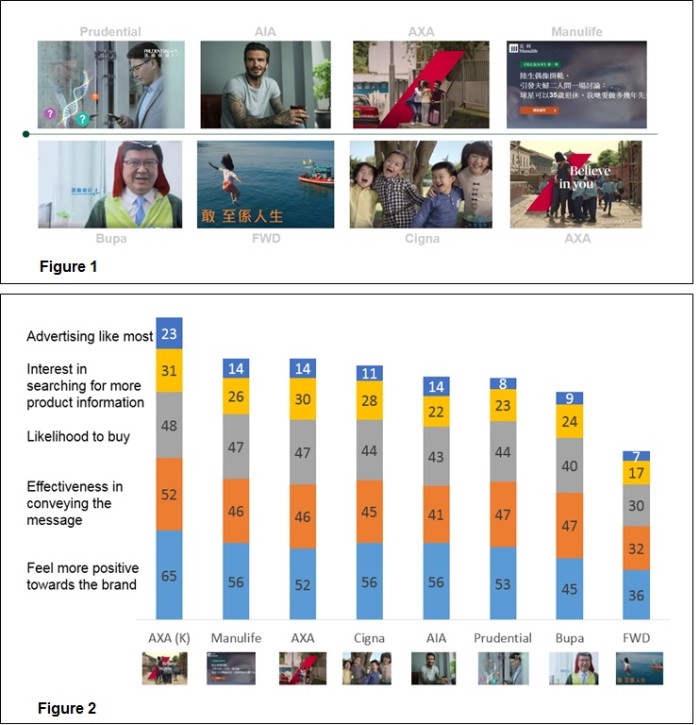 When asked why interviewees like AXA's Kathmandu story, which is based on the journey of Lisa, an AXA client, who was injured during the tragic events of the 2015 Nepal Earthquake, and her path to recovery.

One explained, “it is based on a real-life story, it's convincing and I feel AXA is really empathetic and really care about their customers”.

Meanwhile, FWD's "Live For Now" campaign had the lowest scores across all of the categories. The ad was designed to inspire viewers to live life to the fullest, but the Hong Kong audience perceived it as lacking relevance to everyday life. The story “is too unrealistic with everyday life and lacks relevance to me,” so “I cannot connect the story with insurance.”

Former football star David Beckham was chosen by AIA to become the global ambassador for the brand and to front its "What's Your Why?" campaign, aimed at raising awareness of healthy living in Asia.

While 56% of the people feel more positive about AIA after watching the advertisement, only 22% would be interested in searching/receiving more information about the product.

However, despite being a popular figure among the younger participants (particularly women), many failed to see the connection between Beckham and the insurance brand, with some also commenting that "he is involved with too many products and brand endorsements" and "I could have thought that this is another Adidas ad. It is confusing to know which brand he is representing".

The research company said there are many elements and factors that contribute to the success of each campaign. Although employing a celebrity can generate strong brand recognition, it can often be a double-edged sword, as in the case of the AIA David Beckham campaign.

Donna Cheung, director of CSG Research, suggested that brands attempting to create engaging ads "continue to focus on the customers and connect with them with an authentic message/voice. It is the only sustainable successful strategy for long-term growth."