A new advertisement for a laundry detergent brand in China is turning heads for its blatant racism.

The ad, for Qiaobi (俏比) laundry detergent, starts with a woman doing her laundry, when a paint-splattered black man appears. After inviting him closer, the woman stuffs a laundry detergent capsule in his mouth and shoves him into the washing machine.

To her pleasant surprise, when the load of laundry is done, a young Asian man with a clean shirt climbs out of the machine.

Some commented that's "the most racist ad" they have ever seen.

In a statement of apology, the company said, “We express our apology for the harm caused to the African people because of the spread of the ad and the over-amplification by the media,” the company said. “We sincerely hope the public and the media will not over-read it.”

The brand, whose slogan is “Change begins with Qiaobi,” was said to have just launched at the end of last year but “has been leading the market and in short supply.”

Reaction on social media was swift and harsh, with many comments too salty to reprint.

Why would the Black guy agree to be in this racist advert? https://t.co/SHmftDMqX7

It’s funny that he didn’t come out as a white dude. If we’re to go full racist, that means the detergent is shit.https://t.co/aiJZYFHty0

While the origins of the video aren't clear, Shanghaiist cited an online commenter who says the commercial first aired this month on television, and before movies in theaters around China.

The issue of racism in the country has been widely discussed, this isn't the first time advertisements have featured problematic portrayals of race and beauty standards.

Another recent "racist" example is the promotion for Star Wars, in China, posters for The Force Awakens were altered to minimie John Boyega, a black actor who plays Finn, a central character in the movie. 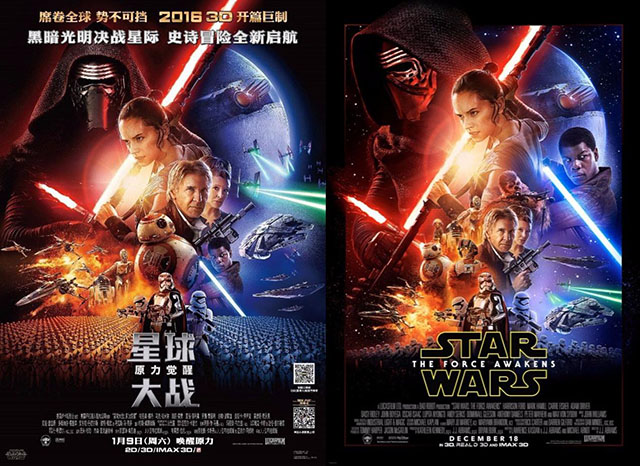