PR is not going to get itself into the boardroom anytime soon, according to experts on a panel at PR Asia 2017.

For the next three years, PR professionals in Asia will definitely make an impact on the C-suite folks, but the boardroom will still be a long wait, Kim Stockham, PR director of travel thought leadership for APAC at Expedia Group, told a room full of PR professionals.

Sharing her sentiment was Royce Shih, VP of sales and marketing for APAC at PR Newswire Asia, who added that three years was unfortunately too short a time frame for PR folks to have a say in the boardroom.

Despite the rise of digital in all aspects of marketing, the metrics and measurement of a company’s PR department remains a grey area for many organisations. This unfortunately does not help in building a case in the eyes of the C-suite folks and the boardroom, as many still think PR’s role is primarily passing on the company’s messages.

“Sometimes the board might feel that the role of the PR person is just to get the messages out, but it’s actually not just that,” she said.

Shih added a lot of board members and C-suite professionals do not realise the full scope of PR, and that it’s very important for them to understand those roles.

“It’s important also to really educate the C-suite on what PR is and what value that brings. You have to put what you do in a way that C-suite executives can understand. The C-level people are used to hearing about metrics, they are used to hearing from marketing talking about conversion and ROI.”

As such, speaking the right language is a necessity. Shih added it was crucial that at the beginning of a strategic conversation, PR professionals agree upon conversion metrics that align with an organisation’s goals.

“You first have to agree on what those conversions are, because if not, PR will become a fluffy thing that you can’t really put your fingers on. But once conversion metrics are agreed upon, that’s when we can deliver on certain business goals.”

In measuring Expedia’s key performance indicators of its PR unit, Stockham revealed the organisation uses a three-prong method which also relies significantly on analysis. She said Expedia, which has brought its PR activities in-house, uses quality of clips as a measurement.

The organisation also has sub-metrics for both positive and negative coverage. This helps the PR team navigate questions on how the coverage can be improved. Last, the company assesses if its key messaging has been picked up by the media. From there, it performs a mathematical equation using data available to see how it can continue to improve those numbers.

During an earlier chat, Deepa Balji, head of communications for APAC at Publicis Media, added it was the PR person’s responsibility to understand the overall business and how the PR function can play a role in the ecosystem.

“Show them numbers. I have an excel sheet and graphs I can pull out in three minutes, of stories, case studies, thought leadership and award wins to show how PR is a strategic function meeting business objectives. You need to talk numbers to win over the trust of the CEOs,” she said. 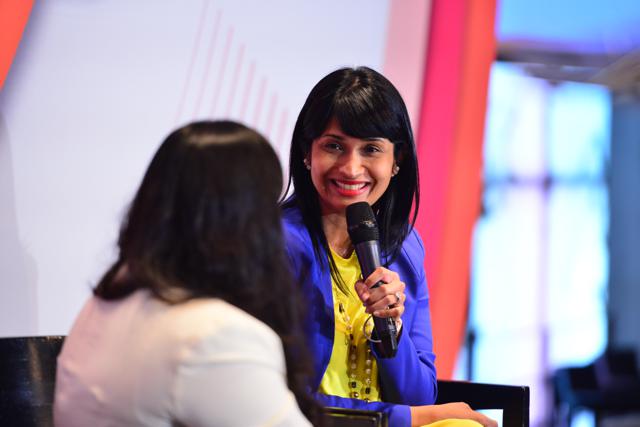 Be the voice of reason

Trust is also gained by being upfront and honest with senior leaders. She is a believer in letting them know why something can’t be done and how things can be done better.

“CEOs are used to everyone in an organisation letting them in on a story. When a PR professional gives a fair and balanced viewpoint he/she usually appreciates the authenticity,” she said, adding:

It’s hard to do, but it can be done with the right tone.

She added that at Publicis Media, more than before, PR is being consulted at the start of the decision-making process rather than later.

“Media relations is just the start of it. There is so much more PR now helps with, from spotting those potholes to helping with employee branding and change management,” she said.

Expedia’s Stockham also added that PR folks needed to break out of their link to marketing.

“You have to say, ‘we help to promote (along with marketing), but are there to protect (in a crisis)’.”

At the end of the day, she added, PR has a very important role to play in supporting the C-suite.