While the Sochi Olympics has been heralded as the part of the vision for a new Russia, is the bad press flooding the opening actually making the country look more bad than good?

According to the Guardian, the Games have been the most expensive in history, with venues and hotels built almost from scratch at a claimed cost of US$51billion, as well as the arrival of 6,000 athletes and team members.

While the entire event is still ongoing, bad publicity is already marring the opening.

As journalists flew in from all over the world, social media has been rife with tweets from these on their poor lodging, for example, the lack of heating, internet, or clean water. 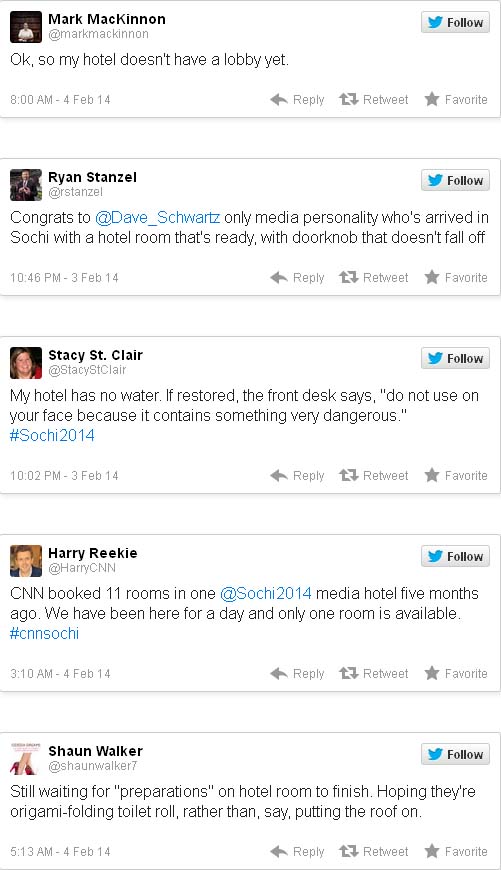 Russia has also ruffled more feathers as reports of it cruelly culling stray dogs before the Games surfaced.

Cyber security has also been an issue, with NBC reporting how one could expect to be “hacked within minutes”, as athletes, journalists and fans saw their cell phones, computers and tablets hacked. NBC News' Richard Engel’ actually advises travelers to the Games to not bring phones or laptops if possible.

An International Olympic Committee (IOC) spokesperson told the Guardian that it was still premature to say the Games are a failure at this stage, however. “Every Games have different teething problems. They have delivered 24,000 rooms now. There are clearly still some issues. Barely a moment goes by when we are not pushing on this," said an IOC spokesman.

Jamie Morse, Hill+Knowlton Strategies, Singapore said that the week before these major sporting events is always a difficult time, as all it is at this point is “marketing without a product.”

“London 2012 had its terrorism threats and the London riots in the lead-up to that event. South Africa, like Brazil now, had its infrastructure issues. So long as the sporting product is strong the legacy left in the minds of audiences is about the sports and not the problems which preceded them,” said Morse.

He adds that executing a reputation management strategy for the Games at this point would be tough, however.

“Even attempting to flood news media with comment from athletes at this point is risky because media will hone in on the issues first as the sports are yet to commence.”

“I am certain the PR agency handling the games and the organizing committee cannot wait for Thursday’s Opening Ceremony,” said Morse.