Running until 27 May, the exhibition - showcasing several scenes in the film - aims to promote the Ryan Reynolds starring live-action Pokémon movie which will be released in Hong Kong on 9 May. On 1 May, a Pikachu mascot participated in the exhibition to meet and greet fans.

With the mainland Chinese government's extension of the Labour Day holiday from three to four days, it was expected that more Chinese travellers would come to Hong Kong to spend their holidays.

"Thanks to the extended holiday, along with the high-speed rail and the Hong Kong-Zhuhai-Macau Bridge, we believe that the number of tour groups and individual travellers would rise within this period," said Yoki Hui, senior leasing manager of Sun Hung Kai Real Estate Agency.

"We also expect that the human traffic of New Town Plaza would increase by 10% and the overall income of the shopping mall would enjoy a double-digit increase," she added. 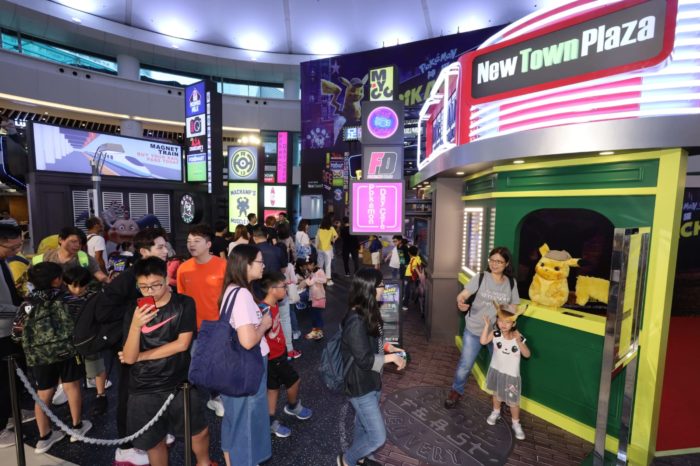 On every weekend until 27 May, the mall will also offer coffee and desserts to designated members at its Pokémon-themed cafe.

Apart from the Labour Day holiday, the mall has also staged a campaign to celebrate Mother's Day, as visitors can redeem a coupon by scanning a QR code at various sites around the mall and uploading an image with their mothers attached to a message.