This is not your typical pop-up fashion store.

PETA Asia, known for its hard-hitting campaigns, have teamed up Ogilvy & Mather Bangkok in its latest campaign opposing the exotic-skins industry.

The organisation opened a fake pop-up shop in one of Bangkok’s most trendy shopping malls and put seemingly ordinary luxury leather goods on display. However, they had a terrifying secret inside.

The inside of the bags, shoes, wallets, and other items was the ultimate definition of gore. They contained fake animal flesh, blood, one bag even had a “beating” heart. Unsuspecting shoppers jumped back in horror, gasping for breath. 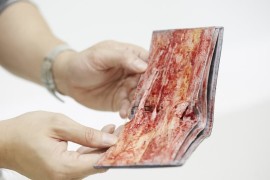 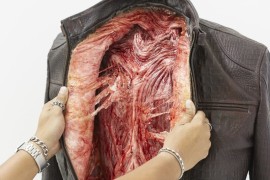 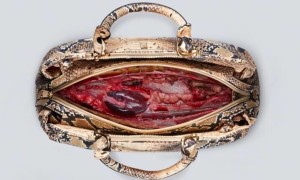 The hardline animal rights group designed to change people’s attitudes to the suffering of animals.

PETA Asia’s vice president Jason Baker said: “Every year, hundreds of thousands of reptiles are crudely bludgeoned and skinned alive, all for the sake of so-called luxury shoes, belts and bags. PETA’s gruesome pop-up shop reminds shoppers that the only way to keep blood and guts out of our closets is to choose vegan clothing, shoes and accessories.”

The current state of programmatic and a look into its future

Coloredge China is headquartered in Shanghai with a holding company in Hong Kong. ..

The front page showed a photo of Muslims performing terawih prayer with the headline “Malaysian terrorist leader”. This was above ..

The launch of the Iron Man Experience to fire up Hong Kong as the super hero takes over the entire city on all communication chann..

Time to speak the native (advertising) language in APAC

Why did it take so long for native to steal the limelight?..

Riding on the theme of "Don’t let excuses get in the way", the HK4As has named the jury for this year's Kam Fan Awards...