What started out as a project with close friends blossomed into a seven-year career on YouTube for JianHao Tan. Today, he heads up two YouTube channels – one named after him, JianHao Tan, and a gaming channel called NotGood Gamers. 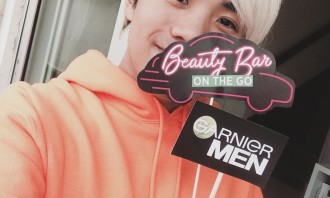 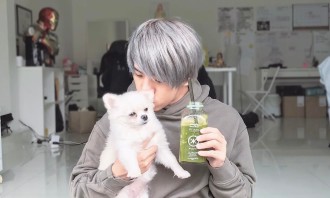 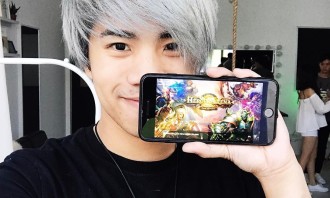 In this edition of Now following, Tan sits down with Marketing to talk about his YouTube career, future plans and some of the most frustrating client relationships.

Marketing: When and how did you start out as an influencer?

I first started my YouTube channel in 2010 having studied overseas in an international school. When I was 18, I came back for about two years to do my national service. After that was done, I applied to private and public universities. I decided not to go in the end because I wanted to take on YouTube as a full time job. I started making videos more regularly in 2014 with my friends, but started my work with brands much earlier in late 2013.

Marketing: What is your claim to fame?

I wouldn’t say I specialise in any type of topic as I tend to make videos which are more random in nature, and I don’t have a formula or style that I stick to. I think my channel is one of the few in Singapore which is able get involved in any kind of topic of my choosing. I can upload full-length videos, a short film or a one-minute video of just my dog and it would still be something which works.

Marketing: How would you describe your followers?

My followers tend to fall between the ages of 13 to 35 years of age, according to what is seen on my analytics.

For the ones which fall into the 13 to 18 age group, despite not being the largest group in terms of following, they are definitely my loudest. These followers are the ones who are the most supportive; from being present at every fan meet to being the ones who will scream for you at YouTube Fan Fest. They are also the ones who are there for you when you open a new store or launch a new product, and are really excited to see you.

On the other hand, the ones which fall in the 18 to 25 group tend to be a little shyer. They do watch and subscribe to your videos, but they are less likely to approach you in public, unless they are drunk and you see them in Zouk (laughs).

Marketing: Which social media platform is your favourite?

I would say YouTube due to my highest number of subscribers, and also because I see myself as a YouTuber rather than say an Instagram influencer. YouTube also ranks the highest for me in terms of engagement.

Personally I don’t find Facebook very helpful. It’s not something which is for Millennials, but rather it is for those over the age of 25 to complain about their working life, write long rants and promote themselves and ask for help and recommendations. That’s what I noticed Facebook is for.

Twitter used to be a place where I would interact with my fans and have conversations, but it is no longer the place where we talk now.

Marketing: Why do you think Instagram works well for you?

I think I am consistent with my posts. I don’t try to be like every influencer who finds utmost importance in having great photos and making their feed look nice. That just gets redundant after a while, unless you are a beauty blogger.

If you are a YouTuber, people want to know you, who you are, what you do every day rather than how you look, along with nice photos of yourself – because they can find those on Google or on a website.

And I think I get very personal on Instagram with my fans. I don’t necessarily reply each one of them but I make an effort to reply at least one or two in every post. I direct my posts at my followers and I ask questions to allow for engagement.

Marketing: What should brands consider before reaching out to influencers?

The first thing brands need to do is consider an influencer’s target audience. They need to ask “Who do you want to target?” Brands need to know who they are targeting first before deciding which platform they should be targeting consumers on.

Marketing: How do you seamlessly integrate client products into your social channels?

It is difficult to list a general process as every client is different.

I think the market is currently not well developed enough to have actual measures and processes in place.

It is very hard for us to work around it. Most of the time they give us an idea of what they would like to portray, we will then build a concept around it. If they approve of the concept then we will go ahead and write the full script. The collaborative process is not difficult. If you have a message and want to hire a YouTuber, just trust him/her. Otherwise, you are better off going to a PR agency, hiring a video production company, and doing the video the way you want it.

If you would like to trust the YouTuber (and I am referring to the high calibre ones) then trust him/her. The only exception you should make is when engaging a smaller, less-experienced YouTube content creators. This includes the ones who are still new and have only worked with two to three clients. They tend to get really excited, hence as a marketer you need to know how to manage them. Pay more attention and ask about their plans for the content they are creating.

Dictating, makes our role a difficult one and can drive us to not only lose motivation but also allow us to be less reluctant for the video to do well.  For example, if I worked with a client and I have an idea and I get excited about it, but they try to dictate the process, I would be less encouraged to share or promote the video – and will quickly upload another one soon.

Marketing: How often does this happen?

Very often, I would say one in every three clients when it comes to YouTube. I don’t get as many issues for the other platforms. On the occasion that I do I would usually not be keen on working with them.

Once I know if a client is a certain negative one, I would put them on a blacklist and never work with them again.

Marketing: What are some of the challenges of being an influencer in Singapore?

The audience is the biggest challenge in Singapore, even the fans – they are the most critical and demanding. For example, viewers demand for regular content but they expect zero ads.

They don’t care about how an influencer earns his/her money, or how they can make a living – they just want the content. I’m not talking about the fans though – but rather, the general audience on the internet. When they get a chance to put you down, they will.

Clients don’t know what they want or how to go about it, but they don’t trust us. They think they know but they don’t. And I can’t describe how frustrating it is because they will come up with their own strange procedures and expect things that you totally can’t do. For example, asking for changes after the video has been uploaded. However, this is impossible because the video has already gotten a significant number of views.

What this means is we have to take it down, edit it and reupload it. Not only do we lose our AdSense money (not that there is a lot), but we lose the views on the video too. It is such a difficult process but for the client it’s just “Change It”.

Marketing: Should brands be treating influencers more like celebrities or the media?

Technically, they should treat influencers like the media, because the process of creating content can get technical. We are uploading content on a media platform, and we are doing pretty much everything that a media platform does.

For my case in particular, I would say media because we have sales team. They do their job, they pitch, they explain to the clients and they manage expectations.

Marketing: Who inspires you?

I am inspired by Kim Kardashian.

I think it’s crazy and amazing how she built an empire just because people care about her. The sex tape (which got her famous) isn’t even relevant anymore. There are so many people, some who are hotter than she is, who get their sex tapes leaked, but Kim K is still one of the hugest examples.

If every sex tape leak can achieve results like Kim K’s – then leaking a sex tape can be an option for me right? I think it’s amazing what she has done and how the whole family built its business.

Marketing: What is next for you?

We are trying to get the gaming channel acquired. So once that goes through, we can just focus on gaming and producing content because I believe gaming is one of the rising industries, especially with VR and so many new games. A lot of money is being spent on VR this year.

For my own channel, I am trying to take on the “personality” route, because producing a skit every week can be quite resource-intensive and take at least three days to shoot.

This decision is also on top of viewers who complain about Singaporean YouTubers being really one-dimensional, and producing skits which cover the different “types” of things. However, when we choose to do something else; we get complaints on why we are deviating from the usual content.

InterContinental hires director of sales and marketing for new launch

Dentsu Malaysia has made a string of appointments and promotions in its account and creative departments.  ..

Brands such as Under Armour, Black Diamond, DuPont USA and Hartford Funds have been quick to adopt the tool. ..

SMRT Media said its latest fleet of double decker buses will allow "for double the exposure and double the impact, non-stop, all t..

The videos form the next phase of GAR’s Extraordinary Everyday campaign first launched in 2017...

Does your name have L, O or W in it? VW might just give you a nice little treat

The move comes on the back of an eight-year low certificate of entitlement premium amount in Singapore...