According to a press statement, the campaign runs from 1 September to 15 October 2017. Success will be measured via pick-up in sales for the new variants and total sales for the NIVEA Micellar Water products. The creative for the campaign was conceptualised in-house, with assistance from the brand’s media agency OMD.

The campaign was also promoted by local influencers Charlotte Lum and Khaw XinLin, who encouraged their followers to create their own artwork using NIVEA’s micellar water products. Khaw was a former NIVEA ambassador during the 2015 time period. 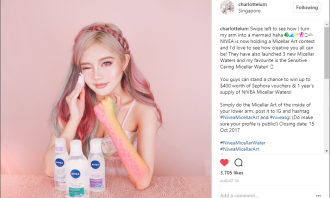 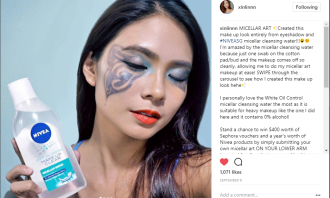 "The company aims to provide an open, transparent and neutral point of view to the public on the strategies of political parties a..

Law will return to the group where he was previously MD of media agency MEC from 2009 to early 2015...

Nanyang Polytechnic on the search for social media partner

The appointment will be for one year. ..

The company was raided by government officials earlier this year. ..