The campaign which uses the #StartwithNESCAFE hashtag, is targeted at coffee lovers who are active on Twitter.

“With Twitter being the perfect platform for casual conversations, Nescafé is able to capture and analyse the conversation tone, platform and topic which lets us engage with our core audience,”

The ongoing campaign is Nescafé first Twitter campaign to build awareness in preparation to roll out larger campaigns from other touch points in 2014.

For this campaign, creative and digital duties are executed by Mitosis while NomNom advocates seeding to amplify the conversations. 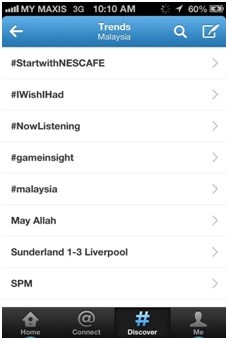 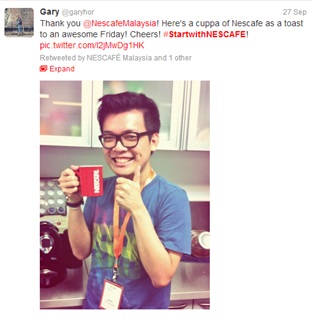 Protest comments get Taipan mooncakes removed from JD.com and Tmall

The video streaming company launched paid channels globally while calling for submissions for its educational station in the city...

In this newly created role, Liu will lead two Isobar China offices, across Shanghai and Beijing...

A client’s cheat sheet for better work out of agencies

Brief your agency for maximum results with six simple questions. ..

He was pushed to take on the role of Lazada Singapore CMO in January this year, after the eCommerce company integrated RedMart pro..