The function, named fast exit, was launched on 7 September, to let users find out which specific train car and door number to board so you can reach your destination more quickly. 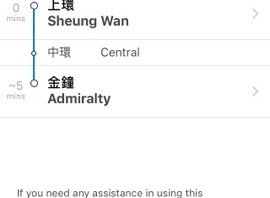 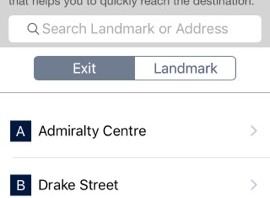 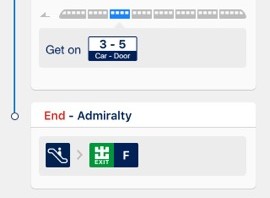 Similarly, the PokeGuide app, which was introduced in 2015, features the same function, which tells users which train door to stand close to in order to get the shortest distance between the train and users’ desirable exit.

PokeGuide’s founders said in its Facebook page that they had met MTR executives three to four times last year in an attempt to ink partnership, and were now very surprised to learn MTR’s latest feature launch.

“We proposed that we can collaborate with MTR, as well as line up with Beacon technology startups, to introduce this in-station location feature. We offered to share our data to them, only if they credit us in the app.”

“Their conclusion at that time was that ‘it’s a great idea, we would discuss it with the other departments’, then we never contacted again. It was not until last week that we know our idea has been used under no further notice,” PokeGuide said in a Facebook post.

The post has now amassed 11k emotions, more than 3.7k shares, and more than 700 comments at the time of writing. Many had tried to tag MTR Hong Kong’s official Facebook page for a response.

MTR Hong Kong told Marketing that the company first noticed the fast exit function in some apps in New York in 2013, while it also noticed some local apps like Pokeguide provides similar features.

“While some customers had been asking for similar functions, we started contacting companies including Pokeguide to explore collaborative potential. We made the decision to add the feature in MTR Mobile after evaluating several pros and cons, including data accuracy and our development path,” it added.

The company also published a response on its Facebook page, which has generated more than 1.9k emotions within two hours.

KFC HK's new viral video: What happened to your dreams?

Q&A with Ms Yeah: how to cook up content strategies

To strengthen up the team, Nugroho as the strategy director will play a key role on driving strategic directions for brands and bu..

5 tips to keep customers engaged with your email marketing

Brands are constantly looking for ways to better engage with consumers, but it may come as a surprise to learn that we already kno..

The new hub will be run in partnership with XM Sofresh...